Irene Dunroe has remained in regular contact with her ex-husband (

The first wife of Britain’s most notorious prisoner Charles Bronson says she “can’t rest until he’s out of prison”.

Irene Dunroe has remained in regular contact with her ex-husband via phone calls and letters to HMP Woodhill in Milton Keynes.

The 70-year-old, from Barnston in Wirral, believes the prisoner, also 70, only grew violent on the inside “in retaliation” to how he’s been treated, reports the Liverpool Echo.

She still refers to him by his birth name Michael ‘Mick’ Peterson and claims he has now turned his back on crime.

Irene said Bronson, who lived in Ellesmere Port, hopes a public parole hearing this summer will lead to his release.

He was first locked up for armed robbery in 1974.

During his time in prison, he has taken hostages in 10 sieges, attacked at least 20 officers and caused £500,000 in damage in rooftop protests.

Bronson is currently serving a life sentence for taking prison art teacher Phil Danielson hostage at HMP Hull after he criticized one of his drawings.

He has spent more than 45 years behind bars, where he has earned the name of Britain’s most violent and notorious prisoner.

He was released in 1988 for a short time before returning to jail soon after.

The prisoner has spent large periods in solitary confinement, having been transferred to countless facilities throughout the UK.

Irene claims he’s “had some of the worst living conditions ever.”

She said: “His crimes are because of the way he’s been treated inside in retaliation.

“The way he’s been treated, some of the things you would not believe. He used to write to me and tell me what had happened.

“The prison had to get him glasses because of being kept in the dark all the time. He’s been fed through a hole in the door, he’s just been treated like an animal.

“It’s no wonder – if you treat an animal [badly] constantly that animal over time is going to turn, and that’s what he’s done.”

Irene and Bronson first met at the age of 19 and went on to get married and have a son, Michael, together.

The couple’s marriage came just two years before Bronson was jailed for the first time.

But it wasn’t until he was sentenced in court that Irene said she found out about the crimes he had committed.

Now, Irene has decided to share her side of the story with the release of her new book: ”The Truth, The Whole Truth and Nothing But the Truth’. 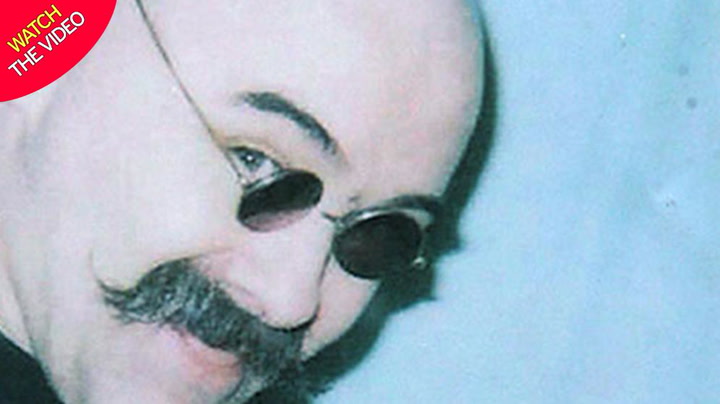 The book lays bare the reality of a family left behind after Bronson went to prison and how Irene lived through years of turmoil and uncertainty as she tried to rebuild her life without him.

“People said I might be able to help other women who have gone through the same situation to show you can move on with your life and you can survive that, although there’s a lot of repercussions,” Irene said.

Irene said she still suffers flashbacks to the day Bronson, who now goes by the name of Charles Salvador, first went to prison and recalls the time he went missing for weeks on end before his arrest.

When she was taken to visit him in cells at the local police station with his dad, Bronson said: “I’m so sorry Irene, I’m just so sorry Irene.”

She said: “I didn’t even know what he’d done, he never told me.”

Irene has remarried twice and went years without any contact to Bronson.

She said: “He said he can’t wait to get out and buy lots of clothes. He can’t wait to have steak, mushrooms and onions – that’s what he’s really looking forward to and fish and chips.

“He’s not into crime anymore. He just wants to enjoy his last few years in peace.”