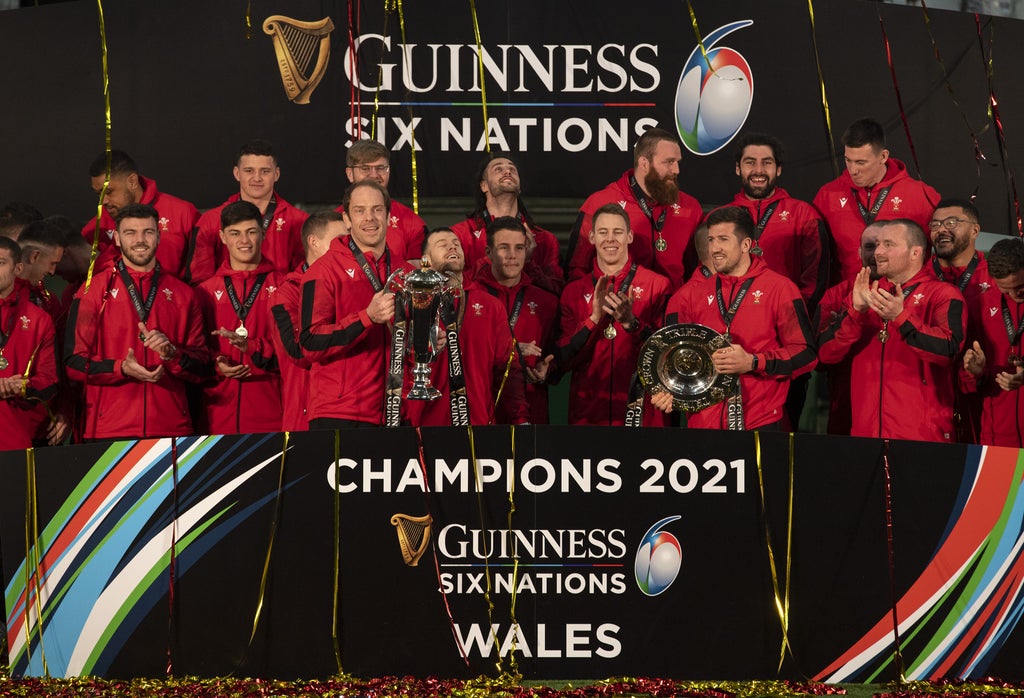 This season’s Six Nations – its 23rd installment – ​​has every ingredient to provide a mouth-watering feast of rugby.

And it says everything about what could lie ahead that defending champions Wales are only fourth favorites to repeat their 2021 heroics.

And while Wales and Scotland are comfortably capable of featuring at the tournament’s business-end in March, it is hard to look beyond Eddie Jones, Andy Farrell or Faben Galthie masterminding a Six Nations title triumph.

England finished a wayward fifth last term, winning just two of their games as Scotland claimed a first victory at Twickenham since 1983 and Jones’ team shipped 40 points against Wales in Cardiff.

Injuries have sidelined key performers like captain Owen Farrell and potent try-scorer Jonny May, but considerable excitement surrounds an England side that claimed world champions South Africa’s scalp during the Autumn Nations Series earlier this season.

In 22-year-old Harlequins sensation Marcus Smith, England arguably possess their most gifted newcomer since World Cup winner Jonny Wilkinson burst on to the international scene as a teenager more than 20 years ago.

Smith already has a Gallagher Premiership title and British and Irish Lions tour in his career portfolio, while he kicked the match-winning penalty that floored South Africa in just a fifth Test match appearance.

There is huge expectation on his shoulders for a relative rookie at the highest level, but the way in which he has accomplished every career challenge so far suggests he is destined for greatness.

England start their campaign at Murrayfield and finish it in Paris, so any title success will certainly be achieved the hard way, while there is also potential for a Grand Slam decider against Les Bleus on March 19.

Ireland should have plenty to say about that, though, and like France, they arrive in the Six Nations bolstered by a momentous autumn victory over New Zealand.

They followed it up by posting a half-century of points against Argentina, while provincial teams Leinster, Munster, Ulster and Connacht all qualified for the Heineken Champions Cup round of 16, with numerous Test players in top form.

And with world player of the year Antoine Dupont leading from the front, they are fancied by many to end a 12-year wait for Six Nations title glory this time around.

If Galthie’s men click, they could prove unstoppable, and arguably their two toughest opponents – England and Ireland – must travel to Stade de France.

Wales, not for the first time, have been hit hard by injuries that mean front-line players like Alun Wyn Jones, Josh Navidi, Justin Tipuric and Ken Owens will play no part in the competition, and George North only has an outside chance as he continues his recovery from knee ligament surgery.

A successful title defense represents a tall order for Wayne Pivac’s team, and a great deal hinges on their opener against Ireland, where victory would provide instant momentum, but defeat might spell a long and arduous campaign.

Scotland remain on an upward curve under the astute leadership of Gregor Townsend, and an opening-day Calcutta Cup clash against England will fire them up for a flying start.

The Scots have never been crowned Six Nations champion but, while they are again outsiders, there is no doubt that Townsend’s squad have sufficient quality to make an impact.

The only area that can be predicted with anything like a degree of probability is Italy being consigned to a last-place finish and the wooden spoon for a 17th time.

New Zealander Kieran Crowley is now at the coaching helm, and while the Azzurri will undoubtedly have their moments, an opening three rounds that see them face France, England and Ireland could hardly be tougher for a country that last won a Six Nations game in 2015 .