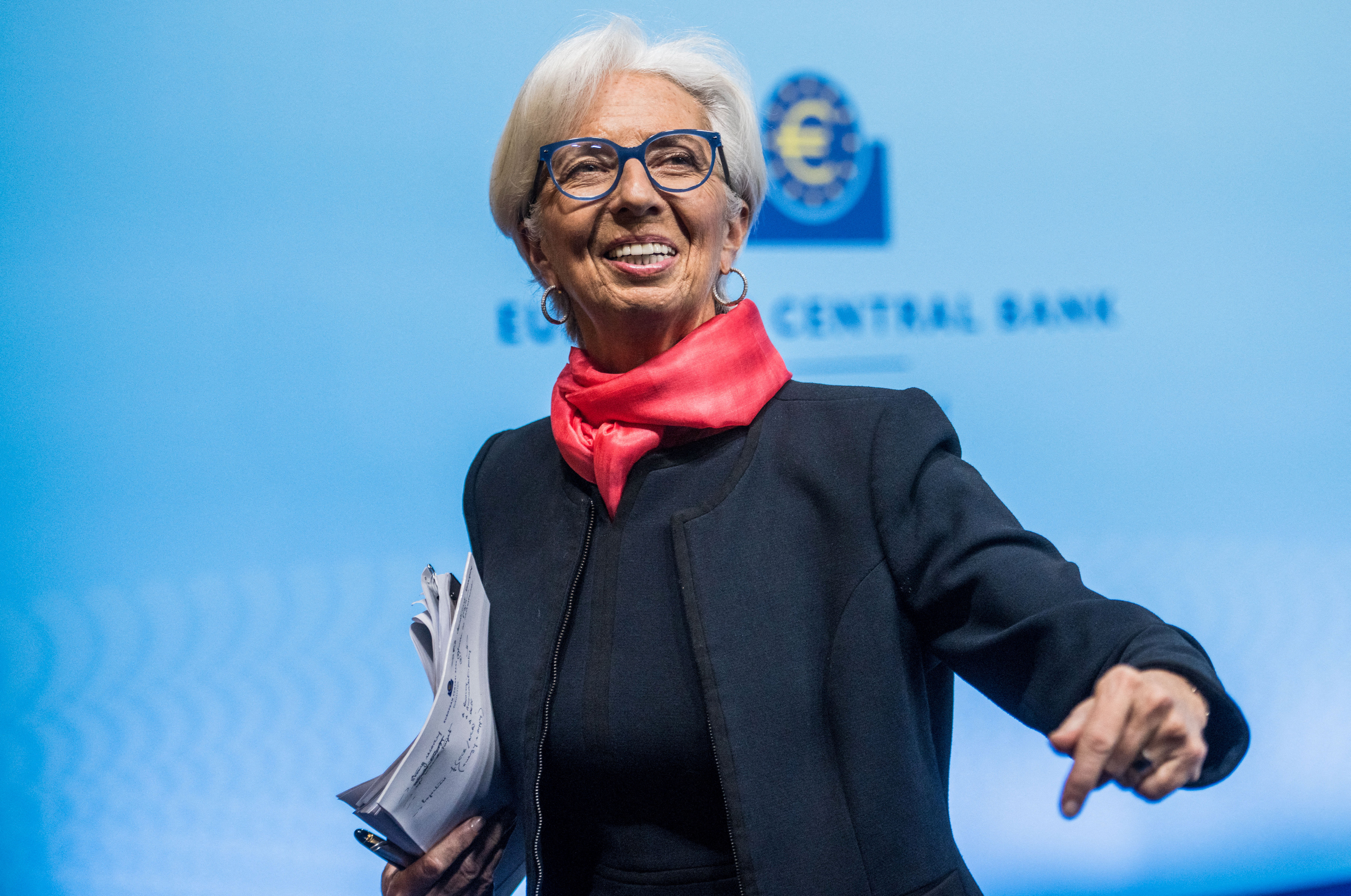 Central banks have changed course to begin to walk, step by step, the path towards the new post-pandemic era. Having used all the ammunition at their disposal – at least eight trillion euros – to face the greatest economic collapse ever experienced since World War II, bankers are now seeking to return to normal by weathering that phenomenon unknown for a decade called inflation. . They have decided to do it at different speeds and even traveling at least two different routes: while England or Norway have already chosen to raise interest rates and the United States plans to do so in 2022, Europe is not even considering it.

Central banks and governments set up an enormous safety net to sustain their economies from the effects of a pandemic that came to completely paralyze the daily activity of their jurisdictions. The think tank The Atlantic Council estimates that the world’s largest monetary authorities have launched debt purchase programs totaling eight trillion euros. At the same time, governments have launched multimillion-dollar fiscal stimulus plans – such as US President Joe Biden’s packages or the European Next Generation fund – to strengthen social services, save companies and protect jobs.

This extraordinary spending has taken the economy from the frigid hibernation of 2020 to a hot 2021. Last year, the North American economy fell 3.4% and prices rose only 1.2%, while the GDP of the euro zone retreated 6.3% and inflation stood at 0.3%. In 2021, the IMF forecasts that the US will advance by 5.2% and the euro zone by 5%. However, high energy prices, supply problems and manufacturing bottlenecks have led to inflation at levels never seen in decades in the US (6.8%) and, to a lesser extent, in Europe. (4.9%). And before that signal, the central banks have decided to act. With different levers.

The European Central Bank (ECB) believes that the situation in the euro zone still requires an expansionary fiscal policy. The institution chaired by Christine Lagarde will move to contain the rise in prices, but with its sights set on an incomplete recovery and now under the threat of the omicron variant. In fact, the Ifo Institute claims that the German economy may contract this year-end.

Although the ECB will reduce the purchase of debt over the next year, it will do so with prudence: from the current 80,000 million it will go to 40,000 in the second quarter of 2022; to 30,000 million in the third and to 20,000 million from October of that year. “On Thursday there was the official start of the withdrawal of stimuli,” summarizes the economist and former Italian Treasury Secretary, Lorenzo Codogno.

The United States will accelerate the pace even more and in January it will cut the debt purchase program in half to end it in March 2022. Thereafter, interest rate hikes could begin to take place. The Federal Reserve’s forecast is that there will be up to three throughout the year. Central bank president Jerome Powell no longer speaks of “temporary” inflation, but of a “generalized” price hike due to congestion in global markets and energy prices.

Climbs in England and Norway

The Bank of Japan has also chosen to start easing its debt purchases. On the other hand, the one in England surprised the markets by opting last Thursday for a 0.25% rise in interest rates. The governor of the entity, Andrew Bailey, justified this increase by the threat of inflation – which is expected to reach 6% in April 2022 -, which puts before the possible effects of the new wave of infections, which on Friday beat a new daily record in the UK with 93,045 new cases.

Charles Goodhart, an economist at the London School of Economics and a former advisor to the Bank of England, understands that this institution and the Federal Reserve should act to stop the rise in prices. “The omicron variant will be a temporary problem, for three or four months. Maybe it will affect travel, but it is not yet clear if it will mean more hospitalizations or deaths than the rest of the variants. High inflation threatens to become persistent at a time when there is a shortage of labor, ”he says.

The withdrawal of stimuli has been joined by the central banks of Norway, Chile or Russia, also with rate hikes. A separate case is Turkey, which continues to cut them, causing a downward spiral of its currency. In any case, hawks They believe that in this movement the ECB has been left off the hook. The palomasOn the other hand, they consider that the skid of Jean-Claude Trichet in 2011, when he raised rates at the wrong time, cannot be repeated. “It is difficult to compare the United States with the euro zone, or the United Kingdom with the euro zone. Those three economies are in three completely different stages of the cycle. They started from different bases. They had different fiscal supports in their respective countries, “Lagarde reasoned on Thursday.

The differences on both sides of the Atlantic

“The situation is very different in the United States and in Europe,” concedes professor at the London School of Economics and former adviser to the European Commission, Paul De Grauwe. The US recovered its pre-pandemic GDP levels at the beginning of the year, the unemployment rate is close to 4% and inflation reaches 6.8%, its highest level since the 1980s. Europe, on the other hand, is still further behind. “The Federal Reserve must act to prevent an inflationary spiral, but tensions in the euro zone are temporary and will ease in the next year, so there is no reason to raise rates, but it is possible to act by reducing purchases” says De Grauwe.

The Peterson Institute for International Economics and Bruegel researcher Nicolas Véron adds: “Even the reasons for rising inflation in Europe and the United States are not similar. The two blocks only share the problems in supply chains, but they are not in the same situation, neither in the labor market nor in demand ”.

What lies ahead is not easy: it is about returning to normality after an unprecedented crisis in which central banks have facilitated the borrowing of governments. Charles Goodhart has long warned that this can lead to a conflict between the two, especially when governments refuse to raise taxes to meet new expenses. “That moment has not yet come. The Bank of England has only raised rates by 0.25%. It is not a conflict for the present ”, he predicts. With all the questions hovering over the recovery process, there are still many pages to go before we get to that chapter.