Skip to content
Home News Ceña (Soria ¡Ya!): “We will not change respect for human rights for infrastructure or services” | Elections in Castilla y León 13F 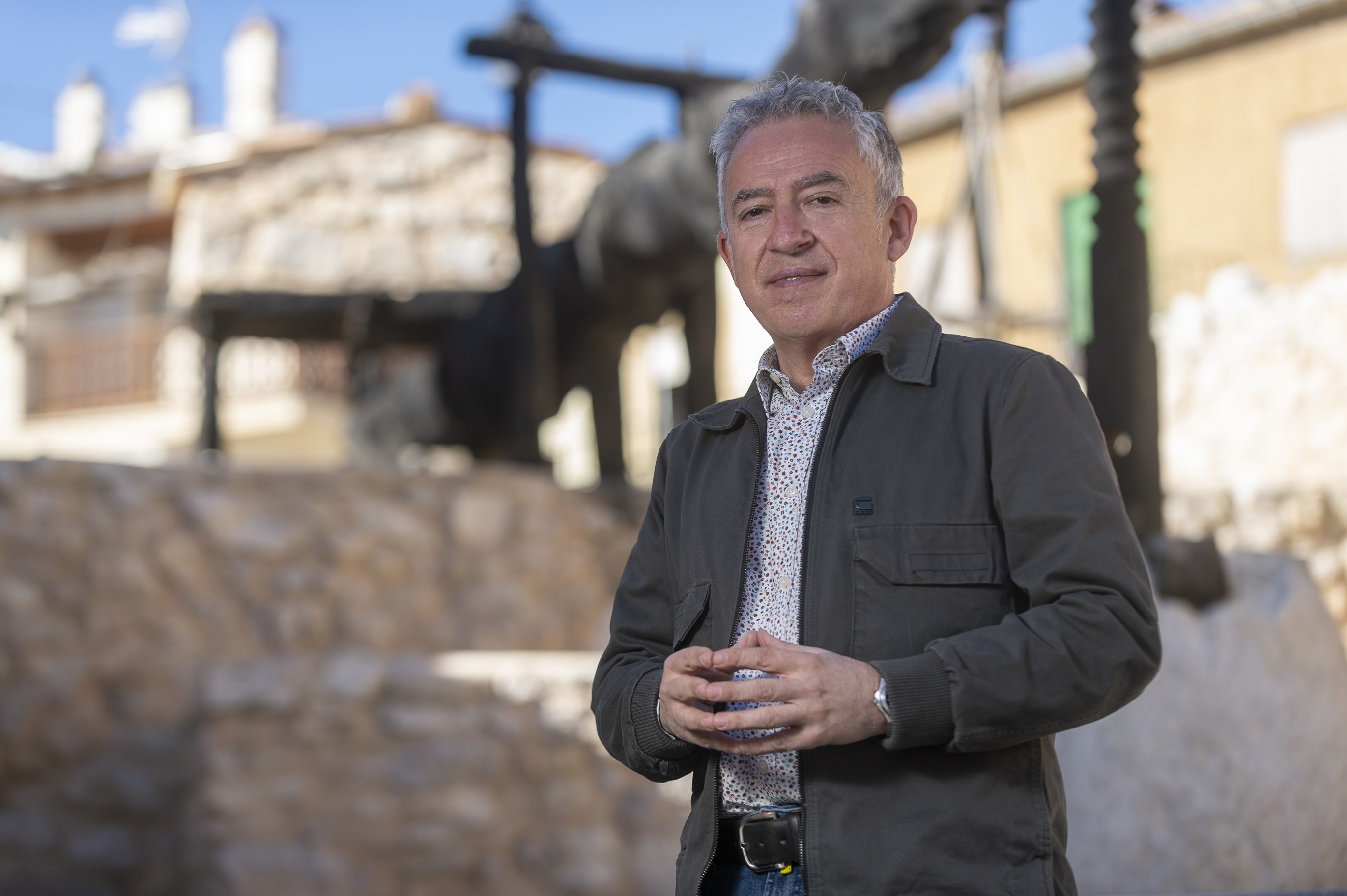 The candidate for Soria ¡Ya!, Ángel Ceña (Soria, 54 years old), is running for regional elections as the first challenge of his short and recent political life. The formation of him, within the Empty Spain platform, calls for “rebalance” and benefits for the rural environment and is defined as “transversal” and without ideology, although they assure that in hypothetical post-election negotiations they will not accept cuts in social rights. He is open to agreeing with the PP and PSOE if there are “commitments”.

Ask. How much damage has the electoral advance done to Empty Spain?

Answer. Alfonso Fernandez Manueco [presidente de la Junta] advanced to catch us with the changed foot. In September we decided to attend future elections and prepare a political tool. This electoral precipitation has caught us, especially in the provinces where this group had a more social character and that have not dared to take the step.

P. What risks are there in running for elections so soon?

R. We are a political option that is having repercussions. There is a political space, a demand for a territorial balance, and the emptied Spain wants to occupy it. Why in Madrid cannot we present a candidacy for Emptied Spain when many people who live there come from these territories? We want to seek a balanced development for Spain, it is a matter for all of us, not just for those of us in the depopulated provinces. Soria ¡Ya!, like Teruel Exists, says in its statutes that no one who has been affiliated with a party or held paid public office in the last five years can sign up.

P. How do you manage to turn social activism into parliamentary action? Are they prepared for leadership positions?

R. With a lot of effort, because we are not used to it. A PP politician told us that we have no experience, but his has not been useful either. We don’t have campaign or press managers, we make the speeches, we plan ourselves. The objective is not to occupy a council, but to enter to speak with the counselor. We are not going to preside over Castilla y León, nor have any council or any position. At most, facilitate investiture in exchange for commitments specified in a schedule to monitor compliance. The ideal would be a state pact outside the bipartisan confrontation, to isolate it from politics with a long-term plan. If we are there and we get results, empty Spain will continue to be strong.

P. Would they support the PP with Vox in exchange for some claims, even if it included setbacks in educational media or LGTBI?

R. The limit is in the Constitution and in human rights. The Constitution includes balanced territorial development. Vox always votes against Teruel Exists, until the Pact for Depopulation. It was the only party that abstained. They want to liquidate the autonomic system and they will not have our support. Nor are we going to change infrastructures or services for human rights.

P. Can Emptied Spain die of success if they don’t get changes?

R. It is an exercise of responsibility with citizens. Those who can govern have 70% of our demands in their program. Even from the opposition we can contribute and ask them to comply. There is parliamentary control and we will do the work that touches.

P. What ideology is behind asking for rebalancing? Is it populism not to be on the left or the right?

R. Soria knows that we are neither to the right nor to the left. We have claimed things against the Government of Spain, from the PSOE, and against the Junta, from the PP. We seek a future, not partisan struggles. We are transversal, we can support the PP or the PSOE. I know it’s hard to understand, but you can be transversal and fight beyond ideology. PP and Vox attack the Empty Spain for parliamentary arithmetic, but the left will also do it. The more they feel we are in danger, the more they will.

P. What would Mañueco have to offer them to give them their vote?

R. The PP has promised radiotherapy for 15 years and we don’t have it. It would have to commit to implementing the measures with a schedule and we would have to see the reality. On Friday before calling elections via Twitter, he presented a Soria Plan of 150 million euros, on Monday it came out in the Bocyl [Bóletín Oficial de Castilla y León] and within an hour and a half he dissolved the Cortes and the budget. If we are in the Cortes, we can do many things. Social mobilization has not served for anything.

P. How will these elections influence the future of Emptied Spain?

R. It is a litmus test. It has not been able to be complete because it did not form candidates in the nine provinces, but it will be a test of the power of the movement. Also in Andalusia, with strong platforms like in Jaén and Granada. We have a well-armed social movement, but we haven’t achieved anything yet. It would not be a failure if in Valladolid, Salamanca, Burgos or Palencia they did not get a solicitor, but proof that we must continue working.

P. Soria only provides two deputies for Congress. How can Soria Ya! sneak onto the national stage?

R. The goal is to be the list with the most votes, I think we are going to achieve it because we followed in the footsteps of Teruel Exist a year late and they were.