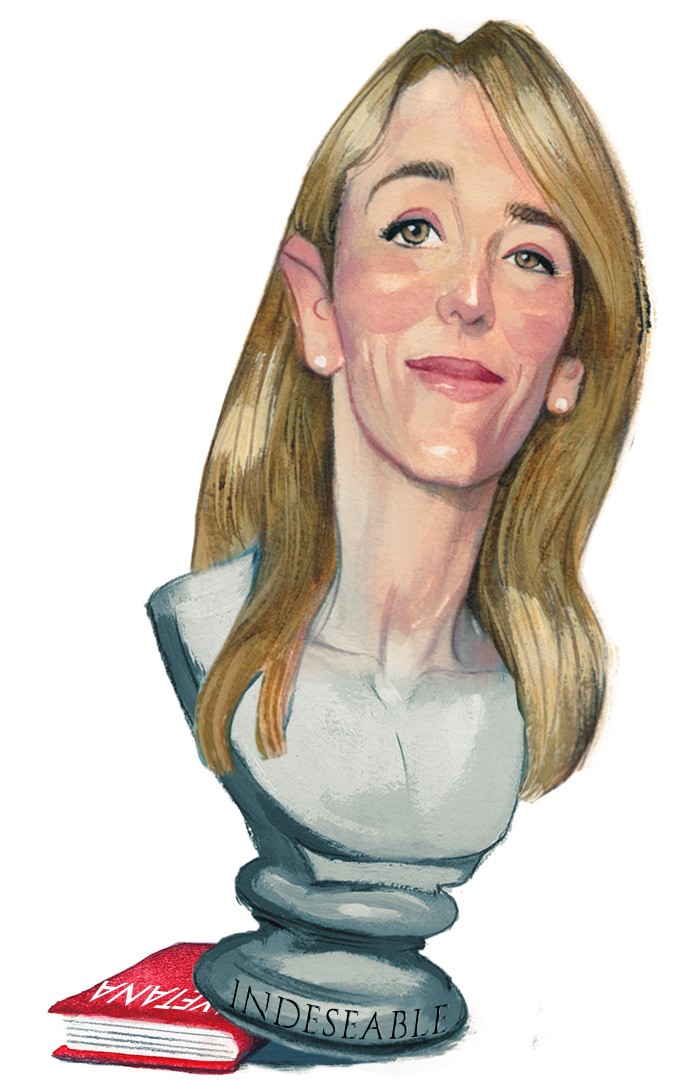 The excellent book that Cayetana Álvarez de Toledo has just published is not the one usually written by politicians, prudent men or women who generally omit the essential and tend to stay on the periphery of confessions. Cayetana goes to the fundamentals from the beginning: her family, her nationalities, the way she decided to become Spanish, her passions (which are her daughters, even before politics), a synthesis of her life, her time in Oxford and debt. which she has contracted with Professor Elliot, under the direction of which she did her doctoral thesis and learned to research, spending some years in the archives, between books and newspapers. Her time at Oxford has left a mark on her: she writes in style and says what is necessary with the right words.

It is a great political book, of course, but a policy that reveals its intentions on each page, how much it hurts that Pablo Casado has stopped her as spokesman for the Popular Party and the intrigues of her adversaries within that party, which she sees focused on her secretary general, to whom she attributes her sudden defenestration. But this is only one part – and, I think, the least important – of her book, since most of its pages are devoted to promoting liberalism, pointing out the defects of this Government and defending Spain, whose destiny she it sees itself increasingly democratic and the seat of the reforms that would make it a developed country, fair for all its members and residents, and at the head, or slightly less, of the European Union, which it defends in a militant way.

The book is very well written and it is inevitable to read it with the passion that Cayetana has placed in its pages, a passion watched and contained by reason, with which the author explains in great detail what she defends, what attacks and the incidents that her led to writing it. I am not too unbiased in writing this review; I am a member of Libres e Iguales, the organization founded by Cayetana —which brought it to the public light, I will add— and I already wrote a Touchstone, defending it, when it was separated from the position it held in his party as spokesperson. I believe, however, that the criticisms he makes in this essay of the Popular Party are much less, perfectly within what is written, for example, about the Republican and Democratic parties in the United States by their own militants, so that, I believe It would be scandalous for the Popular Party to take advantage of this circumstance – the published book – to separate it from its ranks, as authoritarian parties tend to do. It would be a very serious mistake, because Cayetana, despite the things she says to the contrary in her own book, is in my opinion a loyal militant and convinced of what this right-wing party offers as a remedy for the ills of Spain.

Where I do agree with her one hundred percent is in her criticism of nationalism, which has caused horrible wars and been a source of absolutely gratuitous enmities and hatred and one of the most difficult problems to solve everywhere, as well as in our own country. Spain. She severely accuses the right of having generated this issue, making concessions to the Catalan independentists in the domain of the language, irresponsibly, without measuring the consequences in the medium and long term, in pages that I would subscribe without hesitation. Also in the need for political militancy, without letting herself be dejected by how ungrateful this experience tends to be, in which she sees the raison d’être of free citizenship, at the same time as the source of progress and social justice. And, of course, in the defense of freedom as the basic postulate of all the changes that can and want to be made in the programs of a democratic party.

His book is a defense of the Transition, of the wisdom that both the right and the left wore in the elaboration of the current Constitution, and the example that Spain set to the world in those years that followed Franco’s death. All that has been left behind, of course, and now is the time that the problems that the country was dragging and on which it had thrown a prudent veil, find a solution. These problems are not minor and could generate some of that impoverished violence to which Cayetana refers many times in the best pages of her essay.

Her hostility to recalcitrant feminism is very well explained in her book, but I have to say that I am not entirely convinced. She says that not all men can be accused of the postponed and abused condition that is, in much of the world, the situation of women, and that they must act in their defense avoiding privileges because, if they prevail, in the future the omelette would be the same, only the other way around. And, of course, he is partly right; But and who cannot and is not in a position to defend themselves and, therefore, are the victims of the “machismo” that is displayed on the streets of this and other countries with obscene insolence and that, for example, here in Spain, daily balances of victims beaten and murdered? To correct such barbarism, a legal system that favors women is necessary, especially in countries where the female condition is still frequently trampled on and in many countries of the so-called first world.

The central character of this book is completely naked in its pages, showing his favorite restaurants and dishes, the places where he goes to take refuge when the political tension in which he lives seems about to explode, and where he takes his daughters to enjoy with them a few days or hours of peace. She also quotes her friends and adversaries, with crystal clarity, her readings, the music she listens to and that soothes her when she is enervated, and, in short, offers us a clear and direct portrait of her daily life. These are the pages that move me the most in this beautiful book that reveals an avid life startled by the unforeseen events of someone who ventures into the excesses and traumas of politics.

Spain has a great advantage over the rest of the nations of the earth. It is within the countries that build the European Union, which have chosen democracy and freedom as the best way to achieve their goals. The country must function, more or less in a disciplined manner, within a group of like-minded nations, which will not allow any of the countries that compose it to exceed or fall behind. This means that what could be the freedoms granted to member countries have a limit, beyond which they cannot pass or risk. The risks that Spain runs are limited, then, as long as they do not transgress certain borders, which defend the country from repeating the atrocious experience of the civil war and the Franco dictatorship. Cayetana Álvarez de Toledo’s book reminds us that Spain is a country that must change, perfect itself, adapting more and more and better to contingencies and problems that must be resolved as they arise. Those problems are described, all of them, in the pages of this book, with a determined defense of certain solutions, made with the intelligence and culture of an exceptional woman. It would be a shame if what she offers with such clarity, frankness and brilliance fell on deaf ears.