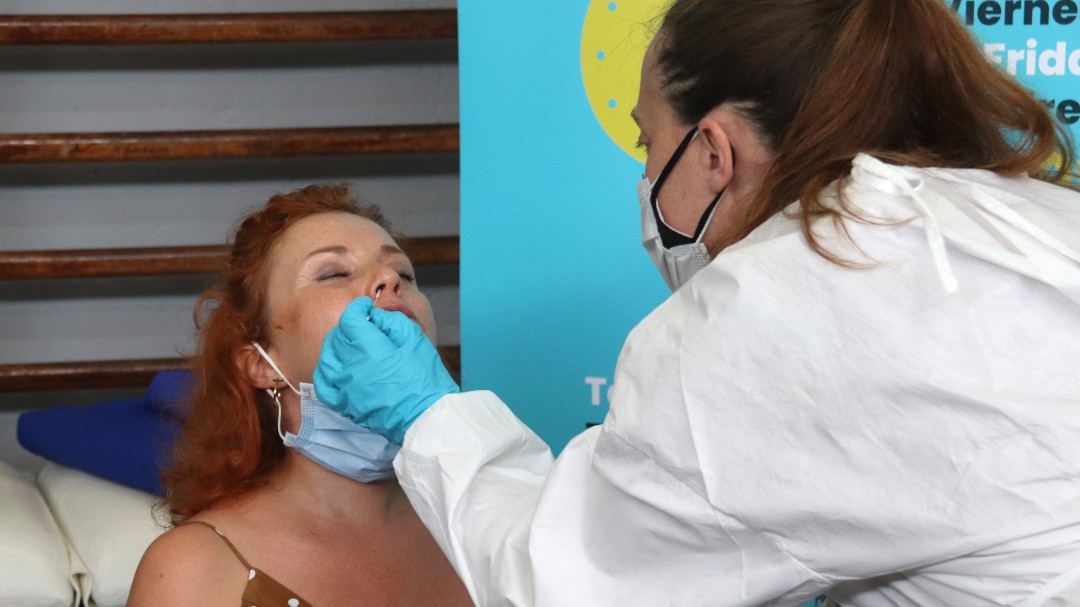 During the last seven days there are already more than 5,000 daily, while little by little the hospital pressure is increasing, with almost 1,300 hospitalized with the disease, 310 of them serious in ICUs.

Although mortality is still lower than in previous waves, now with twelve daily deaths from covid in the last week, the risk of re-outbreak due to infections is already the second highest in the entire epidemic, after the peak reached by the fifth wave with the delta variant.

According to the incidence data updated this Monday by the Department of Health, today there are 1,280 hospitalized with covid, 136 more than yesterday, of which 310, three more than yesterday, are seriously ill in the ICU, 192 of them intubated and 11 connected to the ECMO (extracorporeal respiration).

A year ago, on December 20, 2020, there were 326 patients admitted with covid in the ICUs of Catalan hospitals, a figure that rose to 333 on Christmas Day, but increased in January to a peak in that wave of 731 on December 2. February.

Epidemiologists and ICU doctors now see the same evolution and have warned that, if restrictive measures are not taken now, in January they will again have to stop carrying out scheduled operations because the admissions of critically ill patients will occupy critical beds.

The difference with the wave of last Christmas is in mortality, now much lower.

The deaths from covid since the beginning of the epidemic amount to 24,286, eleven of them reported in the last 24 hours, while in the last seven days there have been 70 deaths from the disease, an average of ten a day, mortality that did not occur since the week of September 8, but much less than the 281 deaths that occurred the same week last year, when vaccination had not yet begun.

The primary care centers (CAP) treated 28,749 covid patients yesterday, almost 3,000 more than on Thursday of last week, a pressure in the outpatient clinics that continues to increase and that has not been registered since the end of July, while in the days Before Christmas last year there were about 23,000 visits a day.

The risk of regrowth (EPG), an index that measures the growth potential of the epidemic, has shot up to 902 points, 136 more than yesterday, and already exceeds the peak of 851 points reached by the third wave of covid in the past January 13, while the second wave high was 975 points on October 24, 2020.

The speed of spread of the virus (Rt) in Catalonia today is 1.59, twelve hundredths more than yesterday, which means that every 100 infected infect an average of 159 people and that uncontrolled community transmission of the virus continues.

This is almost double that of a week ago and the same infections of the week of July 24, but half of those that were in the days before Christmas last year.

The same week of December last year, slightly more than 14,000 infections were diagnosed, half of the current ones, so the ratio of infected people who enter the ICU and hospitals is now much lower, a factor that specialists attribute to the vaccines.

The positivity -the percentage of CRP and TA with a positive result- is 11.41%, a total of 28 hundredths more than yesterday, a sustained growth for weeks that is far from the maximum percentage established by the World Health Organization ( WHO) to consider an epidemic under control, which is 5%.

The average age of those newly infected by covid remains at 37.8 years, with 51.6% of women.

The region of Barcelonès, the most populated, today has an EPG of 837 points, 139 more than yesterday, a cumulative 7-day incidence of 304 cases per 100,000 inhabitants, 61 more, and a soaring Rt of 1.81, fourteen hundredths more than yesterday.

The sixth wave of coronavirus continues to advance unstoppably in Catalonia, which sees a Christmas with as many admitted to the ICU as in the Christmas holidays last year, although with a much lower mortality thanks to vaccination.

All the epidemic data have worsened considerably again in the last 24 hours, with more than 4,100 new infections every day, a speed of spread that is increasing and a risk of regrowth (EPG) that has already exceeded the third wave, is close to that of the second and is following the rhythm of the fifth.

Although mortality is also growing, with 70 deaths in the last 7 days, they are much less than the 281 that were counted in the week of December 17, 2020, at the beginning of the third wave.

Tony Brooks: Formula One legend who just missed out on the top prize