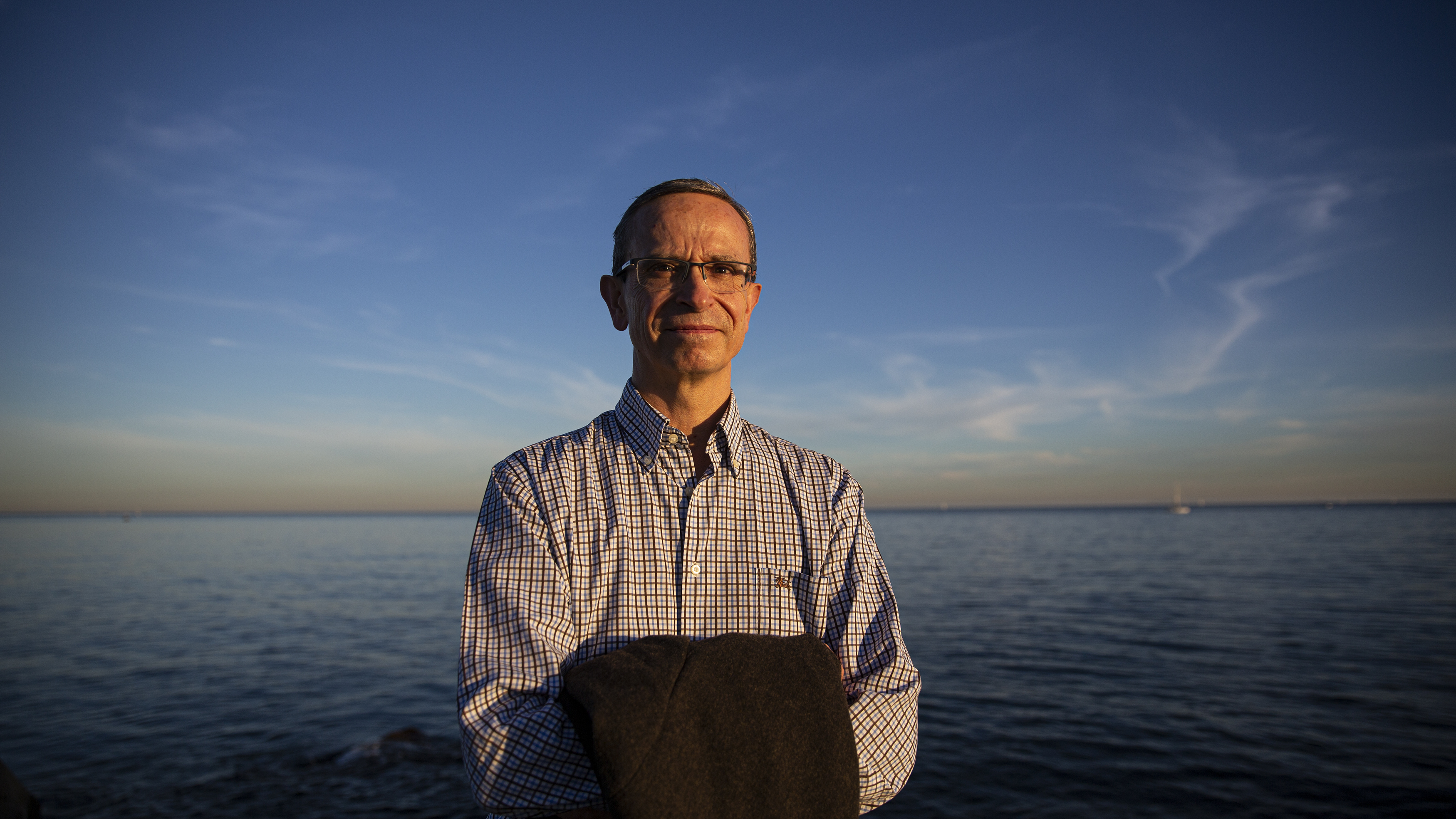 The Government believes that the time has come for offshore wind power. By 2030, according to the objective approved last December by the Council of Ministers, Spain must reach an installed capacity with mills in the sea of ​​between 1 and 3 gigawatts (GW) – equivalent to 1,000 and 3,000 megawatts (MW). Currently, the country only has one wind turbine, in Gran Canaria, with 5 MW of power. “The objective is possible, although I do not know if it is realistic. To achieve this, we should start now ”, says Climent Molins (Barcelona, ​​1965), vice-rector of the Polytechnic University of Catalonia (UPC) and one of the leading academics in Spain of this technology. Catalonia has the key, because it is on its coast where the best wind capacity of the Iberian Peninsula is located.

With 28 GW, Spain is the fifth country in the world with the most installed wind power, and it is only on land. Catalonia, however, is in the rear and only has 1.2 GW installed. The impact that mills have on the territory is the main reason for the Generalitat and the municipalities to reject many projects. The sea, however, has better wind, more free space and fewer obstacles. But the technology to install marine mills is twice as expensive, calculates Molins. At a panel of experts last February organized by an association of Catalan municipalities, Joaquim Coello, former dean of the Official College of Naval and Ocean Engineers, calculated the cost of maintaining a marine wind turbine to be five times higher.

Since the offshore wind boom in Northern Europe twenty years ago, technology has advanced and reduced installation costs. The Government’s roadmap, the objectives report approved in December, estimates that installation costs could be lowered to more than half in 2030. There are two areas on the coast of Spain that would allow a faster amortization of investments: the of the Costa Brava between Cap de Creus and the Gulf of Roses, and on the sea line near the Ebro delta. “These areas have a capacity factor close to 50%, that is, about 4,300 hours that can operate with its nominal power per year. In a land area with a lot of wind in Catalonia, this capacity is a little over 30% ”, explains Molins.

80% of the offshore wind energy installed in Europe is of fixed foundations. This is so because in Northern Europe there are less steep depths than on the coast of Spain and in the Mediterranean in particular. The mills with structures that reach the bottom do not exceed 40 meters. Deeper, the mills must be raised on floating platforms that, in turn, are attached to the bottom by chains.

The less depth and less distance from the coast, the more economical the project is, the government indicates. In England there are more mills at sea than on land, indicates the vice-rector for Transfer, Innovation and Entrepreneurship of the UPC. “There they even put them on the beach, but I understand that we don’t do it here because our beaches are more crowded.” For floating wind farms, the current average depths are 200 meters, but this expert recalls that it is still an incipient area and contemplates that in 10 years the mills could be installed in areas up to 1,500 meters deep.

Molins would like Catalonia to be a pioneer in this field as it was in hydroelectric energy more than a century ago. For the moment, the situation is bleak. A decade ago the Zèfir project was buried. Headed by the Catalan Energy Research Institute (IREC), it would have been a pioneering marine park in Southern Europe. “It was a very big loss, a golden opportunity was lost,” laments Molins. The Zèfir had to rise in phases in front of L’Ametlla de Mar (Tarragona). He was received with the opposition of the citizens, the local political parties and the fishermen’s guilds. When the local opposition began to be overcome, the Generalitat, beset by the economic crisis, ended up forgetting about the project.

Molins believes that today there is greater awareness of the climatic urgency, so he is confident that an opportunity like Zèfir will not be wasted again. For Catalonia and for Spain, according to him, it is essential to develop floating wind power in the Gulf of Roses. An alliance formed by the Catalan company Sener and the American BlueFloat Energy, one of the leaders in the sector, presented in 2021 the details of the wind mega-park in the Gulf of Roses, the Tramuntana Park. The project, which Molins recalls would require a minimum investment of 3,000 million euros, initially contemplated two phases of expansion until reaching an installed power of 1GW with 80 wind turbines. The project aroused unanimous rejection in the province of Girona and its promoters restrained their expectations to propose a test phase with three mills.

The vice-rector of the UPC considers that the promoters of the Parc Tramuntana should have started by raising the testing phase, in order to convince public opinion. One of the most important criticisms that the park has received is that it would distort the landscape of the Costa Brava. Molins emphasizes that the visual impact would be minimal: the wind turbines are located about 20 kilometers from the coast. The location proposed by the park would also avoid corridors of cetaceans, fishing areas and special protection of birds. Despite this, environmental entities have demanded more studies to guarantee that there would be no negative effects on the ecosystem. “This has been analyzed in front and behind in Denmark, Belgium, Holland, Germany, England, Sweden”, says Molins, “let’s not make a problem of something that is not a problem.”

Molins leads the UPC team that has designed Windcrete, a floating wind turbine prototype balanced with a concrete snack and secured to the seabed by three chains. Windcrete is awaiting European funding. When it can be tested at sea, its CTO knows where to go: to Gran Canaria. There is the Plocan, a marine testing area managed by a public consortium. The Plocan has established itself as a reference in the sector: “You have the permits without problems, they put the ground cable for you, they store all the data. In Catalonia this is not possible ”.

In Catalonia there is a high environmental sensitivity, recognizes Molins, but it seems that people forget that most of the electricity consumed in Catalonia is nuclear, coming from Vandellòs, Ascó and also from the electricity purchased from France. “There are days in Denmark in which with wind energy they cover the internal demand and even give them to export electricity. We say that we want to be like Denmark, because with energy we should also be ”.

Molins believes that Catalonia cannot afford to lose this opportunity if it wants to comply with the European Union’s commitments to reduce polluting emissions. “And if we wanted to do without offshore wind, we should start by filling the country with photovoltaic panels.” Asked about the potential of renewables in the sea, the vice-rector of the UPC is clear: “Could Catalonia have enough energy with offshore wind? Yes. Possible resources from the limit of the Gulf of Lion to the south [Costa Brava] they are 10 GW, for sure ”. The total electricity generation power installed in Catalonia in 2020 was 11.8 GW, according to Red Eléctrica de España.