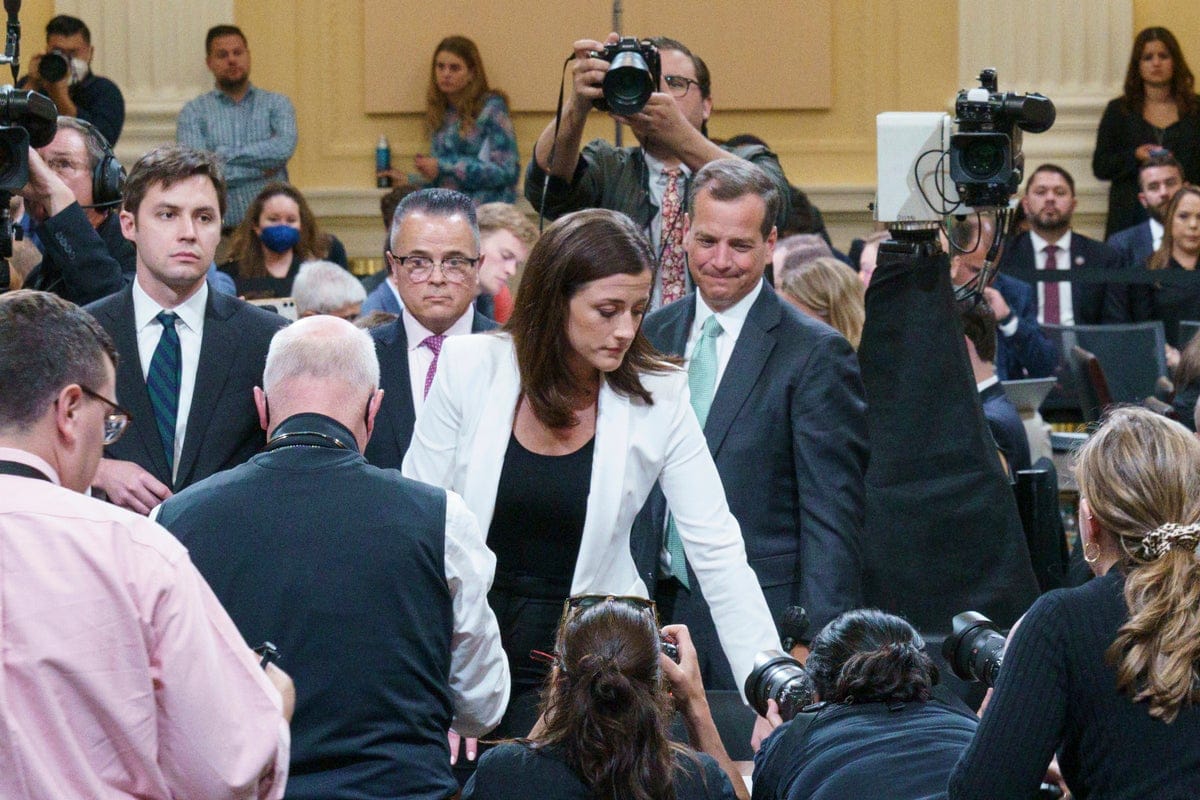 Cassidy Hutchinson is standing by her description of a confrontation between former president Donald Trump and Secret Service agents who were refusing to hear his command to drive him to the Capitol during the Jan 6 riot.

Ms Hutchinson, who served as former White House chief of staff Mark Meadows’ principal assistant from April 2020 to the end of Mr Trump’s term in January 2021, stunned viewers across the US this week by giving evidence on a variety of outrageous interactions which detailed how the twice-impeached former president reacted to the worst attack on the US Capitol since 1814.

Her testimony on Tuesday before the House January 6 select committee revealed how Mr Trump and his top aides were indifferent to the violence that occurred during the pro-Trump Capitol attack, among other explosive information.

One anecdote that has drawn scrutiny involves Mr Trump’s former deputy chief of staff for operations, Tony Ornato — a Secret Service special agent who was detailed to the Executive Office of the President at Mr Trump’s request — and the head of his Secret Service protective detail, Robert Engel.

Ms Hutchinson told the select committee how the two special agents informed her that when Mr Trump finished speaking at a rally on the Ellipse on the morning of January 6, he was so intent on joining the riotous mob of his supporters who he’d exhorted to march to the US Capitol. In his fervor, he allegedly became physically violent when Mr Engel informed him that his protective detail about him could not allow him to undertake the 1.8 mile trip down Pennsylvania Avenue for his own safety from him.

See also  It is one year since the first puncture against COVID: vaccination with a complete schedule is around 90% | Society

She said the agents told her Mr Trump first tried grabbing the wheel of his armored SUV while it was en route to the White House, telling Mr Engel: “I’m the f**king President. Take me up to the Capitol now.” When he was, again, told the trip was not going to happen, Ms Hutchinson said she was told the president “lunged” at Mr Engel’s throat.

In a statement released Wednesday, Ms Hutchinson’s attorneys Jody Hunt and William Jordan said the former White House aide “stands by all of the testimony she provided yesterday, under oath, to the Select Committee to Investigate the January 6th Attack on the United States Capitol” .

But the tale of Mr Trump’s alleged assault on his own bodyguards drew denials from a source “close” tor the protective agency. The source claims that Mr Ornato and Mr Engel — both of whom remain extremely close to the former president — “dispute Trump grabbed the steering wheel or assaulted an agent” but do “not deny that Trump was irate and demanded they drive to the Capitol.”

Adding to the intrigue, a Secret Service spokesperson, Anthony Guglielmi, told Political that Secret Service personnel “were not asked to reappear before the Committee in response to yesterday’s new information and we plan on formally responding on the record. We have and will continue to make any member of the Secret Service available.”

Though, it’s not clear why such outreach would have been necessary since both Mr Engel and Mr Ornato have already given evidence in depositions with committee investigators.

See also  Love Is Blind: Which couples from season one are still together?

In response to the vague denials, Ms Hutchinson’s attorney, Jody Hunt, wrote on Twitter: “Ms. Hutchinson testified, under oath, and recounted what she was told. Those with knowledge of the episode should also testify under oath.”