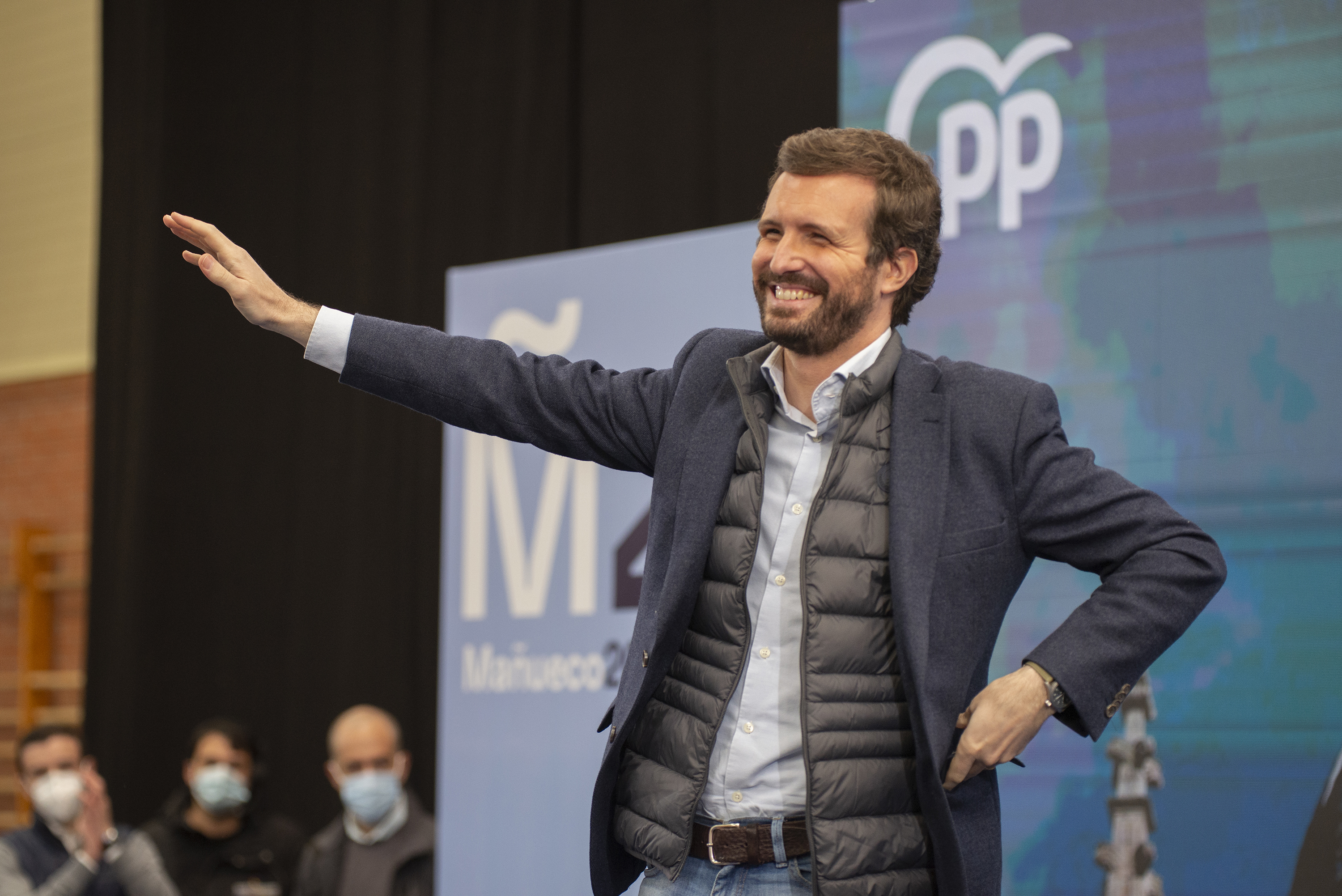 The president of the PP, Pablo Casado, has traveled to Brussels this Monday to repeat from the capital of the institutions of the European Union his slogans against the execution of the Recovery and Resilience Plan by the Government of Pedro Sánchez. In an appearance at the headquarters of the European Parliament after meeting with the new president of the Chamber, the popular Maltese Roberta Metsola, Casado reiterated that the Spanish Executive “is distributing the funds in a discretionary manner”. Despite the constant defense that the European Commission has made of the Spanish plan, the conservative leader has repeated that the funds are being delivered depending on whether the mayor’s offices are occupied by the Socialist Party or the Popular Party, or depending on whether there are nationalist parties in front or not.

“What we want is that once Europe has complied with Spain, the Government of Spain complies with the Spaniards and these funds reach the real economy”, the PP leader insisted in a message that has been growing in intensity for months, but which has come up against the Brussels wall time after time. The leader of the popular ones has demanded a “transparent, efficient use” of the investments of the recovery plan, and that these be allocated to “projects that generate employment.” He has also demanded accountability “in Parliament, in local entities, in the regions” and has denounced an alleged use “in the middle of the electoral campaign, five days before voting” in Castilla y León of the recovery plan. Casado alluded to the 1,000 million euros in aid to agribusiness announced this Monday by the Executive.

His words come after, up to three times, the European Commission has defended the management of the funds by the Executive of Pedro Sánchez: first through a spokeswoman for the Commission and then through the economic vice president of the Commission, Valdis Dombrovskis, and the European Commissioner for the Economy, Paolo Gentiloni. Finally, the very president of the Community Executive, Ursula von der Leyen, sent a letter to Sánchez at the end of January to congratulate him for complying with the Recovery and Resilience plan for Spain. The letter, made public last week, underlines “the quality of the Spanish plan” and thanks the Government for presenting a first progress report, for its “transparency and accountability purposes”, and also welcomed the fact that advancing with other reforms, “including the labor reform”, approved last Thursday in Congress in a vote full of controversy.

Despite the fact that Brussels has clarified that Von der Leyen’s letter has “no relation” to “the current debate on the distribution of the Recovery and Resilience Mechanism funds between the regions and the central government in Spain”, The Commission has insisted in each of its interventions on this matter that Spain has received the first disbursement of money, of 10,000 million euros, after the Community Executive has verified that Spain has previously complied with the milestones established in the plan. That is: the execution in Spain, in the eyes of Brussels, has complied with what has been stipulated to date.

This Wednesday, a delegation of popular mayors, headed by the one from Madrid, José Luis Martínez-Almeida, will also travel to Brussels to continue ringing with the hammer of funds in the capital. “We should have done like other countries: an independent agency to manage these funds in a transparent and efficient way”, Casado assured. The president of the first opposition party has assured that his objective is not to “speak ill of Spain” or the “recovery plan”. “It’s badmouthing what the government is doing, that’s what I’m here for.” As he has defended, in other countries of the Union in which the popular family is in opposition, such as in Malta or France, this same battle is also taking place or will take place.