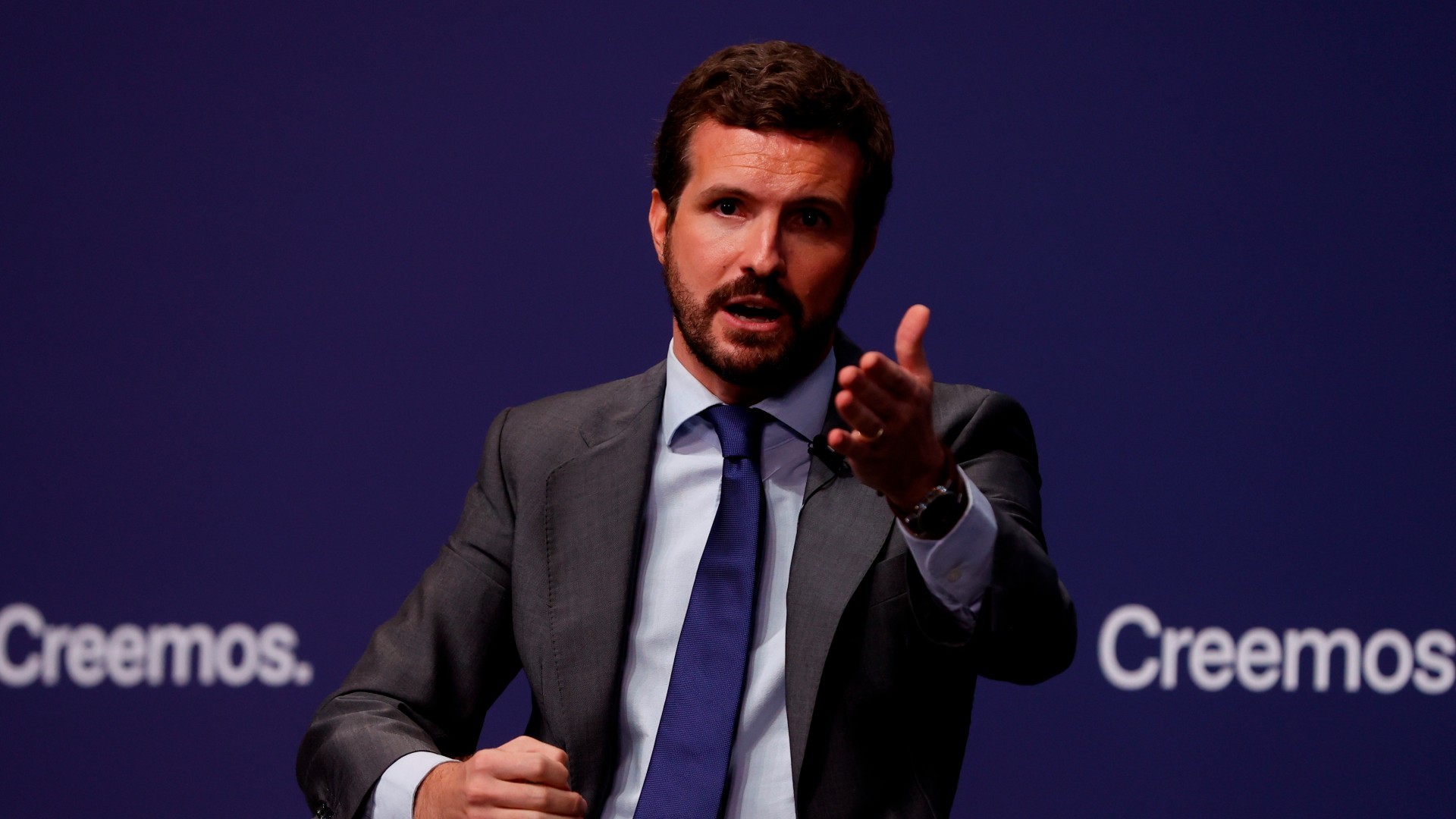 The leader of the PP, Pablo Casado, has expressed his rejection this Thursday to the draft Democratic Memory Law which he considers “unconstitutional” and accuses Sánchez of “attacking” the Transition. In addition, it has promised to replace what it also qualifies as “civil war norms” by a law of concord if it reaches the Government.

Casado has harshly charged against this bill, which the coalition government is processing in Congress and which for Casado represents an attack by the Prime Minister, Pedro Sánchez, on the Transition with the aim of “maintain power with radicals”. “Enough of facing the Spanish for a handful of votes,” he added.

“Sánchez attacks the Transition to maintain power with radicals.

We reject the Memory Law as unconstitutional and we will replace these civil war norms with a Law of Concord when we come to the Government.

Enough of facing the Spanish for a handful of votes. pic.twitter.com/h8fJrjEEOO“

The PP Deputy Secretary of Communication, Pablo Montesinos, has also gone along this line, who has accused the Government of Pedro Sánchez of taking out again the “wild card of Franco” with this Law of Memory during his interview in the program The Hour of the 1 of TVE. He stressed that he does so in the midst of the “anger” and the “tsunami of social unrest” that exists in Spain with the rise in the shopping basket, the growth of the electricity bill or the protests in the street.

“We are not going to contribute to this nor to blow up the great consensus of the Constitution and the Transition “Montesinos has stated that he has wondered what “Felipe González and the historical leaders of the PSOE are thinking” about this, given that “they were the architects of all that.”

“Montesinos (PP), on the Democratic Memory Law: “It seems that the Government only seeks what divides us (…) The victims have to recover their loved ones. But one thing is to go positive and another is to delve into wounds, seek division. “

The Popular Party rejects an amendment by the PSOE and United We Can that declared that war crimes, crimes against humanity and torture they cannot be amnestied or prescribed, as a way to investigate the crimes of the Franco regime.

See also  Brussels statue of colonial king could be melted and made into memorial for Congo victims, says report

However, the Minister of the Presidency, Félix Bolaños, explained this Thursday that the amendment does not repeal or nullify the 1977 Amnesty Law, but quite the opposite, because what it does is ratify its validity and reaffirm that it has to be interpreted in accordance with international treaties. In this sense, he has said that judging Franco’s crimes will be just as difficult That so far.

The PP has presented 94 partial amendments

The ‘popular’ have presented 94 partial amendments to this draft law, most of them, 72, of suppression, because they reject the establishment of a day of tribute to the victims of the Franco regime or to the exiles of the dictatorship.

They don’t see a need for one or one Territorial Council for Democratic Memory nor a Prosecutor’s Office to investigate human rights violations from the war until the entry into force of the Constitution.

The PP wants to dispense with restitution and rehabilitation measures, reparations to victims of forced labor and rejects the granting of Spanish nationality to international brigade members, the suppression of the symbols of the dictatorship or the revision of the titles of nobility granted by the regime. He has also asked to suppress the provision to dissolve foundations that defend Francoism or war and incite hatred.