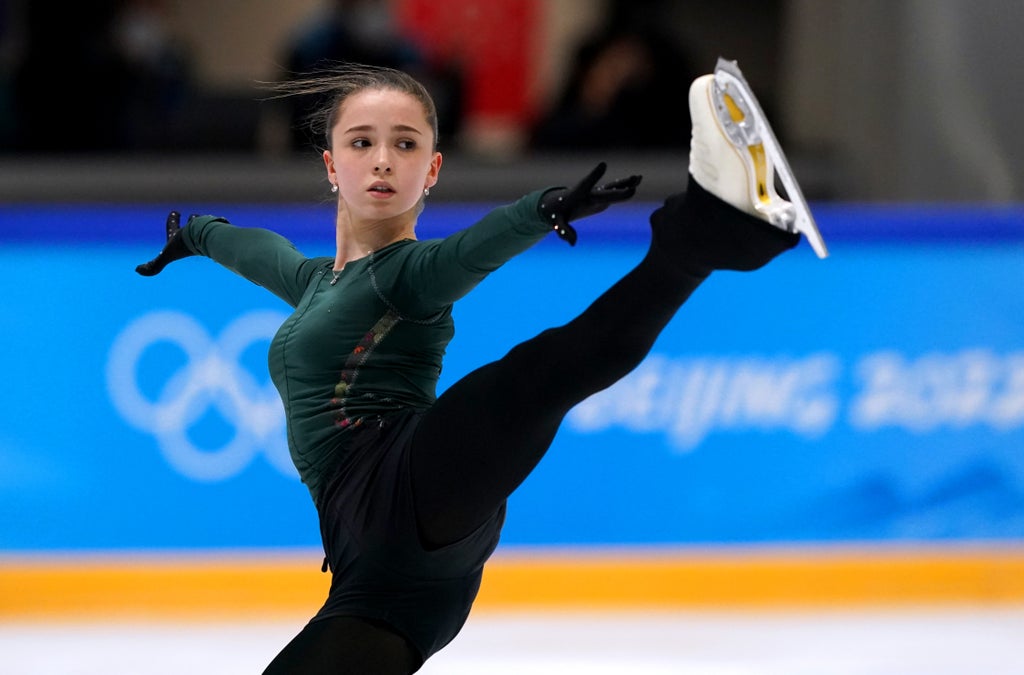 Kamila Valieva has been cleared to continue to compete at the Winter Olympics in Beijing despite testing positive for the banned heart medication trimetazidine following a test during the Russian National Championships on Christmas Day.

The 15-year-old figure skater faced the prospect of becoming the youngest athlete to be banned for doping during the Olympic Games after the International Testing Agency (ITA) led an appeal against the decision by the Russian Anti-Doping Agency (RUSADA) to lift her automatic provisional suspension.

But in an extraordinary development, an ad-hoc committee set up by the Court of Arbitration for Sport determined not to uphold the provisional suspension, citing “exceptional circumstances” and the fear of a ruling to the contrary could cause the athlete “irreparable harm”.

Essentially, CAS ruled that because Valieva’s age makes her a ‘protected person’ under the World Anti-Doping Code, she may be eligible for a lesser sanction – including one that does not involve a suspension – once her case is heard in full at a later date.

It means Valieva, the world record holder who competed in the short and free programs of the mixed team competition last week, is now free to compete in the women’s singles competition – starting with Tuesday’s short program – in which she is the overwhelming favorite to claim the gold medal.

CAS Director General Matthieu Reeb said: “While these rules have specific provisions for evidence of a different standard of evidence and for lower sanctions in case of protected persons, the panel was therefore concerned that if a permanent suspension would be imposed on the athlete and later – at the end of the day, after the completion of all procedures – she would not be sanctioned or would have a very low sanction, the provisional suspensions would have caused serious damage.”

At a press conference in Beijing, Reeb largely read from the official statement and did not take questions.

The CAS statement, released at the same time, outlined a number of further reasons for its verdict, including the delay in delivery of the result of Valieva’s test to RUSADA.

The statement read: “The panel considered fundamental principle of fairness, proportionality, irreparable harm, and the relative balance of interests as between the applicants and the athlete, who did not test positive during the Olympic Games in Beijing and is still subject to a disciplinary procedure on the merits following the positive anti-doping test undertaken in December 2021.

“The CAS panel also emphasized that there were serious issues of untimely notification of the results in the athlete’s anti-doping test that was performed in December 2021 which impinged upon the athlete’s ability to establish certain legal requirements for her benefit, while such late notification was not her fault, in the middle of the Olympic Winter Games Beijing 2022.”

Trimetazidine, which is used to treat chest pain and angina, increases blood flow to the heart. It was added to WADA’s list of prohibited substances in 2014.

Chinese swimmer Sun Yang and Nigerian sprinter Blessing Okagbare are among those who have previously been sanctioned for its use.

News of Valieva’s positive test broke last week after a delay in the presentation of medals for the team event, in which Valieva dazzled, becoming the first female athlete to land quad jumps at an Olympics. The result of the team event remains in doubt.

Valieva continued to train twice daily in Beijing in front of a swelling media crowd and she returned to the ice on Monday afternoon, within half an hour of the verdict being confirmed.

The decision was immediately slammed by the United States Olympic Committee (USPOC), whose chief executive Sarah Hirshland said: “It is the collective responsibility of the entire Olympic community to protect the integrity of sport and to hold our athletes, coaches and all involved to the highest of standards.

“Athletes have the right to know they are competing on a level playing field. Unfortunately, today that right is being denied. This appears to be another chapter in the systemic and pervasive disregard for clean sport by Russia.”