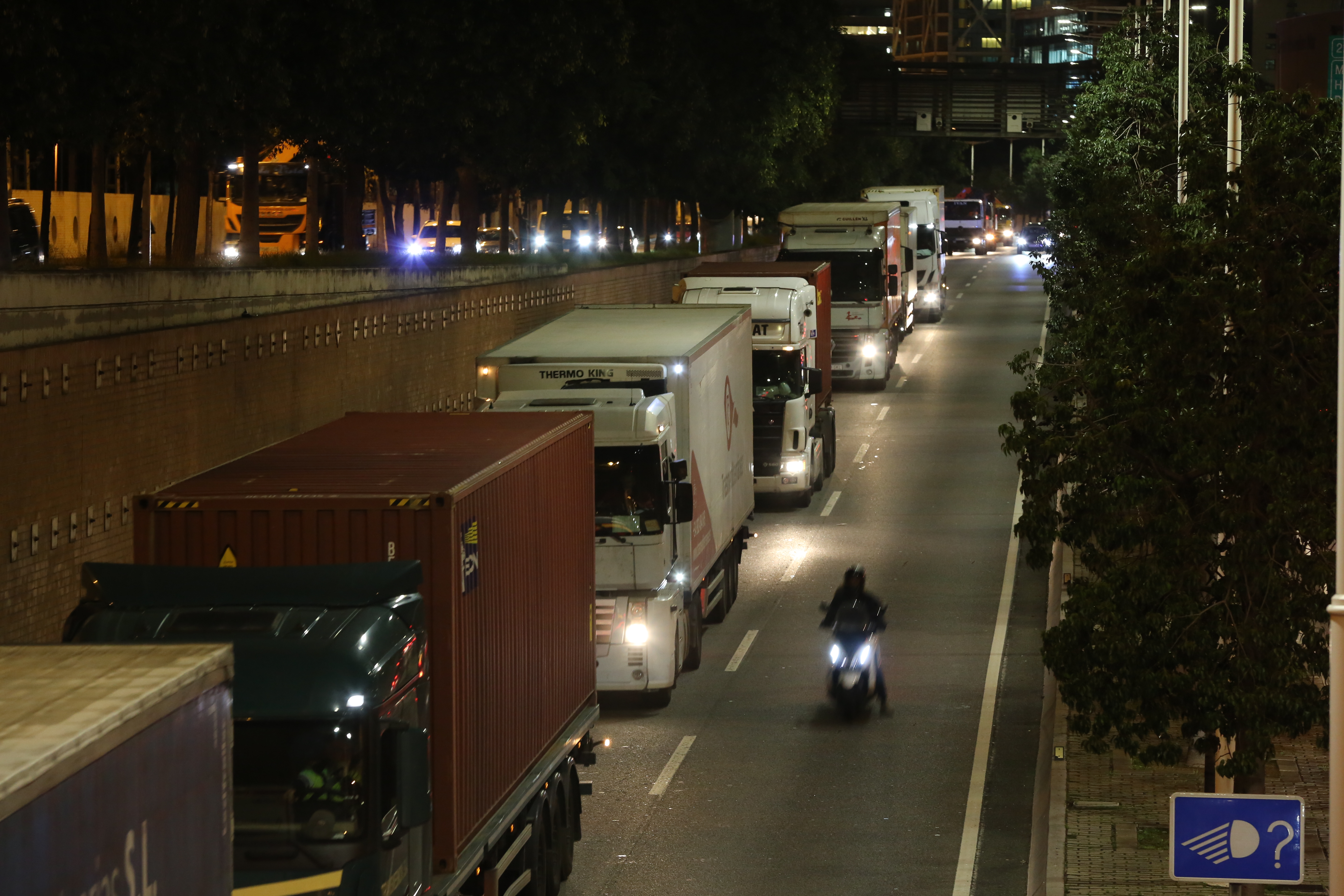 A slow march of trucks and small coaches has collapsed this Monday, between 6:00 p.m. and 8:00 p.m., the traffic of the rounds of Barcelona. A hundred drivers protested against the implementation of the third phase of the Low Emission Zone (ZBE), which will prohibit from January the circulation in the Catalan capital of medium and large tonnage trucks (types N2 and N3) and small coaches (type M2) from before the Euro 4 standard, that is, registered before 2006 or 2007. The ban comes after a six-month moratorium, but drivers are not willing to accept the measure willingly, as they consider that the administration has not facilitated a transition to cleaner vehicles.

The fence is tightening for the vehicles that the Metropolitan Area of ​​Barcelona (AMB) wants to veto to reduce pollution. After completing a first phase that prohibits the circulation of old cars and motorcycles, and the N1 type vans were also banned in April, it is the turn of the heaviest vehicles, trucks and small coaches. After staging protests and slow marches six months ago, the AMB and the Generalitat approved a moratorium that, for these vehicles, ends on January 1, 2022 (for large coaches, the deadline will be July 1). Time is running out and, once again, drivers have organized a series of slow marches that threaten to paralyze Barcelona’s traffic for several days.

The first protest was registered last Saturday morning, when trucks and small buses slowly marched through the rounds. The same system has been adopted for the protest this Monday, from 6:00 p.m. to 8:00 p.m., and for next Wednesday in the same time slot. The march begins at the BP gas station on the C-58 road, in Montcada i Reixac, and from there it continues through the rounds of Barcelona. On Saturday, December 4, the sector is planning another concentration, this time on Aragó street.

In this Monday’s march, in which a hundred trucks have participated, there have been retentions of up to six kilometers on the C-58 and the C-33. The demonstration ended in Montjuïc, on the coastal ring road, but the most serious damage took place in the Trinitat junction.

The carriers warn that the measure affects 7,000 trucks, and that all of them perform a public service as they are responsible for distributing goods in the city. They charge against the decision of the AMB, and especially its president and mayor of Barcelona, ​​Ada Colau, because they consider that there have been no facilities to make a transition to a new vehicle and that therefore it can circulate through the low-lying area emissions.

In fact, the sector rejects that the criterion for vetoing vehicles is age (this was already the criterion for prohibiting cars, motorcycles and vans), because this forces them to pay a large sum of money to renew trucks and coaches, vehicles more expensive to buy and amortize. They demand that the AMB base its criteria on the emission level of each vehicle, and that filters and catalysts be approved that reduce the gases emitted by their exhaust pipes.

“We want the low emissions zone to be fair,” explains Mònica Xufré, spokesperson for the Platform for People Affected by Traffic Restrictions (PARC), an entity that has not called the march but shows its support. “It is very good to implement measures, but not if it is always at the expense of those below. The work of people who start and have bought a second-hand truck is at risk, people who are about to retire and cannot renew their vehicle because it will not amortize it … ”, he explains. The spokesperson points out that the administration has not provided aid and that “they make you buy a new vehicle when only changing the engine or applying filters and catalysts would be worth it.”

Cost-of-living crisis: Hundreds of popular grocery items rise by over 20% in price amid discount drop