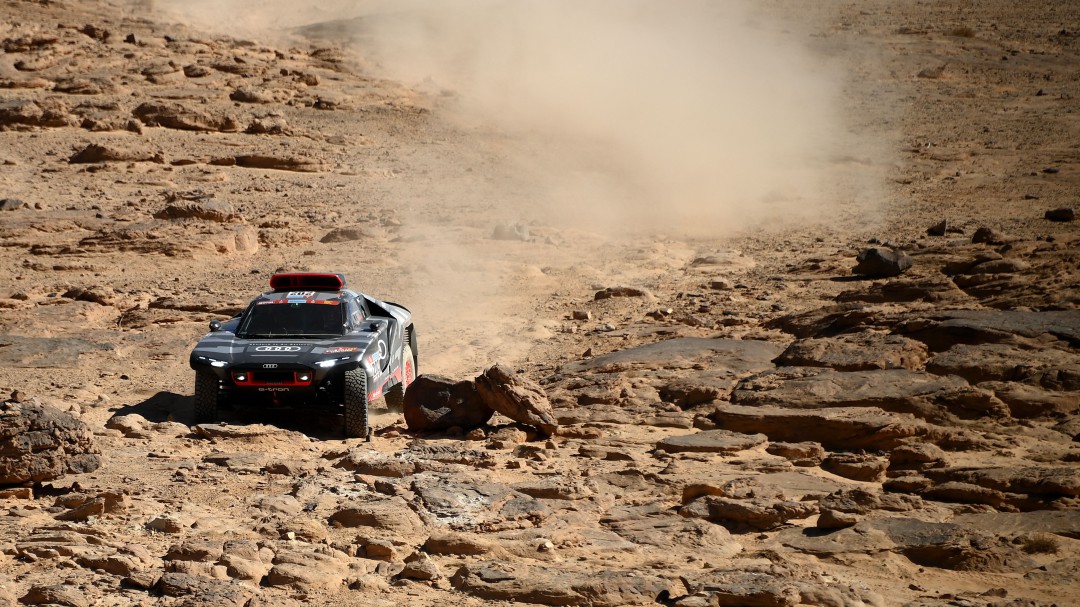 The Spanish Carlos Sainz (Audi) won the third stage of the Dakar, held in Al Qaisumah (Saudi Arabia) and which had 113 kilometers less of timed stage (special) due to the floods in the north of the country, in the category of cars and achieved the first victory for the innovative hybrid vehicle of the German brand, which debuted in this 44th edition. South African Henk Lategan (Toyota) finished behind at 38 “and Frenchman Stéphane Peterhansel (Audi) at 1’41”.

To win a Dakar you have to be fast and have luck, and Al-Attiyah had the latter on Tuesday’s day. First, he escaped a rally-raid disqualification by competing on Monday without connecting the black box that measures different vehicle parameters. The FIA, by treating it as a human error, which the Toyota team alleged, left it with a 5,000 euro fine and a notice of disqualification for the Qatari if it is repeated.

And already in full competition, Al-Attiyah had his worst day in the four competition that go from Dakar, opening the track during most of the special and finishing 5’10 “behind Sainz. But his main rival in the general, the The only one who, following him, did not get lost in Sunday’s sailing, the Frenchman Sebastien Loeb (Bahrain Raid Xtreme) suffered two punctures that made him lose 28 minutes and 24 seconds compared to the Qatari.

The one who finished without problems was his teammate, the Spanish Nani Roma. Also accusing the navigation problems with the fateful penultimate checkpoint of stage 1B, which left the Dakar very inclined at the first changes, but performing at a high level. He finished fourth just 2 minutes and 41 seconds behind his compatriot Sainz.

A Sainz who showed that, were it not for the navigation problem on the second day of competition that made him lose two hours, he would be in a position to fight for the lead in the overall car with Qatari Nasser Al-Attiyah (Toyota). And he corroborated his words after Monday’s day in which he assured that what he expected from this Dakar was “to have fun” and “to continue understanding” the Audi hybrid. He did it and managed to give the German brand its first stage victory, confirming that the car is fast and that, for the moment, it does not have reliability problems, the great doubt before starting the competition. In addition, Audi placed its three drivers in the top five on the stage. Peterhansel finished third and Swedish Mattias Ekstrom fifth, 2 minutes 59 seconds behind Sainz.

Regarding the general, Al-Attiyah strengthens his leadership even more, taking out 37’40 ”from Loeb and the podium after four days of competition is completed by South African Giniel de Villiers (Toyota) at 45’22”, but he could lose this position after two unsportsmanlike actions in which, after colliding with two motorcycle riders, he did not stop to help.