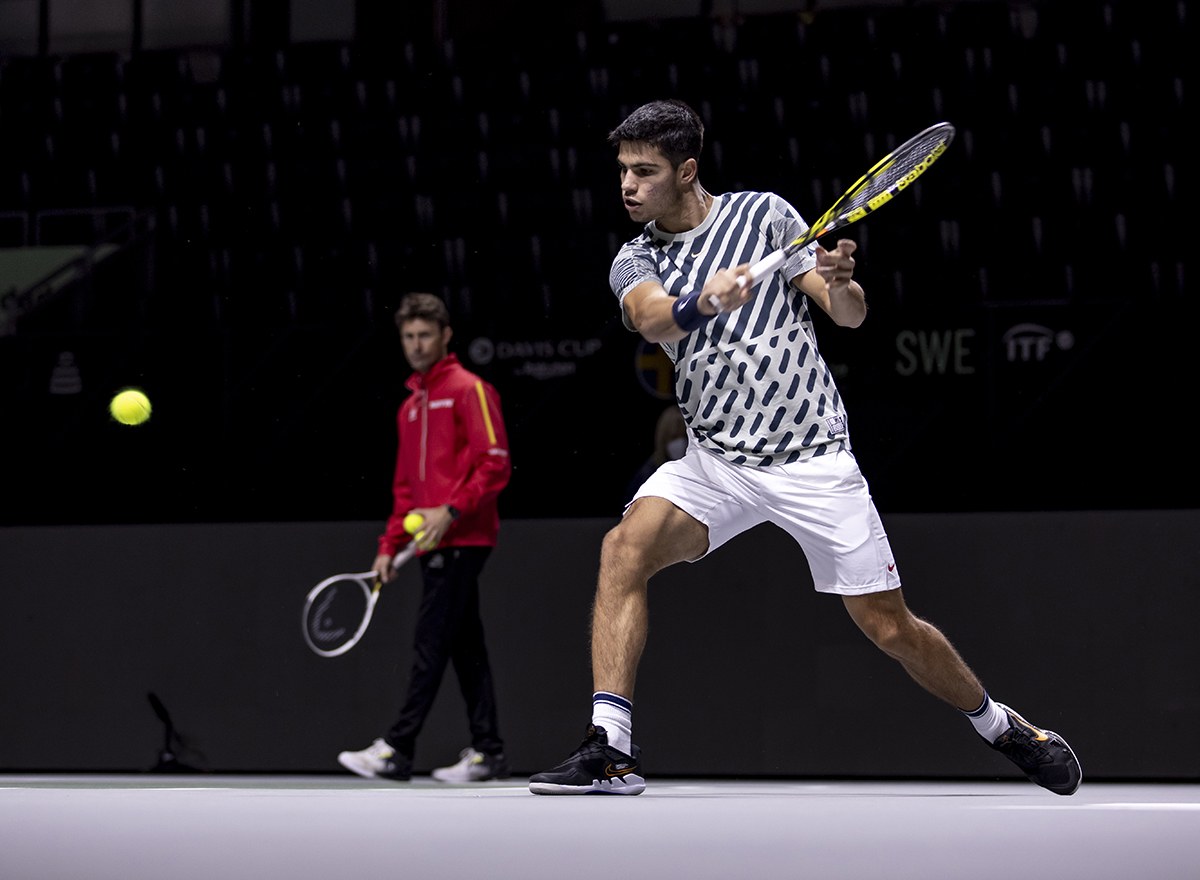 Less than twenty-four hours before its premiere in the final phase of the Davis Cup, the Spanish team suffered a setback of maximum scope. Carlos Alcaraz, one of the five members cited by coach Sergi Bruguera to compete these days at the Madrid Arena, tested positive for covid-19 and was immediately removed, according to EL PAÍS. Consequently, the rest of the components, Pablo Carreño, Feliciano López, Albert Ramos and Marcel Granollers, were isolated and subjected to tests, with negative results.

Apparently, Alcaraz, 18 years old and recruited for the first time for the Davis Cup, contracted the virus recently in Murcia, where he spent a few days – he is a native of El Palmar, a municipality of 25,000 inhabitants – after proclaiming himself champion of the Copa de Under-21 masters in Milan and attending an event organized by the newspaper Mark In sevilla. As this newspaper learned, in his land he met with his friends and one of them tested positive. Later, the tennis player joined the rest of those summoned and completed the concentration with them and the rest of the team members (technicians, trainers and other employees).

“After receiving the results of the tests carried out by the organization, the health response plan has been activated in coordination with the independent medical chief of the competition,” said the Royal Tennis Federation (RFET) at first through a A statement that was followed by another very similar one from the tournament organizers. “The member who has tested positive will remain isolated under the supervision of the head of the RFET medical services. The rest of the members of the Spanish delegation have submitted this afternoon [por este jueves] to a new PCR test by competition protocol ”.

Once the news broke, Alcaraz expressed himself through social networks. “I have tested positive for covid-19, which will prevent me from playing the Davis Cup that I was so excited about,” he transmitted on his Instagram account; “On the Saturday that we met for the first time with the team, I did a PCR and I tested negative, and every two days I took an antigen test and I also tested negative. I am saddened by the way I miss an important and super special tournament. I was very excited to play and represent my country here, in Madrid, in front of my people, but sometimes things don’t happen the way you want and you have to overcome ”.

The Murcian, who began to suffer some symptoms of indisposition this Thursday morning, was replaced by the Valencian Pedro Martínez, 24 years old and 60th on the ATP world list. The regulations of the International Tennis Federation (ITF) specify the following in article 37.1.3.1 of its code, which affects positives by covid:

“If the change is related to covid-19, the referee may allow the substitution of a maximum of three designated players (…). When directed by the ITF or the referee, the country [equipo afectado] you must submit to the ITF or the Referee (as applicable) appropriate independent physician certified medical evidence supporting the need for the change. The substituted player or players will not be allowed to play in any subsequent match in the week of the final phase.

The positive of Alcaraz puts the organization on alert and is a hard blow for the Spanish team, which defends the title obtained in 2019 and in addition to accusing the absence of Rafael Nadal, a few days ago he lost Roberto Bautista due to an injury.

Loss of another incentive

Now it is the Murcian who says goodbye. Representative with the greatest projection of his generation, Alcaraz has been the sensation of this season on the ATP circuit, given his projection and the results obtained. Reaching several records of precocity, the tennis player has risen from 141st to 32nd place and has celebrated his first title in the elite, on July 26 in Umag (Croatia); In addition, he entered the US Open quarters – he had to withdraw due to a muscle injury – and in other tournaments he also left traces, in the case of Vienna or Winston-Salem, where he reached the semifinals on both occasions.

Despite the strict protocol established by the ITF and the organization, through a bubble that prevents direct contact of the teams with any external influence, the virus has managed to cross the barrier of the competition and this, without Nadal beforehand, loses the great incentive of Alcaraz.

“Much encouragement to the entire Spanish team after the news we have received. When something like this happens, the competition takes a back seat. The most important thing is health and hopefully there are no more cases, “the Balearic said through a message on their networks.