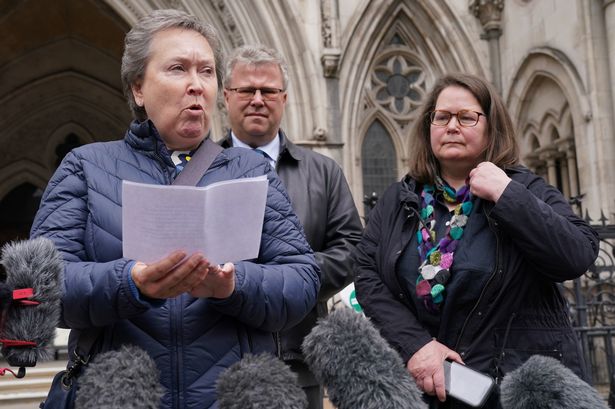 The government’s policy of discharging Covid-infected hospital patients into care homes has been ruled unlawful by the High Court.

In a bombshell judgement, two women whose fathers died of Covid defeated the government over a key issue in policies released in March and April 2020.

Judges said there was “no evidence” Mr Hancock “considered” the question of whether – for example – to quarantine care home arrivals for 14 days. But they added there was also no evidence “he was asked to consider it”.

Thousands of patients were offloaded from hospital wards into care at the start of the Covid pandemic as health chiefs feared an influx of intensive care cases.

But it was later found that many of them “seeded” infections into care homes, many of which led to deaths.

A Public Health England study found 97 out of 5,882 care home outbreaks in England were “due to hospital associated seeding” – leading to 286 deaths.

However, that study likely underestimated the scale of the problem because it only looked at those confirmed with a positive Covid test – at a time when testing was scarce.

The High Court today ruled the policies around discharging patients were unlawful because they failed to take into account the risk to elderly and vulnerable residents from non-symptomatic transmission of Covid.

Mr Hancock said in May 2020: “Right from the start we’ve tried to throw a protective ring around our care homes. We set out our first advice in February and as the virus grew we strengthened it throughout.

“We’ve made sure that care homes have the resources they need to control the spread of infection.”

The ex-aide said: “Hancock told us in the Cabinet room that people were going to be tested in care homes. What the hell happened?

Mr Hancock later defended the regime – claiming there was simply no other option.

The Health Secretary said “it wasn’t possible” to test everyone leaving hospital into care homes during a crucial month between mid-March and April 15 last year. Today he insisted the judgment “comprehensively” cleared him of wrongdoing.

But Charlie Williams, spokesperson for Covid-19 Bereaved Families for Justice, said: “I lost my father in a care home back in April 2020. We kept him there because we had been told that no one in the care home had Covid, that he would be safe, but later we learned from the staff, who were fantastic, that 27 patients had in fact died from the virus there.

“For the thousands of families like mine who lost loved ones in care homes, the last two years of cover ups and denials have been unbelievably painful.

“We’ve always known that our loved ones were thrown to the wolves by the Government, and the claims made by Matt Hancock that a ‘protective ring’ was made around care homes was a sickening lie.

“Now a court has found their decisions unlawful and it’s clear the decisions taken led to dying people who may otherwise still be with their loved ones today.

“We now need to see those responsible for those dark days held accountable and lessons learned to save lives, ensuring the grim scenes of Spring 2020 are never repeated again.”

Matt Hancock said in May 2020: “Right from the start we’ve tried to throw a protective ring around our care homes”
(

In that fatal month, Covid-19 “seeded” into some homes as a flood of elderly patients were discharged from hospital to make room for urgent cases.

Mr Hancock told a No10 press conference last year: “My recollection of events is that I committed to delivering that testing for people going from hospital into care homes when we could do it. I then went away and built the testing capacity.”

In a ruling today, Lord Justice Bean and Mr Justice Garnham concluded that policies contained in documents released in March and early April 2020 were unlawful.

The judges said they failed to take into account the risk to elderly and vulnerable residents from non-symptomatic transmission of the virus.

They said that, despite there being “growing awareness” of the risk of asymptomatic transmission in March 2020, there was no evidence Mr Hancock addressed the issue.

The judges said in their ruling: “In our judgment, this was not a binary question, a choice between on the one hand doing nothing at all, and on the other hand requiring all newly admitted residents to be quarantined.

“The document could, for example, have said that where an asymptomatic patient, other than one who has tested negative, is admitted to a care home, he or she should, so far as practicable, be kept apart from other residents for up to 14 days.

“Since there is no evidence that this question was considered by the Secretary of State, or that he was asked to consider it, it is not an example of a political judgment on a finely balanced issue. Nor is it a point on which any of the expert committees had advised that no guidance was required.

“The drafters of the documents of March 17 and April 2 simply failed to take into account the highly relevant consideration of the risk to elderly and vulnerable residents from asymptomatic transmission.”

A spokesperson for Matt Hancock said: “This court case comprehensively clears Ministers of any wrongdoing and finds Mr Hancock acted reasonably on all counts.

“The court also found that PHE failed to tell Ministers what they knew about asymptomatic transmission.

“Mr Hancock has frequently stated how he wished this had been brought to his attention earlier. Mr Hancock’s thoughts are with everyone who lost loved ones, and we must ensure that all the right lessons are learned.”

But Layla Moran, Chair of the All-Party Parliamentary Group on Coronavirus, said: “It is unforgivable that, despite government promises, some of the most vulnerable in society suffered the most during the pandemic, with many forced into solitude for months and countless passing away without the comfort of loved ones.

“After Partygate, the billions in public money wasted and today’s ruling, the need for a public inquiry to begin immediately is clear.

“Lessons must be urgently learned so care homes are never again treated as an afterthought in pandemic planning.”

“Transferring untested hospital outpatients into enclosed facilities where carers were denied access to proper PPE and even sick pay was always going to have tragic consequences.

“GMB members nursed much-loved residents as they died from this awful virus, while all the while worrying about their own safety and how they were going to pay the bills.

“If any good is to come out of this pandemic then it must include urgent reform of the sector.”