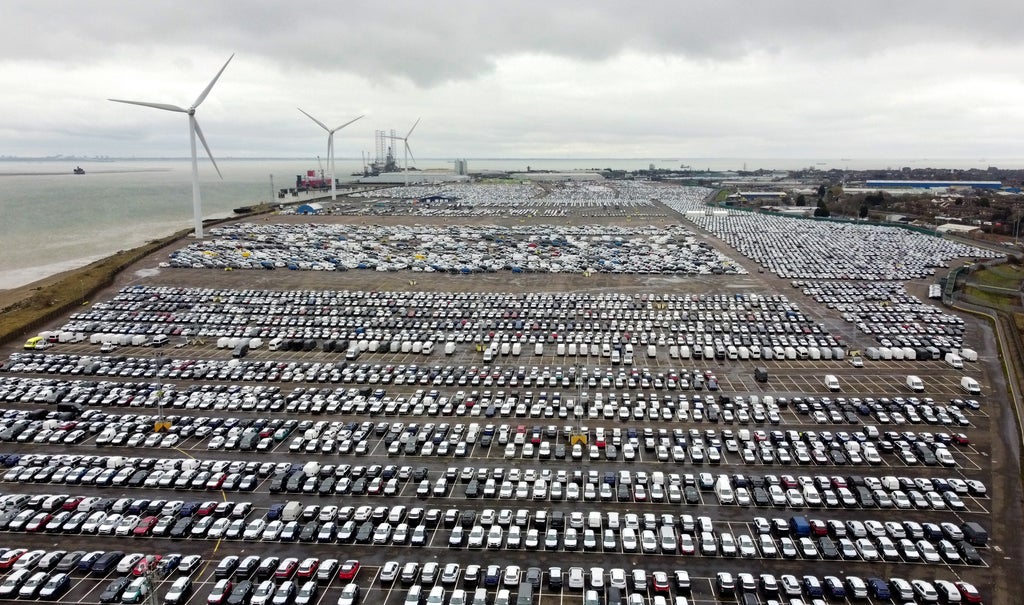 The number of cars built in the UK last year fell to the lowest total since 1956 as the industry suffered a “dismal” 12 months, new figures have revealed.

The Society of Motor Manufacturers and Traders (SMMT) said issues such as the shortage of semi drivers, the closure of Honda’s Swindon factory, Covid-related issues like staff shortages and border controls following Brexit had all affected carmakers.

Factories had to reduce or pause production as they waited for parts hit by the global pandemic.

He said there were grounds for optimism in 2022, with potential £4.9 billion of investment announced, the highest since 2013, and annual production forecast to begin recovering to over one million.

The new data showed factories built a record number of battery electric (BEV), plug-in hybrid (PHEV) and hybrid electric vehicles (HEV) last year, with almost a quarter of a million of these zero and ultra-low emission vehicles leaving production lines, representing more than one in four of all cars made.

Four out of five new cars were shipped overseas, with the European Union being the biggest market at 55%, followed by the United States.

The SMMT said a significant proportion of announced investments was in support of electrified vehicles, with the expansion of existing facilities in the North-East and the proposed development of a new battery gigafactory in the West Midlands.

Mr Hawes said there was consumer demand for new cars, adding: “2021 was another incredibly difficult year for UK car manufacturing, one of the worst since the Second World War which lays bare the exposure of the sector to structural and, especially, Covid- related impacts.

“Despite this miserable year, there is optimism. With Brexit uncertainty largely overcome, investments have been unleashed, most of which will help transform the sector to its zero-emission future.

“This is a vote of global confidence in the UK but must be matched by a commitment to our long-term competitiveness, support for the supply chain in overcoming parts shortages, help with skills and training and, most urgently, measures to mitigate the escalating energy costs which are threatening viability.”

The SMMT added that the latest independent production outlook for 2022 forecasts UK car production to increase to more than one million units, representing a near 20% increase on the 2021 total, and could reach 1.1 million in 2025, with further growth beyond.

A Unite spokesperson said: “It is heartening that investment is recovering and electric vehicle production continues to increase at pace.

“For this progress to be built upon and for the UK to retain its world-leading auto sector, however, there needs to be ‘hands on’ Government involvement and investment to ensure the opportunities the transition to electrification presents are fully realized.

“That’s why it is essential that the Government brings forward a tailored industrial blueprint for automotive as soon as possible.”

See also  The ECB will reduce debt purchases in 2022