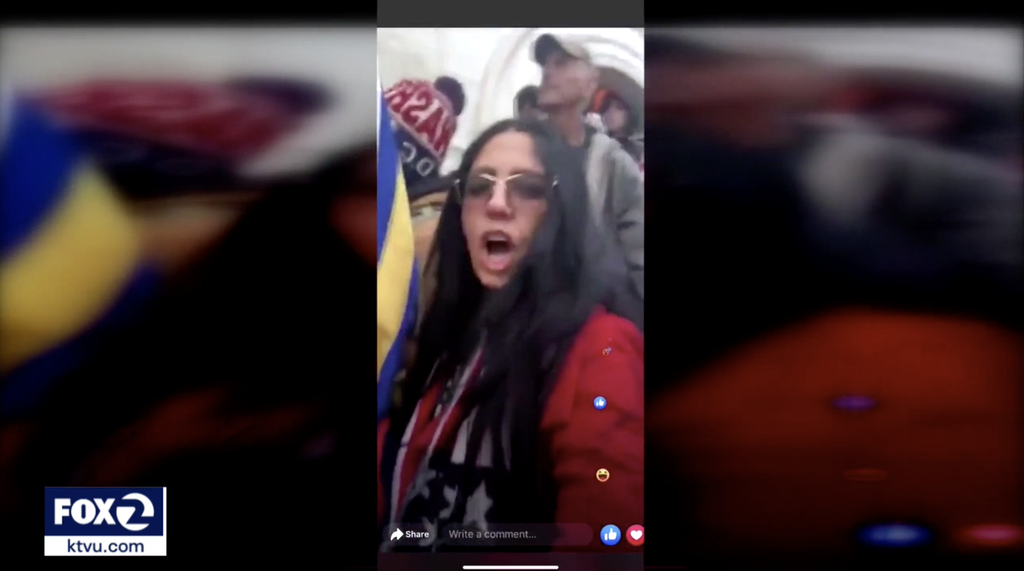 A convicted Capitol rioter has been sentenced to a month and a half in prison, after claiming her loyalty to Donald Trump stemmed from nearly getting hit by one of his golf balls.

Prosecutors say Mariposa Castro, who also goes by Imelda Acosta, was among the mob that stormed the US Capitol on January 6, 2021. In videos she posted to Facebook, she could be seen climbing into the building through a broken window.

Later, the complaint says, Ms Castro left the building after breathing in a “chemical irritant.” In subsequent videos, she could be seen walking away from the Capitol with another person, chanting threatening messages like “We’re coming” and “This is war.”

In a deal with prosecutors, Ms Castro pleaded guilty only to the parading charge. On Wednesday, she was sentenced to 45 days in prison and a $5,000 fine.

Before her sentencing, Ms Castro’s lawyer, Elita Amato, explained the origins of her client’s loyalty to Mr Trump.

“In 2006, Ms Acosta [aka Ms Castro] and her husband took a trip to Pebble Beach to play golf,” Ms Amato said in her sentencing memo.

“During one of these golf games they almost got hit by a golf ball of another player. Ms Acosta turned to look in the direction of the putter and saw it was Trump. They ended up having an amicable conversation together.”

The lawyer said this was not necessarily what turned Ms Castro into a devoted “Trump fan,” but it “certainly gave her a positive image of him and she supported him during his run for president.”

Over the next several years, Ms Castro attended numerous Trump rallies, and on 6 January, she and her husband traveled to Washington, DC to attend the outgoing president’s speech.

Afterward, Ms Amato said, they returned to their hotel instead of following the crowd making its way to the Capitol – but after turning on the TV and seeing the rioters swarming the Capitol, Ms Castro decided to go join them.

At Ms Castro’s sentencing, the judge overseeing the case harshly admonished her.

“I’ve been reading a couple books about how civil war starts, and so much of history is repeating itself in our country,” US District Judge Reggie Walton said, according to NBC News. “I love this country, this country has been good to me, and to see what people are trying to do to this country… is just very concerning.”

“I don’t glorify my actions,” she said. “I got caught up on the energy, and if I could go back and change things over, I definitely would have brought more peace.”

Since the 6 January assault on the Capitol, more than 750 people have been arrested and charged in connection to it. The FBI has estimated that about 2,000 people took part in the insurrection.