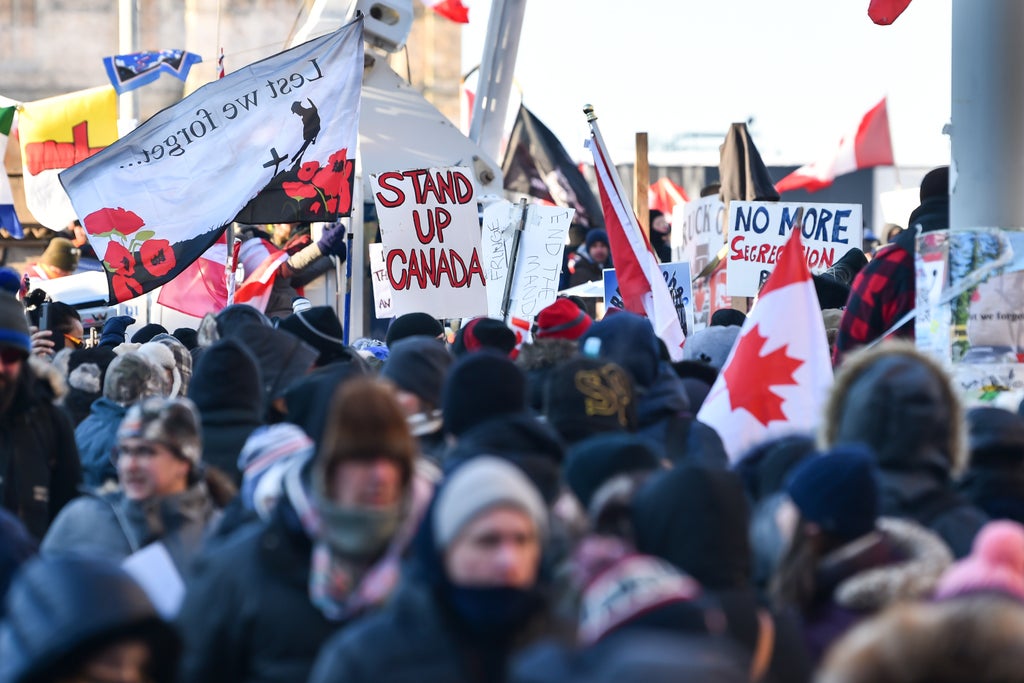 ‘Freedom Convoy’ Results In State Of Emergency In Ottawa, Canada

The mayor of Ottawa has declared a state of emergency as protesters in trucks opposed to Covid-19 restrictions continue to paralyze the center of the Canadian capital.

Thousands of truckers descended on Ottawa for the second weekend, joining a hundred who remained for more than a week. Residents are furious at the nonstop blaring of horns, traffic disruption and harassment and fear no end is in sight after the police chief called it a “siege” that he could not manage.

The “freedom truck convoy” has attracted support from many US Republicans including former President Donald Trump, who called Prime Minister Justin Trudeau a “far left lunatic” who has “destroyed Canada with insane Covid mandates.”

Police report that multiple arrests have been made related to the protest as Major Jim Watson warns that someone may get killed or seriously injured because of the irresponsible behavior of some of those involved.

The city has asked to increase fines for many offenses and to double the size of the police force to address what the mayor called “an aggressive and hateful occupation of our neighbourhoods” that has nothing to do with vaccine mandates.

Stay tuned for the latest updates…