Skip to content
Home News Can the crimes of the Franco regime be judged? Experts believe not 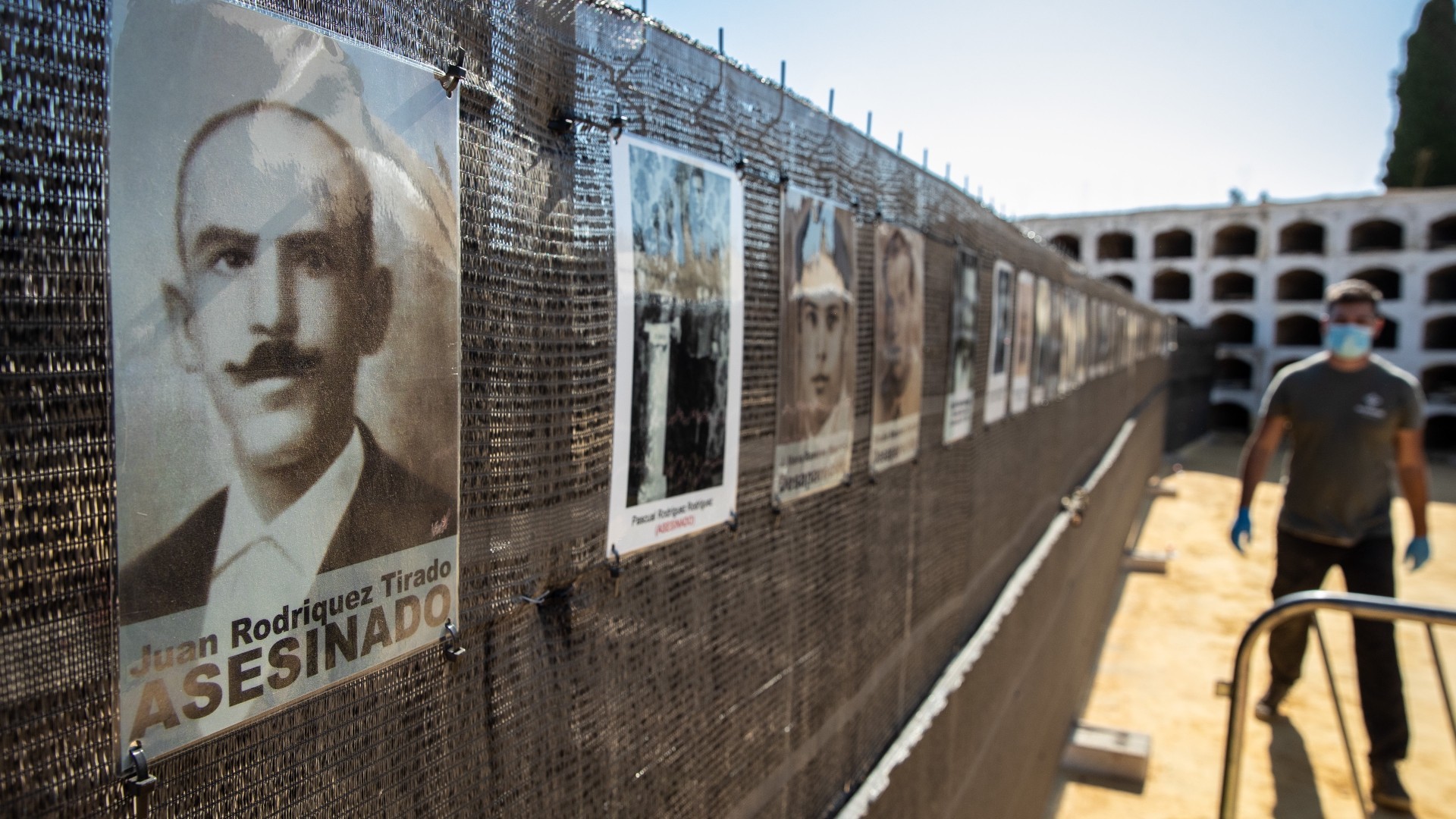 “You cannot change an amnesty 40 years later.” Constitutional Law experts see no possibility that the amendment of PSOE and United We Can open the door to investigate or judge the Democratic Memory Law previous Francoist crimes to Amnesty Law of 1977, given that the principle of non-retroactivity included in the Constitution I would not allow it.

The amendment involves introducing in the 1977 law that war crimes, against humanity, genocide and torture have the consideration of imprescriptible and not amnestiable, as interpreted and applied in the International human right. However, it has generated a lot political debate within the government coalition and also with its partners. The Minister of the Presidency, Félix Bolaños, has affirmed that legally everything will remain the same and that the difficulties in prosecuting Francoist crimes will continue to be the same, something that Unidos Podemos does not agree on, which sees possibilities based on international law.

The Constitution establishes two clear barriers to the prosecution of Francoist crimes. One, is the “Principle of non-retroactivity” for “sanctioning” or “restrictive individual rights” provisions, which together with that of “legal security” It is included in its article 9.3. The other is that “no one can be convicted or punished for actions or omissions that at the time of occurrence do not constitute a crime, administrative offense or offense, according to the legislation in force at that time ”, as indicated in article 25.1.

What does this mean? The experts in Constitutional Law consulted by RTVE.es explain that, when these crimes occurred prior to the Transition, the crime of genocide, torture or against humanity did not exist in Spain to which United We can appeal to investigate these issues and, therefore, they cannot be prosecuted, since they were not typified in the Penal Code until 2003. Therefore, only crimes of these characteristics committed thereafter can be considered imprescriptible and not amnesty, but not the previous ones. On the other hand, the Constitution It only allows the retroactivity of the rules when it represents a benefit for the affected and not a damage.

“It is a basic principle of any rule of law,” the professor at the Rey Juan Carlos University José Manuel Vera Santos tells RTVE.es. “Rules that are detrimental cannot be applied retroactively. to the rights of individuals. Therefore, 40 years later, an amnesty that had been approved cannot be changed ”. Nor can it be, he adds, “to go back in a basic principle of legal certainty, from which, if a fact is amnestied, it continues to be ”.

there is already precedents in the Constitutional Court who have made it clear that it is not possible to judge these facts. Last January, the court denied protection to the former secretary general of the PCE and promoter of Izquierda Unida Gerardo Iglesias, by police torture suffered during three arrests that occurred in 1964, 1967 and 1974. Magistrates the complaint was inadmitted of Iglesias, for events that occurred 50 years ago, because it was based on alleged crimes against humanity that were not classified in the Penal Code until 2003, without its retroactive application being possible.

United We can, however, allude to the fact that the mention in the amendment to International Law and, specifically, Humanitarian Law, opens the door for crimes committed decades ago not to go “unpunished”. However, the expert in Constitutional Law from the University of Granada Agustín Ruiz Robledo assures that this “Nothing changes” at the legal level, since simply “Makes express in the law” of Amnesty “what is already implicit” in all Spanish laws. And it is that own Constitution set in your article 10.2 that “the norms relating to fundamental rights and freedoms that the Constitution recognizes shall be interpreted in compliance with the Universal Declaration of Human Rights and international treaties and agreements on the same matters ratified by Spain ”.

What’s more, Robledo remembers that Spain has never ratified the Convention on the Non-Applicability of Crimes of Genocide and Against Humanity of the United Nations. “The position of those who defend this is legally very weak. The amendment does not refer explicitly to the crimes of the Franco regime nor does it cite a specific article of Humanitarian Law, but rather it simply speaks of principles, which is something much more vaporous ”, he adds.

See also  Are Rangers favorites to win the title after sweeping Hearts aside at Ibrox? Monday Jury - Record Sport Online

The professor of Constitutional Law at the University of Valencia, Lorenzo Cotino, points out to Efe, however, that events that occurred during the dictatorship by the Chamber prosecutor to be created with the Democratic Memory Law could investigated, but without criminal significance. In this sense, it recalls that the Constitutional Court itself endorsed the work of the Basque Government Assessment Commission, which, based on the Basque law on police abuse, is in charge of analyzing the requests of victims of abuse. Understand that this does not violate the Magna Carta.

Ruiz Robledo placeholder image, instead, rule out that it is possible since the task of investigating without criminal purposes is that of the “historians”, not that of the Prosecutor’s Office. Remember that the former magistrate of the National Court Baltasar Garzón has already opened a case against the crimes of the Franco regime in the past declaring itself competent for it, although the Supreme Court ruled that he made a mistake. Garzón was sentenced to eleven years in prison for prevarication for declaring himself competent to judge that cause, although he was finally acquitted.

They foresee a “judicial uproar”

The experts foresee that, with the wording of this amendment, the a scene of legal complaints to investigate some facts that organize a certain “commotion”. Ruiz Robledo points out that it is common for the interpretation of the Constitution to be Legally “twist” as they want, he says, those who defend that the crimes of the Franco regime are tried, but he sees few possibilities.

Even the magistrate of the Constitutional Court Maria Luisa Balaguer, what was the only one who cast a private vote against the rejection of protection for Gerardo Iglesias, has recognized as a result of the amendment in The Newspaper of Spain that the difficulties in judging the Franco regime continue to exist given article 9.3 of the Constitution and goes further by stating that ending the Amnesty Law of 1977 could lead to the questioning of the constitutional consensus itself.

In this sense, Vera recalls that the Amnesty Law was not applied only to Franco regime leaders that they had committed crimes, but to ETA members and even the “anti-Francoists”, which would imply that the idea of ​​changing or repealing this law I would remove all that past. Although he agrees that the amendment, as drafted, does not imply any substantial change in the rule from a legal point of view. “If what it is about is the moral compensation to the victims or other political considerations, its application can be studied, but certainly not from the legal field”, sentence.

Beyond this amendment by the PSOE and United We Can, Ruiz Robledo sees it as difficult for him to open any way to prosecute the crimes of the Franco regime because the main “stumbling block” will always remain the Constitution. “The technical path”, he affirms, would be to dictate an organic law to change the Penal Code that would establish that crimes against humanity and genocide prior to 2003 could be investigated, in turn modifying the Criminal Procedure Law. “But in any case, those laws would clash with the Constitution and it would not be in any case possible “.