Skip to content
Home News ‘Can I force my husband to get a job so I can retire early?’ 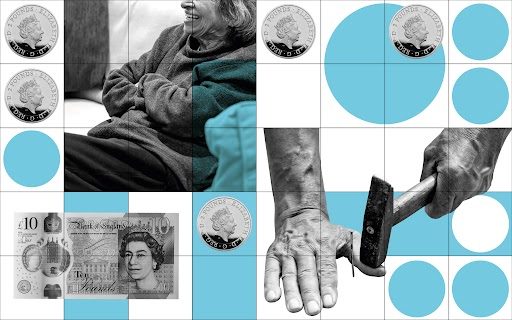 I am approaching 60 and would like to retire next year. I have had a long and successful career and feel I have earned the right to put my feet up a few years early.

However, I bring most of the money into our household and our income would drop significantly if I took this path.

My husband is an artist and sells paintings of the seaside online. He brings in money in dribs and drabs, but nowhere near enough to match my salary.

We have paid off our mortgage, and don’t spend a lot of money, but I do not want to be on the breadline waiting for our state pensions to kick in.

Seeing as I have brought the majority of the money into the household over the past 40 years, can I ask my husband to get a job so I can retire early?

Early retirement is a dream for many and, as the primary breadwinner for so many years, few will judge you for wanting to put your feet up.

It is good that you are considering your options. Simply taking your pension early could mean you risk running out of money in later life if you don’t have enough to last you.

Your husband may consider himself as already having a job, albeit a low-paying one. However, he has relied on your salary to support him while he has pursued his passion for art.

Although this has brought in some money, he would not have been able to afford the lifestyle he has been accustomed to on his own.

This arrangement may have worked for the majority of your working lives, but many would say it is fair for you to now ask him to take a full-time job for the next six years, until your state pensions kick in.

Once you both retire he will have all the time in the world to pursue his art. In the meantime, he may have to be content with painting on the weekend and in the evenings, like other artists with full-time jobs.

However, you should consider the impact leaving work now would have on your income in later life.

Earning money is considerably easier in your sixties than your eighties, so leaving work now could come back to haunt you if you don’t have enough saved up.

A single person needs an annual income of £33,600, including the state pension, to lead a “comfortable life”, according to the Pensions and Lifetime Savings Association, a trade body.

This affords holidays in Europe for three weeks a year, eating out and visiting the theater regularly.

A “moderate” lifestyle would require an income of £20,800 a year for a single person, and would still be enough for a holiday in Europe for two weeks a year and eating out a few times a month.

Perhaps there is some middle ground? Another option would be to share the load by moving into part-time work and asking your husband to do the same. This way you will maintain an income and still have more time to enjoy yourself as you approach full retirement.

If you decide to take your pension early, working part-time can ensure that you still have cash coming in. This will leave you better protected later in life.

What do you think? Let us know in the comments section below and by emailing [email protected]

You can also put any question to us (and anonymously) by using the email address above.