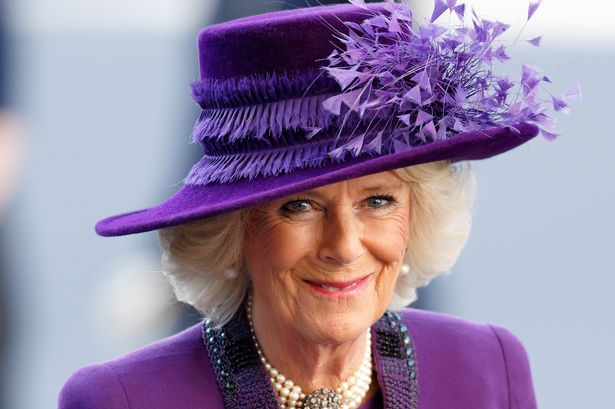 The Duchess of Cornwall has said it will be a “great honour” to become Queen Consort.

Camilla said the position will help her to highlight the causes she supports, as she spoke for the first time in length about the decision in a conversation with presenter Emma Barnett.

On her work with victims of domestic violence, Camilla said she would not “give up mid-channel”, saying she hopes to continue “doing it for a lifetime”.

The Queen issued her royal seal of approval for the duchess to use the title of Queen when her husband, the Prince of Wales, becomes King, when she marked her 70th year on the throne earlier this month.

Speaking to Barnett at Clarence House for Woman’s Hour and BBC Breakfast, where she was reunited with Diana Parkes, whose daughter Joanna Simpson was killed by her husband in 2010, Camilla said: “Of course it’s a great honor (becoming Queen Consort), it couldn’t be anything else. But it does help it.

“I’m going to keep up with these causes. You know if I start something like this, I’m not going to give up mid-channel, I’m just going to keep going to try and help the likes of people like Diana … I hope I should be doing it for a lifetime .”

The duchess has previously cited Ms Parkes as the inspiration behind her work with domestic abuse victims, according to the BBC.

During the interview, she called for more action to tackle violence against women.

“We do need to help culture change. And I think we have to start at the beginning, I think children at school have got to be taught respect,” the duchess said.

What do you think about Camilla becoming Queen Consort? Have your say in our comments

“We have got to go back to the beginnings and… just build up this idea that you have to have respect for human beings, it’s lack of respect.

“It’s treating women like chattels and people thinking they can get away with it. I’m sure a lot of people do it and think that there’s nothing wrong.

“I don’t think (the issue of abuse has) got any better. I think the lockdown was terrible because people actually couldn’t escape. And you see the numbers have gone up.

“But on the other hand, I think it’s drawn a lot of people’s attention to it. I think it’s talked about much more now.”

Camilla has been an advocate for the cause on numerous occasions, including when she met domestic abuse survivors at Bath charity Voices on February 8.

She has also previously spoken about the need for more to be done to prevent violence against women, with references made to the killings of Sarah Everard and Sabina Nessa.

The duchess also told Barnett she hoped the Queen’s Jubilee would give people the opportunity to “all get together and celebrate”.

She said: “It’s always lovely to have something happy to look forward to, isn’t it? I mean, we’ve all been through hard times. We’ve all been locked away from our family and friends. And now we could all get together again and celebrate.”

See also  Can a royal go to prison and what happens if they're arrested?

Camilla, 74, recently caught Covid for the first time, with Clarence House confirming on February 14 she had tested positive.

The Queen ended years of speculation and controversy over the duchess’s future title by publicly announcing it was her “sincere wish” that Camilla should be known as Queen Consort when the time came.

Barnardo’s interim co-chief executive Michelle Lee-Izu said: “We are very grateful to our Royal Patron, The Duchess of Cornwall, for raising awareness of this important issue.

“Children affected by domestic abuse are some of the most vulnerable in the country and at Barnardo’s we see first-hand the devastating impact of this abuse on children’s wellbeing and future outcomes.”

The full interview is due to air on February 24 on Woman’s Hour and BBC Breakfast and was conducted in person around three weeks ago, before Camilla was diagnosed with coronavirus.