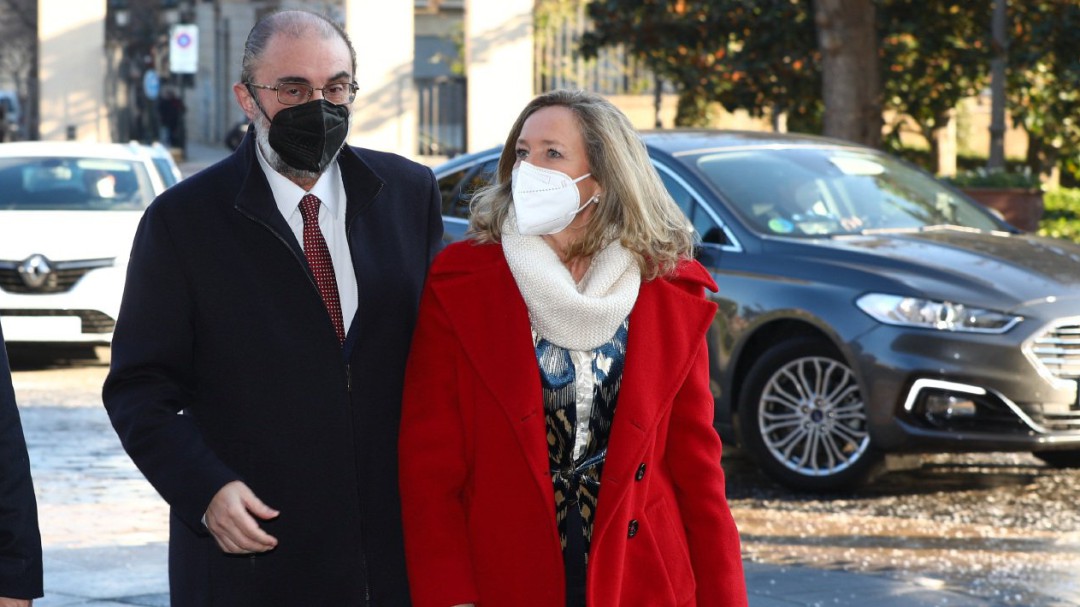 The First Vice President of the Government of Spain and Minister of Economic Affairs, Nadia Calviño, stated this Wednesday that “the campaign” of the PP to “boycott” the management being carried out by the Executive of European funds “attacks the interests of Spain “, so “he has neither head nor tail”.

Visiting Zaragoza to participate in a meeting with businessmen on European funds, Calviño has stated that the Government of Spain has “a country plan” and has summoned everyone to “row in the same direction” in all public administrations, also those directed by the PP.

“I hope that the PP abandons this attitude of boycott, denial and obstructive, and we can continue collaborating with the PP Administrations to have the maximum impact with the investments” of the funds, he added.

In addition, Calviño has pointed out that the IMF “has confirmed that the economic recovery has gone from less to more in 2021 and positions Spain as one of the engines of growth worldwide in 2022 and 2023”, adding that “there have been revisions to the up and down, and there will be more, but the outlook is positive.

Calviño stressed that the sixth wave of infections dominated by the omicron variant “is having a much lesser impact” than others, although he called for “prudence” in the face of current geopolitical tensions “which add uncertainty and may have an economic impact.”

In any case, he stressed that “all national and international organizations place Spain as one of the engines of economic growth in 2022 and 2023”.

Regarding inflation, pointed out by the IMF as a factor that may be more persistent than initially expected, Calviño referred to the forecast of the European Central Bank (ECB) of an “intense drop” in prices this year, particularly in the second part, and insisted on “acting with great prudence because the international scene is particularly complex”.

Precisely, on the crisis in Ukraine, Calviño pointed out that the approach of the Spanish Government is one of “responsibility” and of betting on peace because it is “a very serious issue that has a very relevant economic impact”.

He affirmed that “there is a constant dialogue with all the political groups” in parliament and “a desire for all of us to row in the same direction in the face of the country’s challenges.”

Asked about the data from the Active Population Survey (EPA) for the fourth quarter of 2021 that will be known this Thursday, Calviño trusted that they “confirm what we have already seen with the affiliation to Social Security” of recovery of 20 million employed and pre-pandemic levels.

Calviño commented that in addition to recovering these figures, the intention is to “take advantage” of the recovery plan to solve the structural problems in the labor market and he hoped that the labor reform will obtain “wide support” in parliament. He said he did not understand “that there are groups that are opposed” and limited himself to commenting that at this moment dialogue is being held with the groups “without losing sight of the need to protect that balance” reached with the social agents.

See also  Arrests: He fakes his death to flee the US and ends up arrested after being seriously ill for COVID in a hospital in Scotland | International

Regarding the housing law, Calviño opted to wait for the report of the General Council of the Judiciary (CGPJ) to “analyze it and on that basis make the decision on which bill is finally sent to parliament.” In this sense, he said that “we always analyze” the reports of the different organizations “to try to incorporate everything that may allow us to improve a normative text” and that he hopes that this law will be approved “as soon as possible”.