Focused Callum McGregor insists Scotland’s pumped-up players are every bit as motivated as the Ukraine squad hoping to give their battle-scarred nation a World Cup lift.

The teams will face off at Hampden on Wednesday looking for the result which will set up a showdown with Wales in Cardiff and leave them just one step away from Qatar.

But for Ukraine, the match also holds greater significance as they look to send a symbolic message out to the watching world making clear they will not bow to the Russian aggression that has cost thousands of lives, devastated cities across the country and sent millions scurrying for refuge abroad.

Celtic skipper McGregor has huge sympathy for those caught up in the conflict.

But he’s also adamant that Scotland qualifying for a first World Cup since 1998 will mean just as much to the Scots as it would to the war-torn Ukrainians.

The Scotland midfield ace said: “They can’t have more motivation than us.

“We’ve waited a really, really long time to have that opportunity to get back to a World Cup so their motivation can’t be any more than ours.

“We just have to approach the game professionally.

“We obviously have sympathy for the situation over there and it’s sad to see.

“But we still have a job to do.

“When the game starts, we have to be just as motivated, if not more so, to win the game.

“That’s our full focus on the days leading up to the game. When we cross that white line, we have to be ready to go.”

Hampden is certain to be awash with emotion ahead of kick-off, with the Tartan Army expected to put on a show of solidarity with their Ukranian counterparts against Vladimir Putin’s vile, illegal invasion.

But McGregor also believes the biggest show of respect his side can offer Oleksandr Petrakov’s team is to treat the game as if they were facing any other opponent.

He said: “I don’t think it’s a balance. When the game kicks off we have to go.

“I think if anybody expects us to do anything other than that, they’re wrong.

“We appreciate the situation. It’s really tough to see. We flick on the news every day and something else has happened. It’s a horrible situation.

“But we have a game of football to play on Wednesday and they will be just as motivated as us to win.

McGregor became the first Scot in 23 years to net at a major tournament when he pounced against Croatia at last summer’s Euros.

His Hampden strike wasn’t enough to prevent an early exit but that taste of big-stage action as whetted his appetite for more.

“It was a brilliant moment personally for me but bitter-sweet as we never got through the group,” he said.

“It was still a good moment in my career.

“To see the build-up and the feeling around the country going into that tournament, that’s what we want to have.

“We want all eyes on us going into the tournament, the hype around it, the magnitude of the games, the players you’ll come up against.

“The Euros were really special in that sense and I can only think if you get to a World Cup it will be magnified even more than that.

“So the motivation is 100 percent there for us.” 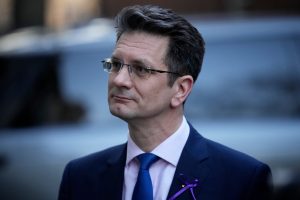 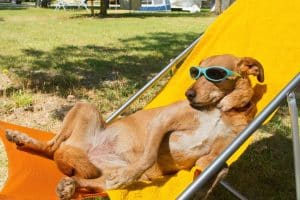