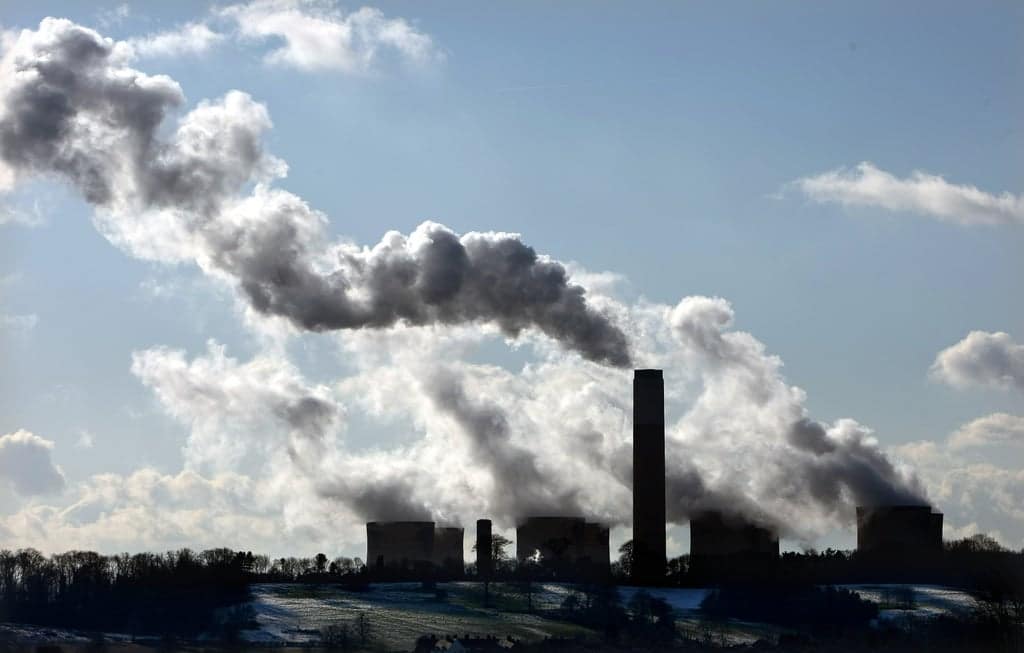 UN scientists have called for an end to the fossil fuel age, as a new report warns immediate action is needed to curb dangerous climate change.

Meeting goals agreed by countries to limit temperature rises to 1.5C or below 2C to avoid the worst impacts of climate change requires rapid, deep and immediate greenhouse gas emissions cuts in all areas, a new UN report says.

And it calls for “substantial reductions” in the use of fossil fuels to curb emissions.

While there are signs of action, the world is heading for more than 3C of global warming, scientists from the UN’s Intergovernmental Panel on Climate Change (IPCC) warn.

Jim Skea, co-chair of the team behind the report, said the world was “definitely not on track” to limit warming to 1.5C, beyond which scientists warn increasingly severe floods, droughts, hits to crop yields, rising seas and wildlife die -offs are expected.

The report “concludes that unless there are immediate and deep emission reductions across all sectors, limiting warming to 1.5C will be beyond reach”, he warned.

One of the report’s authors, Jan Christoph Minx, from the University of Leeds, said: “We really need to change course, we need to end the age of fossil fuels and enter an age of climate policy. This has not happened yet.”

As the UN science body released the third part of its sixth assessment report, detailing the solutions to climate change, UN Secretary General Antonio Guterres described it as a “file of shame” of empty pledges made by countries so far, and accused governments of lying over the action they were taking.

“Climate promises and plans must be turned into reality and action now.

“It is time to stop burning our planet and start investing in the abundant renewable energy all around us,” he urged.

The report, which draws on 18,000 studies and sources, pitches scientific findings on climate change into an already heated debate on energy supplies and costs prompted by rising oil and gas prices amid Russia’s invasion of Ukraine.

In the UK, the Government will set out a new energy strategy on Thursday with expectations of support for offshore wind and new nuclear reactors, but not cheap onshore wind, amid clashes over whether to speed up the shift away from oil and gas or boost domestic fossil fuel supplies.

The latest study follows two previous installations of the overarching sixth assessment report, the first of its kind since 2014.

The first set out a “code red” warning on what humans are doing to the planet, and the second detailed impacts of climate change and our options for – and limits to – adapting to rising temperatures.

A meeting to agree the 63-page summary of the report for policymakers, approved in a line-by-line process involving scientists and representatives of 195 countries, overran by more than two days as delegates wrangled over the text, which is now deemed to have been approved by governments.

The report finds there are still routes to curbing global warming to 1.5C.

But the world is well off track to make the necessary emissions cuts, with pollution continuing to rise, and there is more private and public money flowing into fossil fuels than into climate action.

The report spells out the world can cut emissions by switching to increasingly cheap renewables, electric heating and transport, as well as increasing energy efficiency, capturing carbon and planting trees.

It highlights how consumers can be encouraged to make green choices in eating more plant-based diets, heating homes, taking up walking and cycling or driving electric cars, and how cities can be made greener, more walkable and healthier.

The report says the costs of solar and batteries needed for electric vehicles have plunged by 85% in the last decade and their deployment has soared, while wind power has fallen by 55% in price.

Some countries have brought in effective laws and policies that have led to falls in emissions.

And it finds the economic benefits of cutting emissions exceed the cost of the action needed, while trillions of dollars of coal, oil and gas assets could become “stranded” as the world takes action to limit global warming.

But based on policies implemented up to the end of 2020, the world faces temperature rises of 3.2C by 2100, and warming of 2.8C even if all the climate action pledges for the next decade are delivered on.

To give the world an even chance of limiting temperatures to 1.5C, immediate action is needed, with 43% cuts in greenhouse gases on 2019 levels by the end of this decade.

Emissions have to peak by between 2020 and before 2025 to limit warming to 1.5C or 2C, with rapid and deep reductions in the coming decades, including for methane which is produced through activities including farming and oil and gas production.

The report warns that measures to remove carbon dioxide from the atmosphere are “unavoidable” if the world is to reduce emissions to zero overall by the second half of the century to meet the temperature goals.

But these measures, which range from restoring forests to developing technology that directly captures carbon from the air, can have risks.

IPCC chairman Hoesung Lee said: “We are at a crossroads. The decisions we make now can secure a liveable future. We have the tools and know-how required to limit warming.”