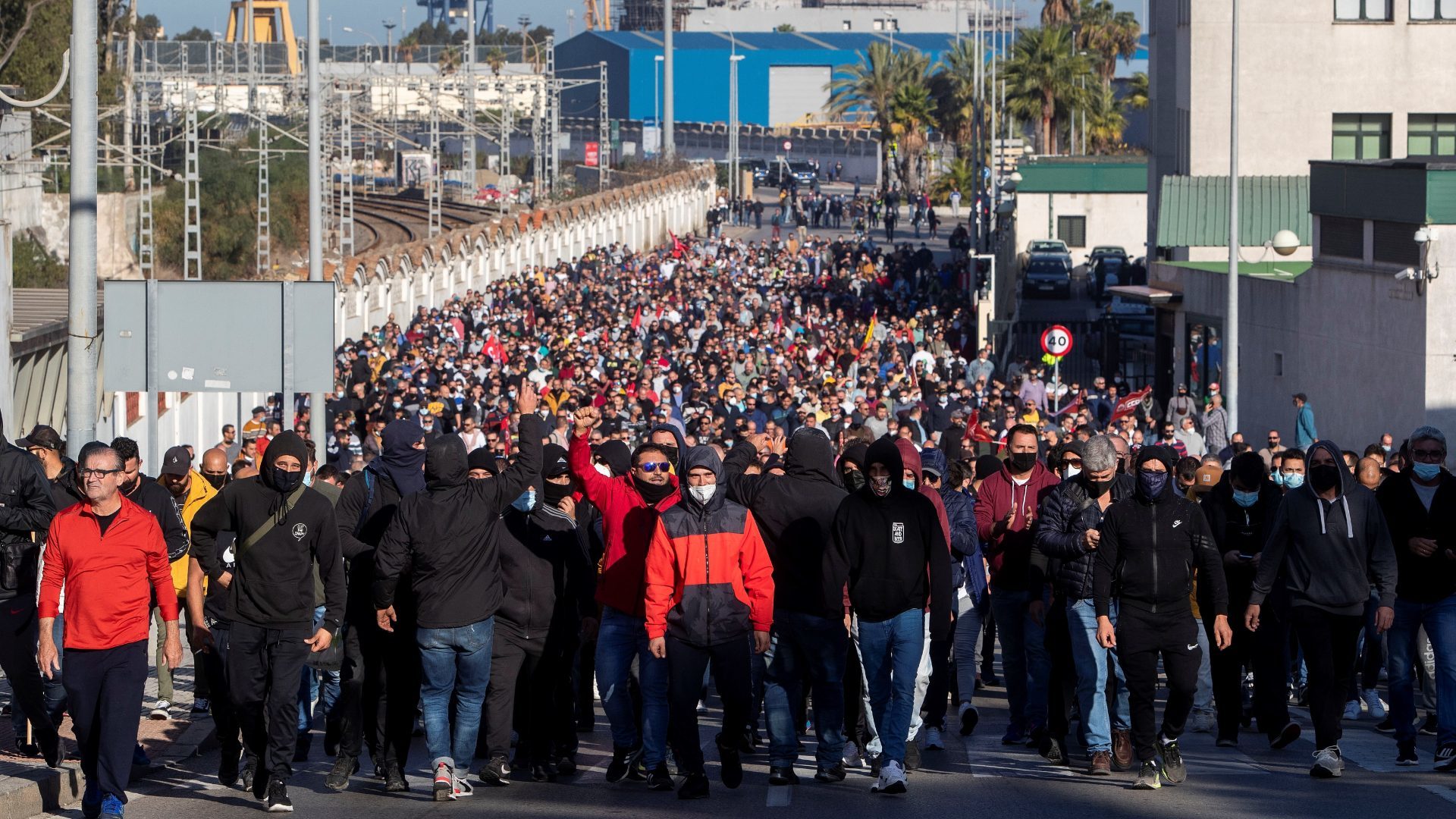 The indefinite strike maintained by the 20,000 workers in the metal sector of Cádiz continues this Friday for the fourth consecutive day after a new failure of the negotiating table between the employer’s association and the unions, union sources have informed EFE.

At the meeting, which began at six in the afternoon on Thursday and ended minutes before two in the morning on Friday, the representatives of CCOO, UGT and the Federation of Metal Companies of Cádiz (FEMCA) nor they have managed to reach an agreement.

This meeting, which lasted eight hours and was held at the Seville headquarters of the Ministry of Employment, was convened after neither will an agreement be reached the day before, in another negotiation that lasted twelve hours.

The negotiating parties accuse each other of not moving their positions and proposals to reach an agreement. The Federation of Metal Entrepreneurs of the province of Cádiz (Femca) has branded the unions immobile, while they have accused the employers of maintaining an “intransigent” position.

Femca, surprised by the breakdown of the negotiation

FEMCA if it has shown surprised by the new break of the negotiations with the unions, since it has taken place after they rejected this morning a new proposal that contemplated their objective, that the workers do not lose purchasing power.

The general secretary of the FEMCA, José Muñoz, explained to EFE that in this meeting the businessmen have made “tremendous movements”, “looking for new ways” to “accommodate” the goal of unions, that wages increase from 2021 according to the CPI in order not to lose purchasing power, with the financial approaches of companies, which understand that until 2023 or 2024 they will not recover the muscle lost with the coronavirus pandemic.

In this last meeting, his latest proposal to combine both objectives has been that the salary increase be 2% in 2021, 2022 and 2023 and that at the end of this last year a review be made and the salaries of these three years be updated in based on the CPI, with which the workers recovered, although within two years, the purchasing power that they would have lost in these three years.

“We need 2023 and 2024 to finish the recovery. 2020 was very bad because the pandemic gave us the waterline; 2021 and 2022 are going to be complicated because there is still no workload,” explains the representative of the businessmen of the metal of Cádiz.

The unions, which ensure that 75% of the workers in the sector are temporary, have rejected this offer and a similar one that had been raised by the labor mediation service of the Employment Department of the Junta de Andalucía, which protected the new round of dialogue.

They will explain their positions in a press conference that will be held at 12 noon in Cádiz. He regretted that the unions “do not value the effort” and the cessions of the employers.

Cadiz workers have taken this Thursday streets, squares, bridges and industrial nodes of the province shouting “not a step back in the fight for metal.”

The Cádiz metal sector is made up of 29,000 workers and 5,600 companies, Among which are auxiliary industries of the large factories in the naval and aeronautical sector, such as Navantia or Airbus, and mechanical, plumbing or metal carpentry workshops.