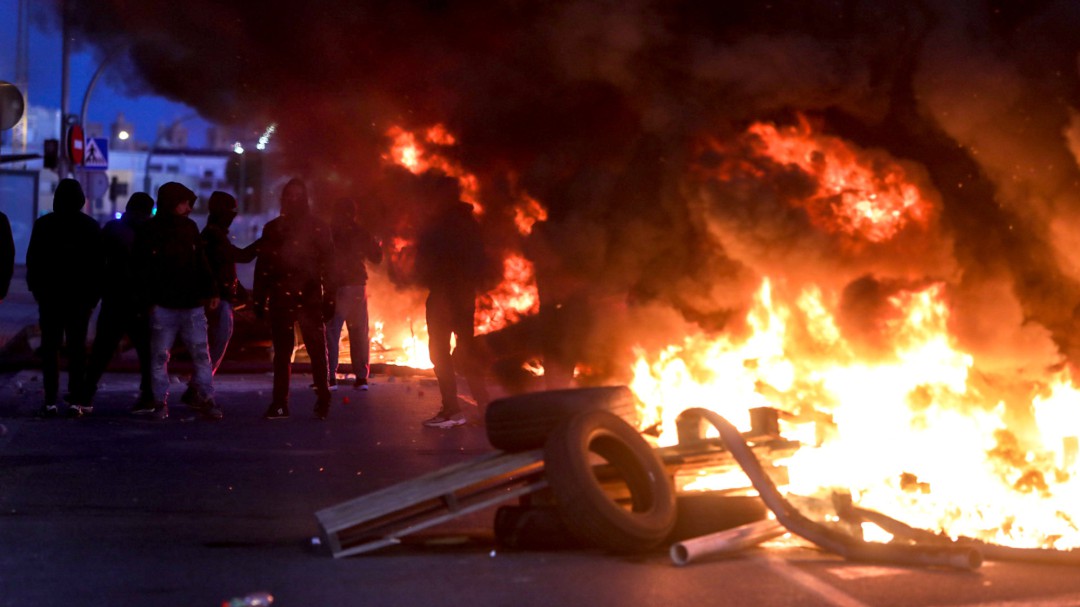 The employers and the unions in the metal sector of Cádiz have broken the negotiation they have held all night to reach an agreement on the collective agreement, so the strike continues for the third day in a row, according to union sources. The negotiating table was meeting in Seville from 5:00 p.m. this Wednesday and has been held until just before 7:00 a.m. this Thursday, when the negotiations have been considered broken.

Antonio Montoro, general secretary of UGT FICA Cádiz, explained in the SER from the mediation center in Seville that the negotiations “right now are broken.” “Now we are evaluating what we are going to do from now on. Those of us who are here have not slept for 48 hours because we came from the pickets the day before.” Montoro has assured that “the bosses cut the negotiation” around 05:00 in the morning, something that they do not understand because their request is only the CPI so that purchasing power is not lost. “The situation is tense, but it was clear that Cádiz was going to explode, a 24% strike is unsustainable. We are going to maintain the indefinite strike and we are going to continue with the informational pickets. We are going to win this battle.”

The Police have established a strong device this morning on the industrial highway of the Cádiz capital, where the biggest incidents have occurred since the strike began. Riot police have intervened using tear gas to disperse the pickets.

The meeting was called this Wednesday by the Ministry of Employment, Training and Autonomous Work, at the request of representatives of companies and workers in the sector, who requested mediation to reach an agreement as soon as possible and thus solve the labor dispute in the sector of the Metal.

The meeting was chaired by Ángel Gallego. President of the CARL, a body for permanent social dialogue and dialogue in the field of labor relations, dependent on the Employment Department of the Board, and which is responsible, among other functions, for promoting collective bargaining and dealing with Andalusian labor disputes.

Earlier this Thursday union sources have reported that union representatives were waiting for a response from the employer “to the work carried out during twelve hours of meeting.”

Salary increase equal to the CPI

Upon entering the meeting, Antonio Montoro explained that his only claim is that an increase in the salary of workers be agreed throughout the year 2021 equal to the rise in the CPI so as not to lose purchasing power. “We calculate that the annual average is going to be at least 3.5 or 4%,” Montorno said.

A rise that businessmen, also upon arrival at the meeting, insisted that they cannot assume because the sector is still dragging the economic consequences of the pandemic.

They arrive at the meeting with their latest proposal: park the conditions that they launched at the beginning of the negotiation, such as the elimination of an extraordinary pay and monitor absenteeism of 10%, and establish a 0.5% rise from September to 2021, from 1.5 for 2022 and the same percentage for 2023.