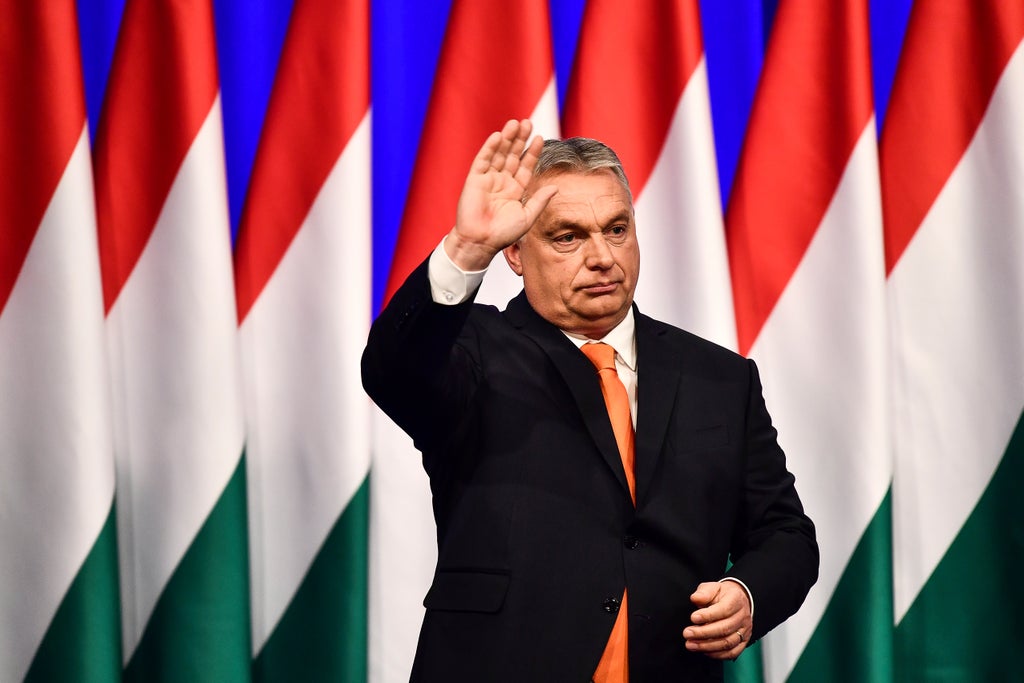 Russia’s invasion of Ukraine has shocked the former Soviet satellite states of Central and Eastern Europe, drawing strong condemnation even from the region’s most pro-Kremlin politicians.

For some of the countries that fled the Soviet bloc following a series of anti-communist revolutions more than 30 years ago, footage of tanks and troops rolling in to punish a nation trying to pursue its own independent course looks painfully familiar.

Their countries experienced comparable brutality — the Czech Republic, as part of Czechoslovakia, in 1968 and Hungary in 1956.

“Russia has committed a crime against peace,” he said in an address to the nation.

Zeman had previously made news by calling Russia’s 2014 annexation of the Ukrainian Crimean Peninsula “a fait accompli.”

Many in the Czech Republic reviled Zeman as a “servant of the Kremlin” after he sided with Russia and cast doubt on the findings of his own security and intelligence services on the alleged participation of Russian spies in a huge 2014 ammunition explosion.

Until just days ago, Zeman was insisting that the Russians wouldn’t attack Ukraine because “they aren’t lunatics to launch an operation that would be more damaging for them than beneficial.”

“I admit I was wrong,” he said Thursday.

Zeman has called for harsh sanctions against Russia, including cutting it out of the SWIFT financial system which shuffles money from bank to bank around the globe.

“It’s necessary to isolate a lunatic and not just to defend ourselves by words but also by deeds,” he said.

Czech Prime Minister Petr Fiala also voiced full support for the strongest possible sanctions for what he called “an absolutely unjustified act of aggression against a sovereign state.”

Prague ordered the closure of two Russian consulates in the Czech Republic and stopped accepting visa requests from Russian citizens.

Pavel Rychetsky, the chief judge at the Constitutional court, the country’s highest legal authority, suggested that a European arrest warrant should be issued against Russian President Vladimir Putin. He said Putin should be tried at the International Criminal Court for “an unprecedented unleashing of war on the European continent for the first time since World War II.”

In Hungary, high-ranking officials had for weeks avoided condemning Russia’s actions directly. Under Orban, the country has pursued close ties with Putin, a point of concern for many of Hungary’s western partners.

Hungary has historically deeply distrusted Moscow, which ordered the brutal repression of an anti-Soviet uprising in 1956. But Orban in recent years has pursued a diplomatic and economic strategy he calls “Eastern Opening,” which favors closer ties with countries to the east, and in his frequent battles with the EU has called the 27-nation bloc an oppressive imperial power similar to Hungary’s former Soviet occupiers.

But on Thursday, Orban was clear in his condemnation of the Kremlin.

“Russia attacked Ukraine this morning with a military force,” Orban said in a video on Facebook. “Together with our European Union and NATO allies, we condemn Russia’s military action.”

“Having strategic bombers and missiles flying in Europe in the 21st century, assaults by air and sea against a sovereign state, is absolutely inadmissible,” President Rumen Radev said.

“Through today’s cynical invasion, the Russian Federation is the architect of the worst security crisis since World War II,” the ruling coalition leaders said.

Neighboring Moldova, a former Soviet republic and one of the few former communist Eastern European countries not to have joined NATO so far, echoed these views.