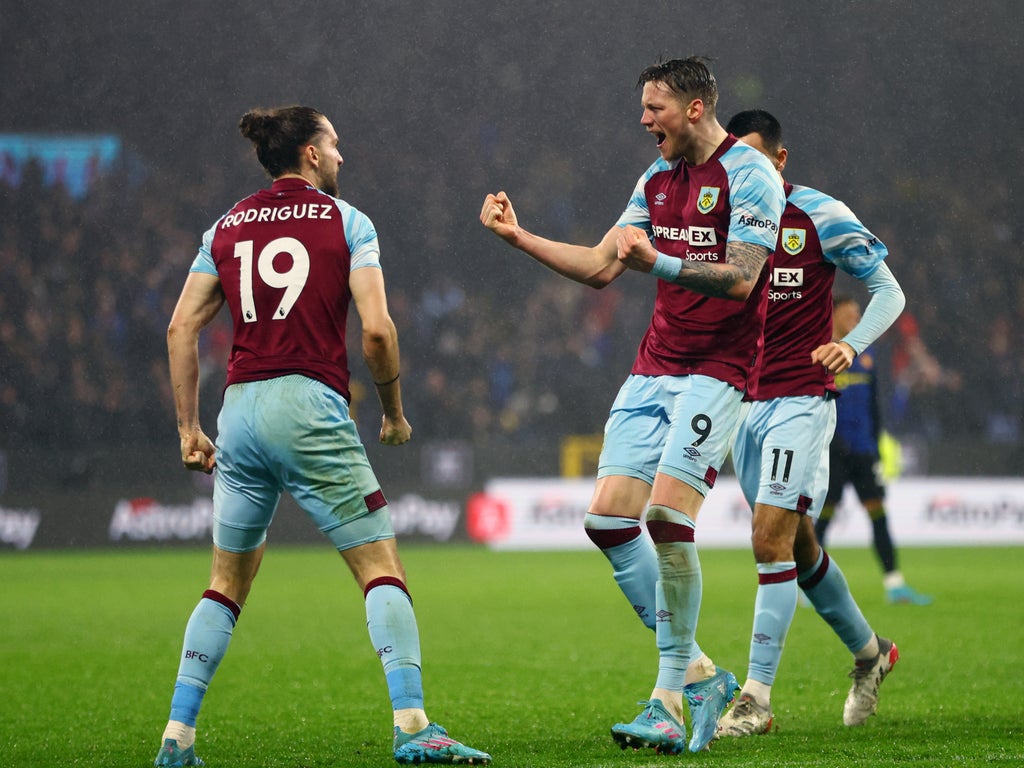 If winning without playing well was Ole Gunnar Solskjaer’s gift during his final days in this job, playing well without winning might be Ralf Rangnick’s curse.

Once again, Manchester United had the better of large parts of this game. Once again they went ahead. Once again, Rangnick can say that on the overall balance of play, when you tot up all the shots and possession and feed that into a win probability formula, his side deserved more.

But once again, they conceded against the run of play, failed to regain momentum and were disappointed at the final whistle. For this underwhelming stalemate in east Lancashire, see Friday’s FA Cup exit against Middlesbrough.

While this result was not as fatal to their hopes of finishing in the top four as Friday was to their chances of winning silverware, it could still prove to be damaging in the long run. There were short-term consequences too, with West Ham climbing above United and into the Champions League qualification places, albeit having played a game more.

Unfortunately for Rangnick, United are dropping points against opponents they need to beat to enter the final months of the season with a realistic chance of dining at European football’s top table again next season.

Solskjaer’s interim replacement was fortunate enough to have a favorable schedule ahead of him upon his appointment two months ago, yet these were two more dropped points like at St James’ and Villa Park, not to mention that Old Trafford defeat to Wolverhampton Wanderers.

None of that should overshadow the importance of this point to Burnley, who have now built a solid foundation of three successive draws to stop the rot. Jay Rodriguez’s equaliser, to rule out Paul Pogba’s breakthrough, could be a catalyst for Sean Dyche’s beleaguered side. And yet, a second win of the season still proves to be elusive.

Cristiano Ronaldo was the fall guy for Friday’s exit from the FA Cup and the only outfield change from that line-up, with Edinson Cavani back from an extended winter break and starting up top. It was the first time that Rangnick had not started Ronaldo in the league when fit and available. His explanation for the switch felt telling, too, as the United manager stressed the need for “sprinting”, “chasing” and “fighting for second balls”.

His side made the exactly the sort of industrious start that Rangnick was looking for and believed they had taken an early lead when Raphael Varane drifted clear at the far post to head in Bruno Fernandes’ dead ball delivery. It was the first goal that United had scored from a free-kick this season until referee Mike Dean was instructed to review his monitor of him. There, I found Harry Maguire to have obstructed Rodriguez while standing in an offside position and the goal was chalked off.

It was a contentious decision but consistent, at least, with Aston Villa’s disallowed goal in the third round tie at Old Trafford last month. United were running the show and would soon be ahead in any case. A Bruno Fernandes pass, hit sweetly on the volley, reached Marcus Rashford out on the left, allowing him to find Luke Shaw on the overlap. A cut-back from the byline passed all the way through to an unmarked Pogba, who finished high into for his first league goal in 384 days.

More should have followed. Minutes later, Cavani and Rashford believed they had helped force an own goal out of Josh Brownhill only for Pogba to be penalized for a foul while for the ball jumping with Erik Pieters. It was not exactly the most physically aggressive bit of play ever witnessed around these parts and Dyche and his players could count themselves somewhat fortunate to still only be a single goal down.

But from that point until the equaliser, United only had themselves to blame for not extending their lead. Cavani had the best chance of all with a header at point-blank range after more fine work down the left from a budding partnership between Shaw and Jadon Sancho, but the cross took slightly too long to drop and allowed Nick Pope the time to scramble across his goal and block. United had looked threatening with every attack. All that was missing was the second.

Yet at the start of the second half, a reinvigorated Burnley scored their first. It was with their first shot, too, and well crafted by their new £12m, 6ft6in striker. Wout Weghorst has decent feet for a big man, as Maguire and Scott McTominay quickly learned when they were drawn in and then outfoxed by a deft turn. Weghorst suddenly had the space to slide in Rodriguez, who dodged both the backtracking Maguire and the onrushing De Gea to finish at the near post.

It was the third league goal that Dyche’s side have scored since the start of December but the second against United. Weghorst soon forced De Gea, at full stretch, to palm an effort from distance around his post. This was becoming exactly the sort of miserable evening in difficult conditions that Turf Moor is famous for, the type that Rangnick had perhaps not felt Ronaldo fancied, judging by his pre-match comments from him. As frustration turned to desperation, he felt for him anyway.

But United were no longer cutting through Burnley’s banks of four with ease. The only chance of note during the closing stages was a backheeled Varane finish, blocked easily by Pope. That summed up how Rangnick’s side had dropped off in the second half after starting brightly, not for the first time this week.