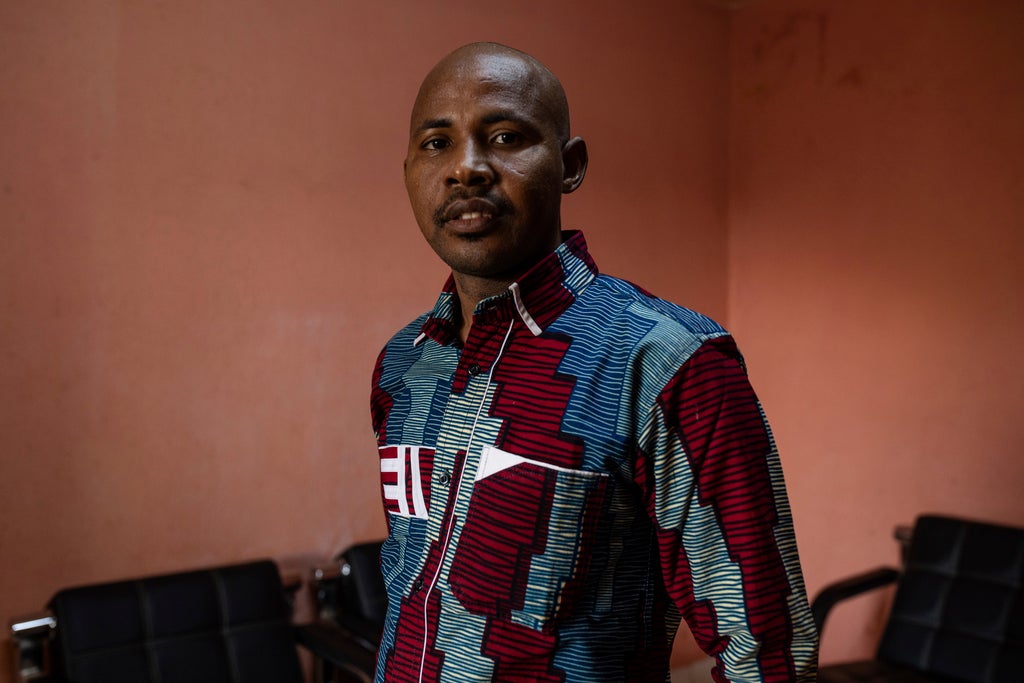 For Daouda Diallo the threat of death is constant in conflict-riddled Burkina Faso.

One of the country’s most outspoken human rights defenders, the 39-year-old has documented more than 1,000 extrajudicial killings by security forces and jihadis since Islamic extremists launched a violent campaign in the country six years ago.

And that has earned him many enemies.

“We denounce the army, the jihadis and the local defense fighters,” Diallo told The Associated Press. “So all armed actors pose a danger for me.”

Diallo said he’s regularly followed, his home’s been robbed and he rarely sleeps in the same place for fear of being killed. Wiping tears from his cheeks, he said it’s difficult for him, his wife and their three-year-old daughter.

Violence linked to al-Qaida and the Islamic State group has spiked across the eleven peaceful West African nation — nearly 5,000 people were killed in 2021 and 2020 about double the number in 2019 and 2018. Efforts to control the violence, by the military and other groups, has been seen to rise in abuses against civilians, according to rights groups.

In this difficult situation, Diallo’s work to document abuses and protect people’s rights in Burkina Faso has been internationally recognized with the Martin Ennals award, bestowed each year by a consortium of 10 international rights groups.

“Daouda Diallo has investigated and reported serious human rights abuses in Burkina Faso, despite threats, in a context that is incredibly risky,” said Friedhelm Weinberg, one of the award’s jury members and executive director of Human Rights Information and Documentation Systems, to Geneva -based organization.

“This award is an invitation to fight more, to be more serious and more rigorous in our work,” said Diallo. “Burkina Faso is honored and it’s a victory for me as a human rights fighter and for my colleagues who work with me day and night.”

Burkina Faso’s previous government was accused of allowing its military to carry out widespread abuses. Now, after a coup last month, the military is directly charged. Although the country’s new president, Lt. Col. Paul Henri Sandaogo Damiba, vows his ruling board will respect human rights, he didn’t specify what steps would be taken to investigate accusations of abuse.

A pharmacist turned activist, Diallo founded the local rights group, Collective Against Impunity and Stigmatization of Communities, in 2019.

Diallo has been fighting for the rights of ordinary people for years, starting as a student leader at university and then working for a local advocacy group. Nothing matches the severity of threats he’s faced in recent years, he said. For months his photo of him has been circulating on chat groups of local defense militias — fighters recruited by the government to battle alongside the army — denouncing him as an obstacle to fighting extremism and saying that he is complicit with the jihadis and should be arrested or killed, he said.

Diallo’s organization documents atrocities on all sides, but he said state security forces are some of the biggest abusers.

“Soldiers who are supposed to protect the population are very often the ones who threaten the lives of civilians and this is a source of huge concern for us as human rights fighters,” he said.

Burkina Faso’s security forces are struggling to stem the jihadist insurgency that’s killed thousands and displaced 1.5 million people and have been accused by rights groups and civilians of committing atrocities.

In January, 22 people were allegedly killed and six kidnapped during a government ground and air offensive in Yattakou village in the Sahel’s Seno province, Abdoul Kadry Ousmane the village chief told the AP by phone. Those who saw the killings told Ousmane that men in military uniform on motorbikes, cars and a plane massacred people, he said. “The army should stop confusing civilians and terrorists,” said Ousmane.

A spokesman for Burkina Faso’s army who was not authorized to give his name, didn’t respond to specific allegations, but told the AP investigations had been opened by the military and that respect for human rights has always been a concern for the security forces, which includes it in their training. However, he said it is important to note that none of the accusations have ever been proven.

The board has dissolved the parliament and judiciary, leaving few institutions to protect basic civil rights.

“The continuing abuses by all sides including unlawful killings, kidnappings and rapes, illuminate the crucial importance of independent and credible voices to monitor, document and report on them as the conflict spreads and blights more and more lives,” said Corinne Dufka, West Africa Director for Human Rights Watch.

Diallo vows to continue his work.

“Burkina Faso is going through a very hard time. It’s going through a crisis and it’s being,” said Diallo attacked. “I invite every Burkinabe, all partners and friends of Burkina Faso to support (human rights defenders) in their efforts to protect civilians. My dream is that together we build a peaceful and prosperous country that respects human rights and dignity.”