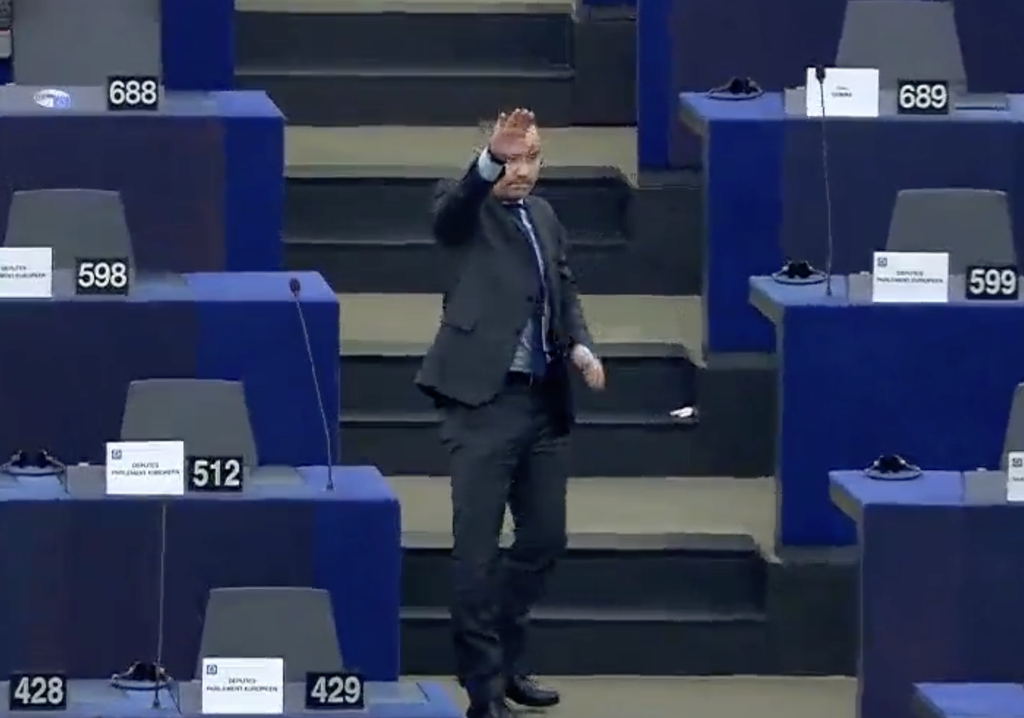 A right-wing Bulgarian MEP has sparked outrage by giving a Nazi salute during a debate in the European Parliament.

Angel Dzhambazki, from the Bulgarian National Movement party, made the gesture after speaking during a debate on the rule of law in Poland and Hungary.

The European Commission and Parliament have made moves to crack down on the countries’ apparent drift towards authoritarian under populist right-wing leaders.

“We will never allow you to tell us what to say and do. Long live Bulgaria, Hungary, Orbán, Fidesz and the Europe of nation states,” Mr Dzhambazki had earlier told parliament.

He faces a possible sanction over the gesture and reportedly later told colleagues it was not a fascist salute and that it was subject to “a small misunderstanding”.

David Cameron pulled the Tories out of the mainstream centre-right group in 2009 to create the alternative group.

“It offends me and everyone else in Europe. We stand for the opposite. We are the House of democracy. That gesture is from the darkest chapter of our history and must be left there.”

Mr Dzhambazki’s office did not respond to a request for comment.