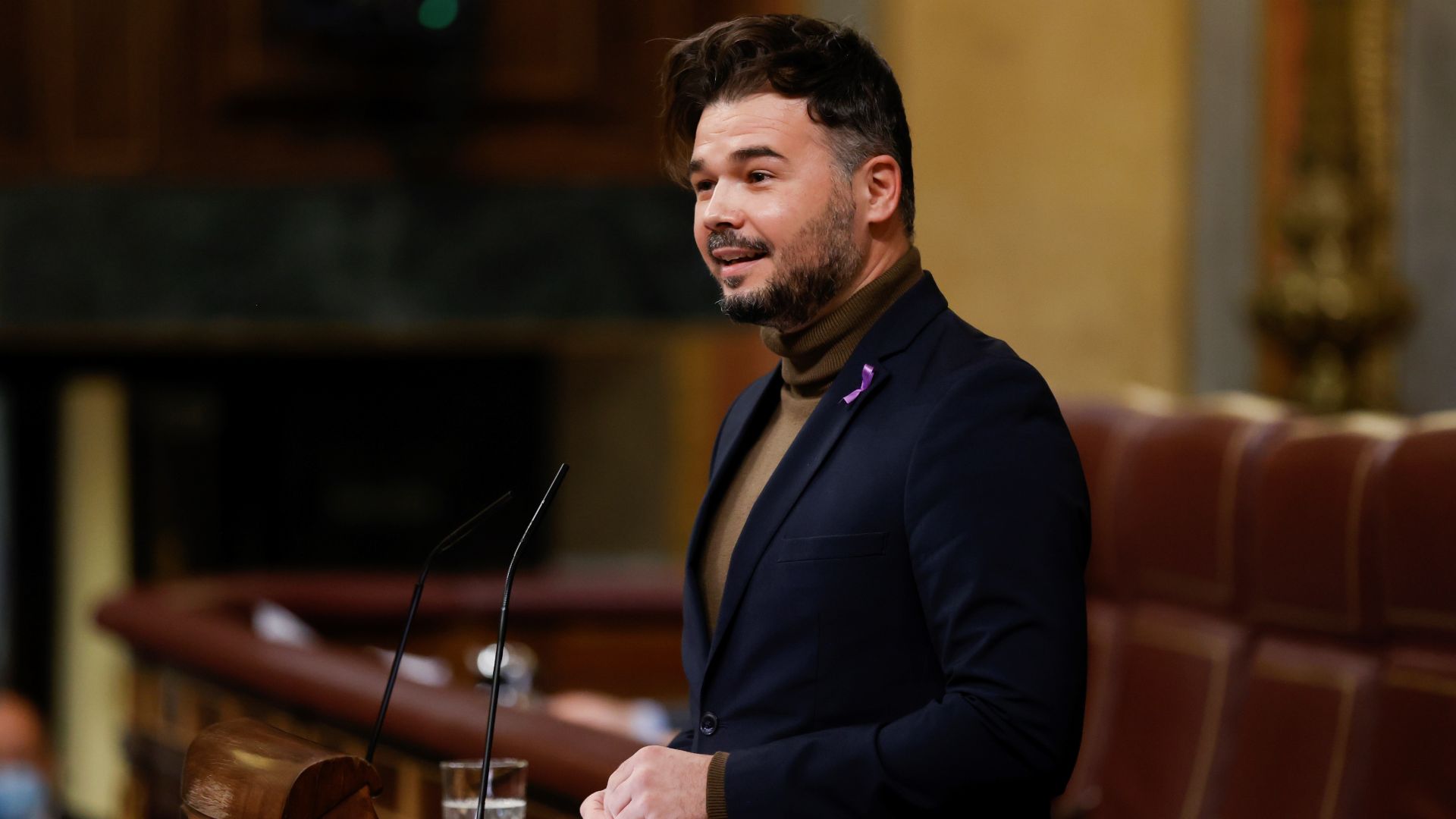 ERC spokesperson in Congress, Gabriel Rufián, has warned the Government that the General State Budgets (PGE) are in jeopardy if the audiovisual law does not apply to platforms based abroad, protecting production in the three co-official languages.

Esquerra has not been satisfied with the bill that the Executive in the Council of Ministers approved this Tuesday and had already announced that it will present an amendment so that these audiovisual companies have to apply the production quota in co-official languages that his party agreed with the Government and that nevertheless it has not been included since, according to sources from the Ministry of Economy, they will only affect companies that have tax headquarters in Spain.

“ [COMUNICAT] @Esquerra_ERC will not approve the audiovisual law ❌ if it remains as approved by the Council of Ministers https: //t.co/bIek2fTnP0“

“If this information arising from this law is true, ERC would not vote on the audiovisual law,” he said during a press conference from the Congress of Deputies.

Rufián has considered that the argument that the Executive has given for not complying is “a strange excuse” and he has advanced that tomorrow he will meet with the ministers of the Presidency, Félix Bolaños, and with the Minister of Finance, María Jesús Montero, as well as with the spokesman of the socialist parliamentary group, Héctor Gómez, to consider this issue.

In this way, ERC ensures that it will enforce the possibility offered by the European directive of allocating part of the income of the platforms, whether or not they are based in the state, to production in the language of each of the states, in the same way that France or Italy has done.

ERC warns the Government: it will knock down the Budgets if the audiovisual law does not apply to platforms abroad

“Touching noses on this issue is bad business”

Rufián has assured that for ERC “the subject of language is sacred” and “touching noses with this is a bad business”, after which he added that ERC not only would not support this bill but that “all scenarios are open, also in the Senate regarding the PGE.”

Rufián has said to sadden him that the PSC did “a lot” for language immersion, And now the new Executive “balances” to look good with the multinationals, and has warned that he knows that United We Can not like “nothing” the new position of the Executive

“The project of the audiovisual law approved by the Council of Ministers you are incomplete and insufficient and it does not respond to what Catalan and the audiovisual sector of Catalonia need, “ERC has supported in a statement. Likewise, from the party they insist that the PSOE promised to approve the law” only with Esquerra Republicana and Esquerra will not be able to do so to do under current conditions. “

However, the party makes it clear that there is still room for negotiation both in the framework of processing the law and in that of the Budgets in the Senate.

The Government Spokesperson, Isabel Rodríguez, has shown confidence in reaching an agreement in order to pass the law “respecting the freedom of the groups.” This has been pointed out in statements to TVE upon arrival at the delivery of the International Award for The world. Rodríguez has also highlighted the very good negotiation carried out in Congress to agree on the draft of this law.

See also  The most downloaded applications in the Ukrainian war

The new audiovisual law will incorporate into Spanish law the European Directive on Audiovisual Communication Services (2018), which extends the regulation that until now existed for radio and television to audiovisual services and content on the internet, especially content sharing platforms ( social networks) and video on demand.

Thus, the proposal foresees that they offer, at least, 6% of their offer in Catalan, Basque or Galician, a provision included in the text ‘in extremis’ after the Government’s agreement with ERC to approve the Budgets for 2022. However, The new regulations will only be applied to companies that have their tax headquarters in Spain.