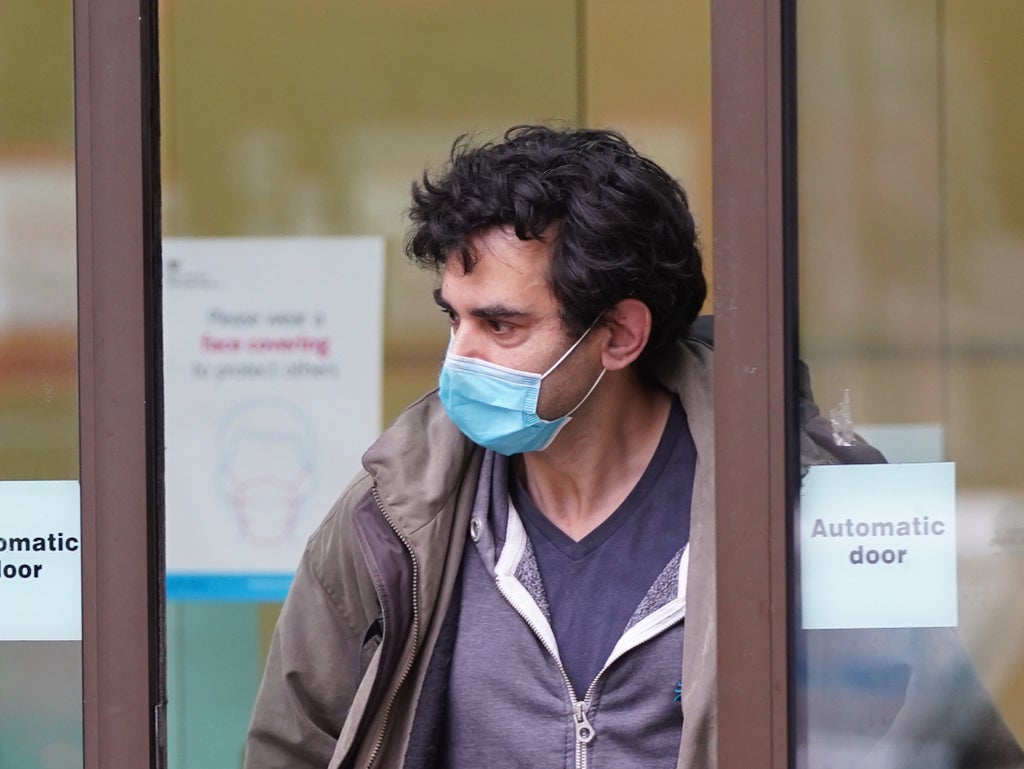 A man who trespassed on the grounds of Buckingham Palace armed with a knife and in possession of cocaine has been spared jail.

Cameron Kalani, 44, was spotted by security guards entering The Royal Mews at the Palace on May 10 – just days after a couple climbed the fence at Windsor Castle.

Kalani was carrying a rucksack containing a kitchen knife inside an envelope and he also had a wrap of cocaine in his possession on 10 May last year.

Prosecutor Alex Alawode said Kalani was seen by a security or fire marshal near Buckingham Palace Road to be attempting to climb over the fence and trespass into the grounds.

“He seemed to climb over the fence into the mews and then back over again to Buckingham Palace Road.

“At the time, the defendant was described as appearing to be confused, not knowing where he was or what was happening.” Kalani suffers from a “schizoaffective disorder” and was sent to a psychiatric hospital for treatment following his arrest of him, Westminster Magistrates’ Court heard.

He said in a statement read to the court: “On 9 May 2021 I traveled to London by train from my home in Sussex in what I would describe as a state of psychosis.

“My intention for coming to London was to be arrested.

“I felt I was a burden and would be better off in prison. I packed my bag with a knife and what I believed to be a small bag of ketamine to enhance my chances of being arrested.

“I did not sleep and rode the bus for hours. I came across a sign on a fence which said something like DO NOT CLIMB.

“This reminded me of my purpose. I climbed the fence. I did not know it was connected to Buckingham Palace Gardens.

“I had not slept and was in a state of crisis. I didn’t understand the sign was for Buckingham Palace Gardens.

“I accept that a reasonable person would have cause to expect that the site was a protected site. I wish to plead guilty on that basis.

“My sole intention was to be arrested. I did not seek to do anyone harm or damage property.” Deputy District Judge Roy Brown said that while it was an ‘unusual decision’ for the prosecution to accept Kalani’s plea on that basis.

Ben Lay, defending, said: ‘Mr Kalani is a man who has needed help and has sought that throughout, during the offenses and his further behaviour.

“While he does understand the seriousness of the offences, the defense will urge that he be allowed to stay in the community and access the help he needs.

“It was an episode of psychosis and in that state Mr Kalani’s only intention was to get help and thought the best way to do this was to get arrested.

“And to that end he had the drugs with him, not so that he could take any but only as something criminal. So too with the knife.

“It was not only in the bag but in an envelope.” Wearing a white fleece and blue jeans, Kalani stood with hunched shoulders as he was sentenced to 24 weeks in prison suspended for 12 months.

Kalani must also complete a 30-day rehabilitation activity and pay £85 in costs with a £120 surcharge.

“You are a fortunate man indeed,” Judge Brown added.

“It is just good luck that neither you nor someone else was seriously injured or killed in the course of your escapade. The police were extremely restrained in the way they behaved with you.

“I am often told in this court that people carry knives for many reasons, very rarely do they say they carry them to hurt people.

“Even when carried in a rucksack in an envelope it is there and it is available.” Judge Brown said he could accept that Kalani had n’t gone there to hurt anyone and that he had done so because of his psychotic state.

“The offenses of carrying a knife and trespassing on this particular site are so serious that a custodial sentence is inevitable.

“Whether or not you accept that sentence depends on you, accepting support, taking your medication. Behave yourself and you won’t have to go to prison..” The Royal Mews is part of the Buckingham Palace estate, and plays home to the Royal Family’s horses under the care of the Crown Equerry.

Kalani, of Bentswood Crescent, Haywards Heath, West Sussex, earlier admitted trespass on a protected site, possessing a kitchen knife and possession of a wrap of cocaine.