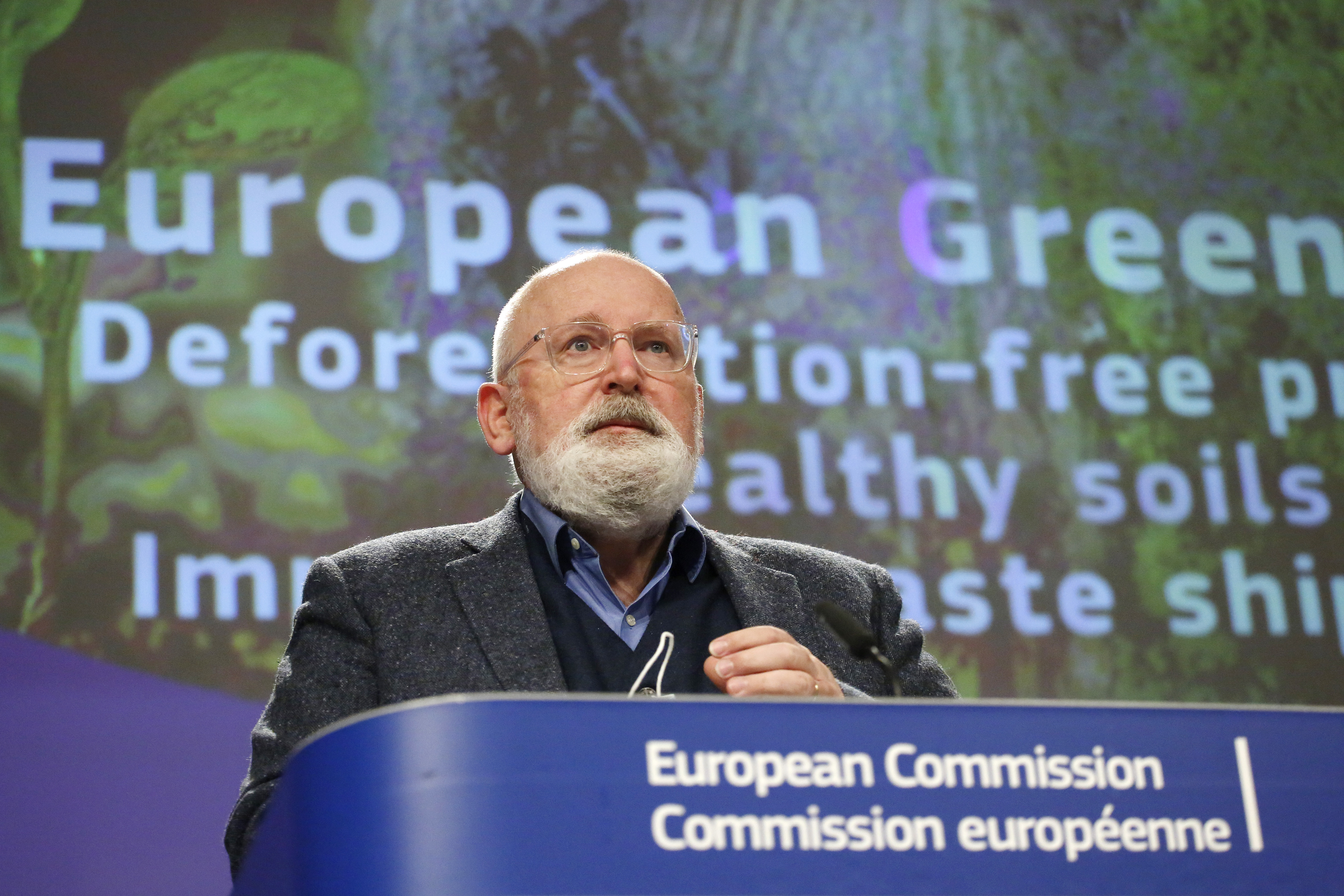 A few days after the COP26 climate summit ended, the European Commission has launched into its slipstream several legal measures that seek to promote environmental policies. The most ambitious of these is the regulation against deforestation, which between 190 and 2020 has engulfed 178 million hectares of forests worldwide, an area three times that of France. The regulation aims to close the path to the single market for the seven products that are having the greatest impact on this degradation process (soybeans, cocoa, coffee, palm oil, beef and wood, and their derivatives) if they are not shown to comply with the requirements defined in the same text: they do not come from land deforested after December 20, 2020 and comply with the legal requirements of the countries of origin. The other two consist of a regulation on the transport of waste and the plan on soil conservation until 2030.

The three proposals that the Commission has put on the table this Wednesday hang on the EU’s environmental strategy for the five-year period 19-24, the so-called European Green Deal. This is, probably, the main bet of the Executive of Ursula von der Leyen, with permission of the economic recovery after the impact of the coronavirus to the activity and has a great objective: to reduce by 55% in 2030 greenhouse gas emissions. “Our regulation responds to the call of citizens to minimize the European contribution to deforestation and seeks to promote sustainable consumption,” said Frans Timmermans, the vice-president of the Commission in charge of coordinating this strategy. “We must stop exporting pollution”, has completed the Commissioner for the Environment, Virginijus Sinkevičius.

The Commission’s proposals have not yet entered into force, as they must now go through the European Parliament and the European Council, before becoming a final legal text. The first two are regulations, which means that once they have the approval of the two institutions that are in charge of legislating, they should not be transposed in the Member States, something that does happen with directives, which usually leaves room for national interpretation. .

To select these raw materials, the Commission generically points out in the documents released after the College of Commissioners meeting that it has been based on scientific research and data collection. However, this list is not definitive nor would it be definitively closed if the proposal goes ahead, since it contemplates a first review after the first five years of entry into force and subsequently reviews every three years. This was argued by Commissioner Sinkevičius when asked why other products such as rubber are not included. He has also pointed out that the initial list includes derivatives of these raw materials such as leather or furniture.

The European Union will require importers to prove that these products do not come from any deforested territory after December 31, 2020, comply with the legal regulations of the producing country and have an audit detailing issues such as the coordinates of the area of origin, which allows tracing if what is alleged is true.

When assessing what was approved in Brussels, environmental organizations give one of lime and another of sand. They emphasize that “the European Commission has become the first major regulator in the world to take this step,” says FERN, an organization dedicated to the defense of forests, “but its proposal still has important gaps. In particular, it relies on the laws of producing countries to determine whether assets are linked to human rights violations, such as land grabbing. In a country like Brazil, this would mean depending on the Bolsonaro government to protect indigenous rights, something that it does not achieve ”.