Skip to content
Home News Brittney Griner ‘only playing’ in Russia due to gender pay gap, says her US teammates 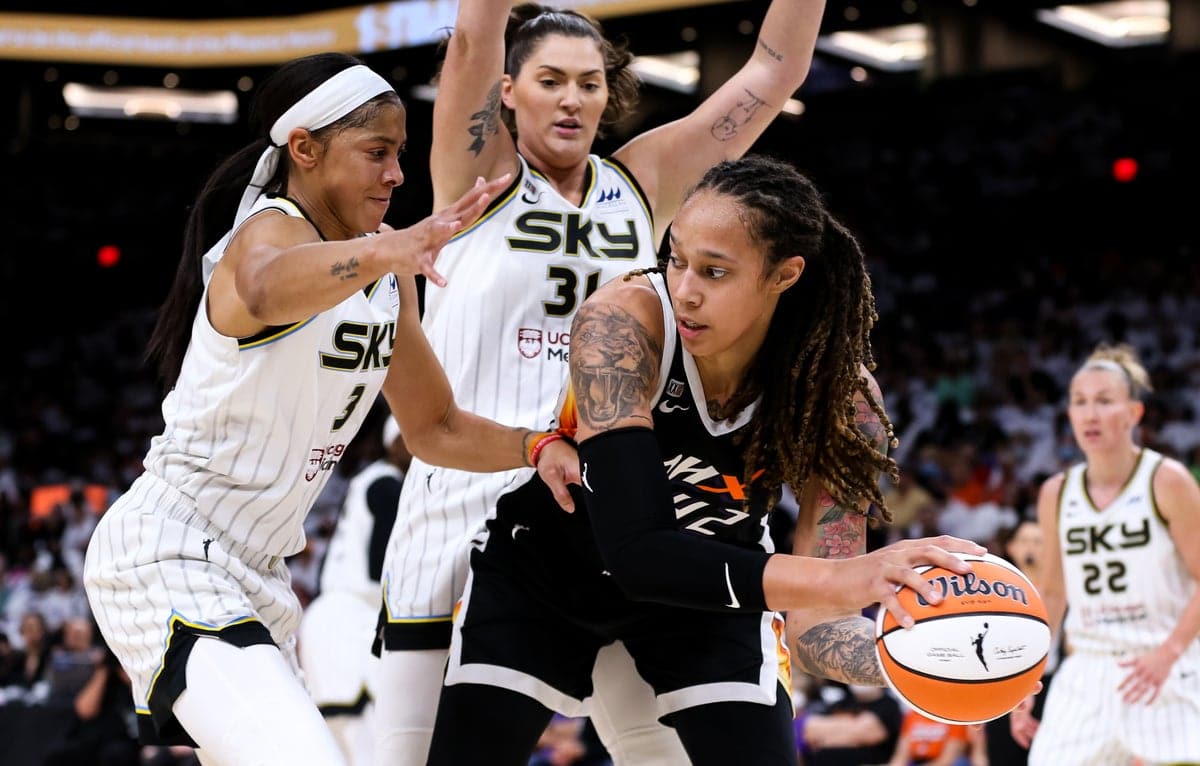 Basketball star Brittney Griner – who appeared in a court in Moscow this week – was only playing in Russia because of the low wages paid to women athletes in the US, which her friends and colleagues say make it tough to make a living.

Griner, 31, who was brought to a court in the Moscow suburb of Khimki in handcuffs, has been charged with drug smuggling after she was arrested at an airport allegedly carrying cannabis oil in her luggage. She faces up to ten years in jail if convicted.

Her supporters say she is the victim of wrongful arrest and have called on President Joe Biden and others to press for her release. She was detained one week before Russia invaded Ukraine.

Her wife, Cherelle Griner, told CNN she’s struggled to keep her composure, while urging the US authorities to do more.

“It’s really, really difficult. This is not a situation where the rhetoric is matching the action,” she said.

“I do have to unfortunately push people to make sure that the things they’re telling me is also matching their actions and so it’s been the hardest thing to balance because I can’t let up. It’s over 130 days and BG’s still not back.”

While some have suggested Griner’s detention is being used as leverage by Russia, as it confronts the US and other Western nations in what many perceive as to be a proxy war in Ukraine, her friends and colleagues in America say she is largely forced to play in Russia because wages paid for stars such as her are higher than back home.

“If the pay deals were different, if the investors were actively seeking promoters, this would not happen,” Terri Jackson, executive director of the Women’s National Basketball Players Association, told The Independent.

“We have to rethink and reimagine women’s basketball.”

Jackson said that Griner had made the decision to go to Russia, in consultation with his wife. But she said they had hoped this would be the last season.

“When the season in the US ends, there is barely a week before our players are off to Poland or to Israel or to Australia.”

She says the association is proud of the players as global ambassadors for the sport. And yet, she fears for the wear and tear on their bodies.

“Like all professional athletes, there is only a limited window,” she added.

Nneka Ogwumike, who plays for the Los Angeles Sparks of the Women’s National Basketball Association, told good morning america earlier this year: “The reality is, she’s over there because of a gender issue — pay inequity.”

While the gender pay gap in the US is not a new phenomenon, in the world of professional basketball it appears especially acute.

Data from the Basketball Reference website suggests that the average male player in the National Basketball Association (NBA) earns $5.3 million a year, based on information from 2021-202.

Stars such as Stephen Curry and Kevin Durant, who make $45.7 million and $42 million a year, respectively, are in an even higher league when it comes to earnings.

Yet, in the WNBA, the average salary is a mere $130,000 a year. While the season is shorter and women players only have about half as many games as their male counterparts, the disparity means men earn 44 times when the women players earn.

While Griner was making up to $227,000 as one of the highest players in the US, in Russia she was being paid a reported $1 million a year.

The state-owned Tass news agency quoted Griner as saying in court that she understood the charges against her. Asked by the judge if she wanted to enter a plea, Griner responded: “At this moment, no, your honor. At a later date,” according to Mediazona, an independent news site known for its extensive coverage of high-profile court cases.

Fewer than one per cent of defendants in Russian criminal cases are acquitted, and acquittals can be overturned.

Two witnesses were questioned by the prosecution: an airport customs official, who spoke in open court, and an unidentified witness in a closed session, according to the state news agency RIA-Novosti. The trial was then adjourned.