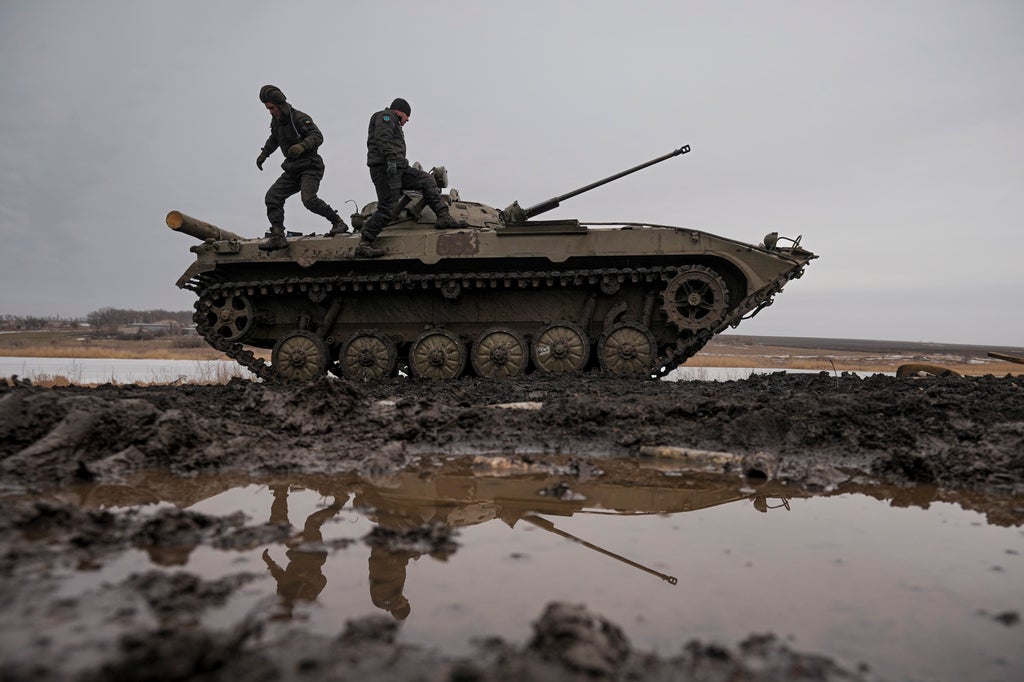 Britons are being urged to flee Ukraine immediately because Russia has amassed the firepower to attack “at no notice”, as diplomatic efforts to avert war continue.

Nato allies were ordering citizens to leave while fears grew that Russian President Vladimir Putin could order an invasion in the coming days.

UK nationals, thought to number in the low thousands, are being told by the Foreign Office to “leave now while commercial means are still available”.

Unlike when the Taliban seized Kabul, Mr Heappey stressed that the RAF would not be carrying out evacuations in the event of war in Ukraine, which is not a Nato member.

“We are now confident that the artillery systems, the missile systems and the combat air are all in place that would allow Russia to launch – at no notice – an attack on Ukraine,” he told BBC Breakfast.

“And on that basis I think it is our responsibility to share with UK citizens our view that they should leave the country immediately while commercial means are still available.

“There will be a big difference between what they may have seen on their TV screens in Afghanistan over the summer and what may happen over the next week or so and that is that the Royal Air Force will not be in a position to go in and to fly people out so they need to leave now by commercial means or drive out of Ukraine into a neighboring country.”

Mr Heappey said it was necessary to maintain a diplomatic presence while a possibility of talking down tensions remains.

“That’s a brave thing for our diplomats to want to do, given that there will effectively be no notice now, if Putin decides to go, everything is in place for him to be launching strikes on Ukraine within minutes,” he told Times Radio.

“Because diplomacy needs to be given a chance it is an infinitely better outcome than what could be just the most catastrophic waste of life in the biggest war that we’ve seen in Europe since 1945.”

The Foreign Office’s order was issued as intelligence and advice from experts on the ground suggested an increased threat level, with an invasion at some point deemed highly likely, the PA news agency understood.

US President Joe Biden and Mr Putin will discuss the crisis by phone on Saturday, as the Pentagon orders an extra 3,000 troops to Poland to support allies.

Defense Secretary Ben Wallace said an invasion could come “at any time”, while US national security adviser Jake Sullivan said an attack before the end of the Winter Olympics on February 20 is a “credible prospect”.

Mr Heappey rejected a call from Ukrainian ambassador Vadym Prystaiko for Britain to send combat troops to Ukraine to stop an attack.

“Putin and his colleagues would very much like to be able to say is what they may do is a consequence of Western aggression in Ukraine,” he told BBC Breakfast.

“So it’s very important to us, to everybody frankly involved, that we’re very clear we won’t play an active part in Ukraine.”

The UK personnel sent to train Ukrainians to use British-supplied anti-tank missiles will be “leaving over the course of the weekend”, Mr Heappey told BBC Radio 4’s Today programme.

“Faced with a growing Russian threat, European governments have largely reacted passively. Leaders have lacked the courage or determination to cut business ties with the Kremlin,” he wrote in the Daily Telegraph.

“The noose is tightening around Europe’s neck, not Moscow’s.”