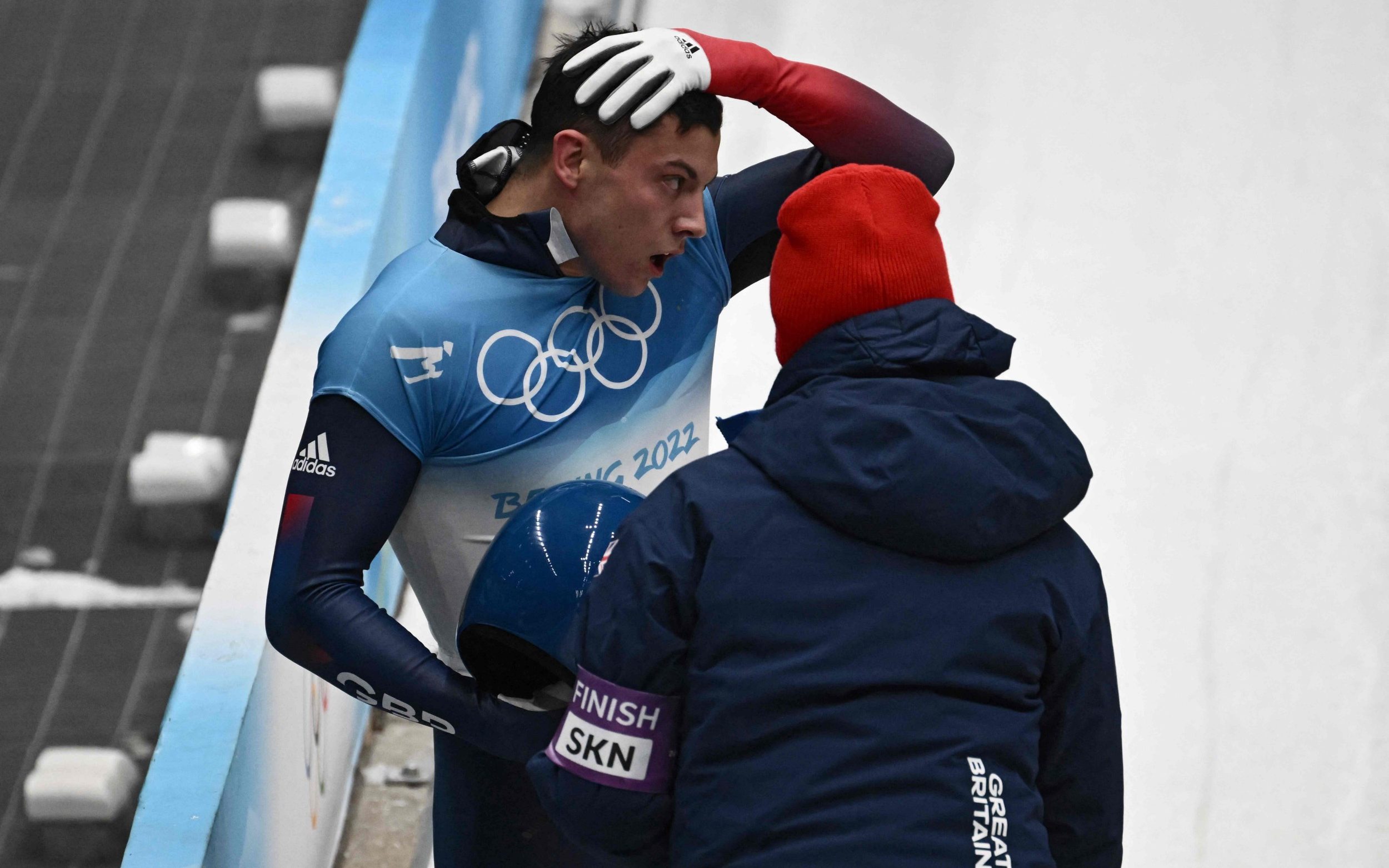 British skeleton, one of the nation’s best-funded winter sports, finds itself at the center of a row over equipment following dismally poor performances in Beijing.

Despite not boasting an actual skeleton track in the British Isles, the organization has established itself as an Olympic medal-winning machine, taking gold at the last three Games and making the podium at five consecutive Olympics since the sport’s reintroduction in 2002.

But that run has come to a shuddering halt in China this week, as Matt Weston and Marcus Wyatt finished 15th and 16th respectively in the men’s event, while Laura Deas and Brogan Crowley will try for damage limitation later this evening after finding themselves at the back of the field at the half-way stage.

It prompted Deas father to declare on Twitter that British athletes’ speed was being “haemorrhaged by the kit” while John Jackson, bobsleigh bronze medalist in 2014, said that whoever was making decisions over technical development had “gone the wrong way.”

All in all, it marks an incredible fall from grace for British Skeleton, especially for a sport that received £6.4m in funding from UK Sport this Olympic cycle, and one that used to draw envious looks – to the point of unfounded accusations of cheating – over their scientific advancements in helmet, skin suit and sled technology. Such levels of financial backing will now be seriously in question when UK Sport decides its allocation for the next cycle.

“Something’s not right,” Weston, who ended a 14-year wait for a World Cup gold in November, told BBC Sport. “I think there are quite a few questions that need to be raised but equipment is definitely going to be one of them.

“We’ll review everything from start to finish, how it went, the processes we went through to try to get here, but equipment is definitely going to be on the list of the stuff we review.”

Jackson also pointed the finger away from the athletes, expressing his disappointment to Telegraph Sport that results did not reflect the efforts being put in and their true ability.

To illustrate his point, Olympic debutant Crowley was second fastest on her second run through the mid-way point down the Yanqing National Sliding Center on Friday, only to finish with the 21st slowest time and 22nd overall.

“This is what we have seen with the British equipment, it’s just absolutely draining speed all the way down,” Jackson told BBC Sport.

“It’s a problem we have seen with the guys as well. This has been the feature of their season.”

Deas, bronze medalist behind champion Lizzy Yarnold four years ago, did not fare much better either, recording the sixth-fastest start time only to post the 19th best time for her run, leading her father Ewan to remark last night that “British Skeleton have an awful lot of thinking to do, the sled builders in particular.”

On the eve of the Games, Natalie Dunman, performance director for British Skeleton, had said the organization had centered its four-year planning around peaking for the Olympics, working closely alongside the English Institute of Sport and the same boffins who helped British Cycling dominate the summer Games.

And yet the “little surprises” and “small innovations” in kits that they unveiled in Beijing appear only to have hampered, rather than helped, their athletes like in previous years. Dunman was unavailable for comment.

Yarnold, who won gold in 2014 and 2018, said questions would be asked but it was important to look at the wider picture.

“It’s not just about technology,” she said. “I think it’s very easy to go to that question. It’s also about learning the track, the fact that athletes are still making some small mistakes on the track. There are lots of other technical things that are going on as well as the equipment. “