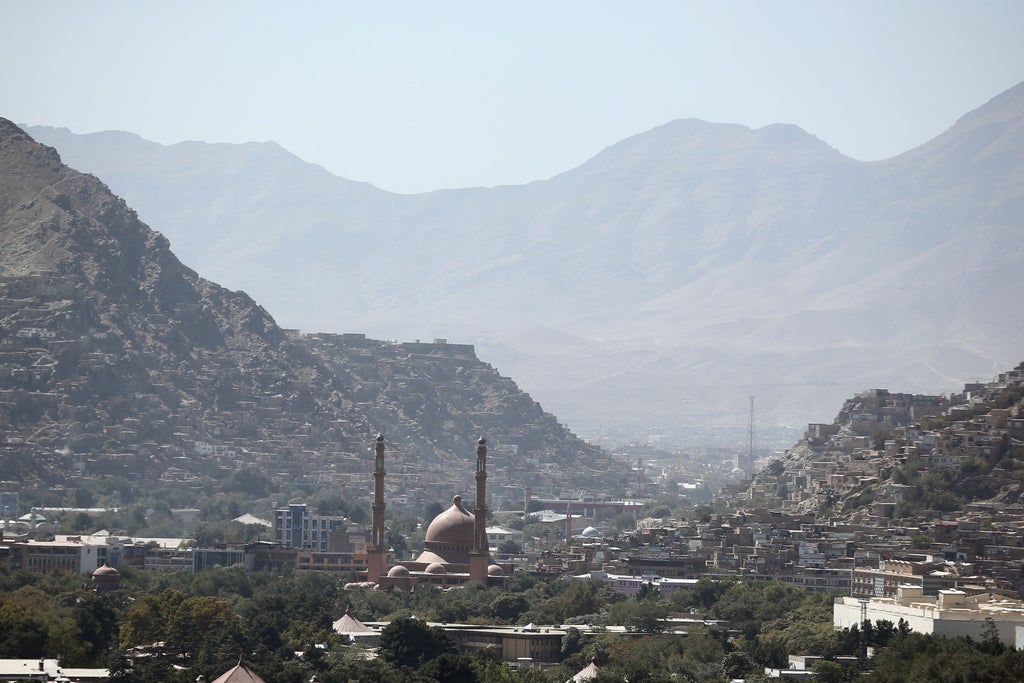 A British journalist who was being detained by the Taliban in Afghanistan has been released, the PA news agency understands.

Former BBC South Asia correspondent Andrew North was being held along with several others by the militant group but has now been freed alongside a second unnamed journalist.

Although the UN has not named the journalists released on Friday, PA understands one of them is Mr North.

A statement on the UN Refugee Agency Twitter page said: “We are relieved to confirm the release in Kabul of the two journalists on assignment with UNHCR, and the Afghan nationals working with them.

“We are grateful to all who expressed concern and offered help. We remain committed to the people of Afghanistan.”

Former Afghan vice president Amrullah Saleh tweeted that Mr North had been “kidnapped” along with eight others from Western countries.

His tweet said: “Due to no media, no reporting by citizens & a suffocating atmosphere, corruption, crime & atrocities aren’t well exposed. As an example nine citizens of western countries have been kidnapped amongst them Andrew North of BBC & Peter Juvenal owner of Gandomak Restaurant. Talibs are liars.”

A Foreign, Commonwealth and Development Office spokesperson added: “We are providing support to the families of a number of British men who have been detained in Afghanistan. UK officials have raised their detention with the Taliban at every opportunity, including when a delegation traveled to Kabul yesterday.”

It is thought that Mr North is working for the United Nations high commissioner for refugees in Kabul as a contractor.

Articles from his website show dispatches from the country over the last few months since the Taliban launched its takeover of the nation in August.

He has not posted on his Twitter feed since February 3.

Local news outlet Afghanistan International also reported that he had been taken by the Taliban.

A member of a Taliban intelligence unit in Kabul said “several foreign nationals” were arrested in Kabul on charges of working for Western intelligence agencies.

When approached for comment, a spokeswoman for the BBC directed PA to a tweet posted by the BBC’s executive editor of world news content Paul Danahar.

His tweet said: “Andrew North is working for the UN in Kabul. He is a former colleague and a respected journalist. All inquiries about his situation of him, which his friends and colleagues of him are obviously concerned about, should be directed to the UN. ”

Meanwhile, friends of a second British man who has been detained by the Taliban in Afghanistan have pleaded for his release, saying they believe he may be being held “in error”.

Peter Jouvenal, a British/German dual national, has been held since early December and was visiting the nation for business and family reasons, his friends said.

Mr Jouvenal, a Muslim man who is married to an Afghan woman, has been traveling to Afghanistan for more than 40 years as a freelance cameraman, businessman and investor.

In a statement, sent to the PA news agency on Friday, his friends said: “Peter Jouvenal’s friends are deeply concerned for his safety following his detention by the authorities in Afghanistan in early December.

“He is being held without charge, and with no freedom to contact his family or lawyers.

“Peter’s family and friends believe that he may have been detained in error, as he was in Afghanistan to discuss investments in Afghanistan’s mining industry as well as conducting family business. Before his arrest he was working openly and had frequent meetings with senior Taliban officials.

“We urgently request that the Afghan authorities release Peter. He suffers from high blood pressure and needs medication. There is a high threat of Covid infection in the Afghan prison system.”