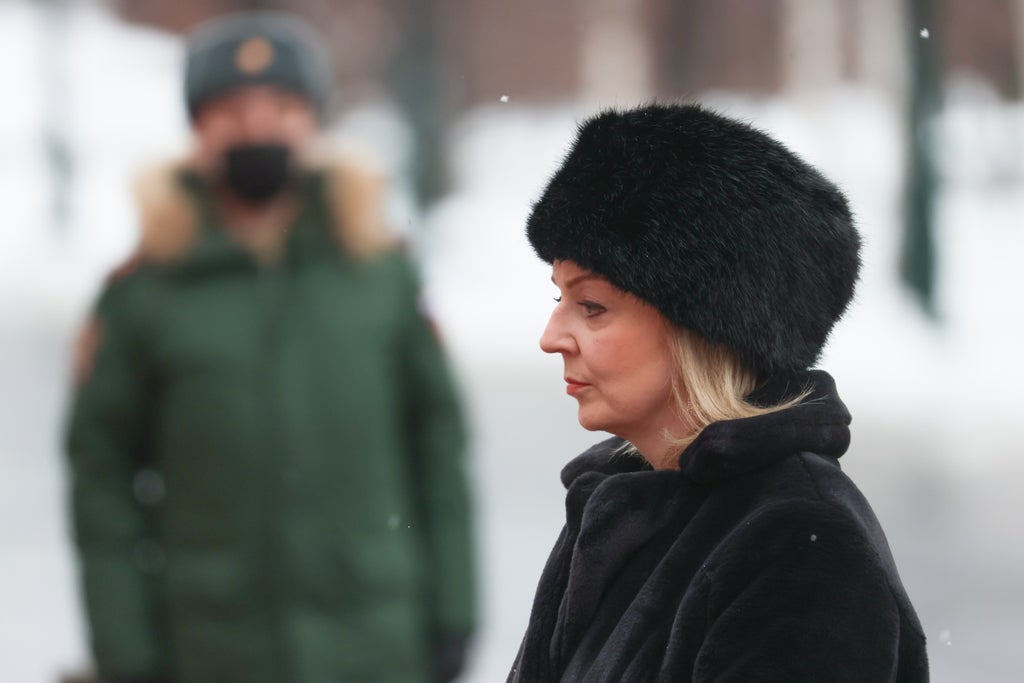 Liz Truss warned the Kremlin it would face “severe” costs for any invasion of Ukraine as the foreign secretary arrived in Moscow for talks with her Russian counterpart.

It came on a day of a dual British diplomatic push with Prime Minister Boris Johnson met Nato secretary-general Jens Stoltenberg before flying to Poland for talks with the country’s leaders and meet British troops stationed there.

“As an alliance we must draw lines in the snow and be clear there are principles upon which we will not compromise,” Johnson said. “That includes the security of every NATO ally and the right of every European democracy to aspire to NATO membership.”

The UK has announced it will send 1,000 troops to eastern Europe, in a move Defense Secretary Ben Wallace said on Thursday would prove that Nato is “not flaky”.

Meanwhile, Sir Keir Starmer, the Labor leader, has restored the party’s “firm and united” support for the Western military alliance, arguing that his predecessor, Jeremy Corbyn, had been “wrong” to be critical of Nato. “It’s part of our values, as relevant today as it’s ever been,” he told The Times.

The comments come amid a backdrop of increasing military tension in the region. Russia will hold planned military exercises in the Black Sea, with six warships having arrived earlier on Thursday near the Crimean peninsula, according to reports.

It is the latest show of strength by Vladimir Putin’s government since a surge of Russian military activity near Ukraine sparked fears of an invasion and led to a tense standoff with European nations and the US. More than 100,000 Russian troops are currently stationed along the border with Ukraine.

In Moscow, Ms Truss is holding talks with the Russian foreign minister, Sergei Lavrov, who described their meeting as “unprecedented” and said he was prepared to normalize relations with the UK.

But the UK foreign secretary told Mr Lavrov “war in Ukraine would be disastrous for the Russian and Ukrainian people and for European security and together Nato has made it clear that any incursion into Ukraine would have massive consequences and carry severe costs”.

In Brussels and then Poland later on Thursday, the prime minister is expected to reiterate an offer to strengthen the alliance’s defenses if Russia continues its military buildup close to eastern Europe.

“As an alliance we must draw lines in the snow and be clear there are principles upon which we will not compromise,” Mr Johnson said. “That includes the security of every Nato ally and the right of every European democracy to aspire to Nato membership.”

The British government is also preparing details of a new range of sanctions which it plans to use against Russia if it invades Ukraine.

Britain’s post-Brexit diplomatic push comes as Mr Johnson is grappling with the worst domestic political crisis of his premiership: a police probe into lockdown parties in Downing Street which has led some lawmakers from his Conservative Party to call for him to resign.

It also follows shuttle diplomacy from French President Emmanuel Macron, who visited Moscow and Kiev earlier this week and, in contrast to US and British leaders, has played down the likelihood of a Russian invasion.

Ukraine has not said how many troops will take part.