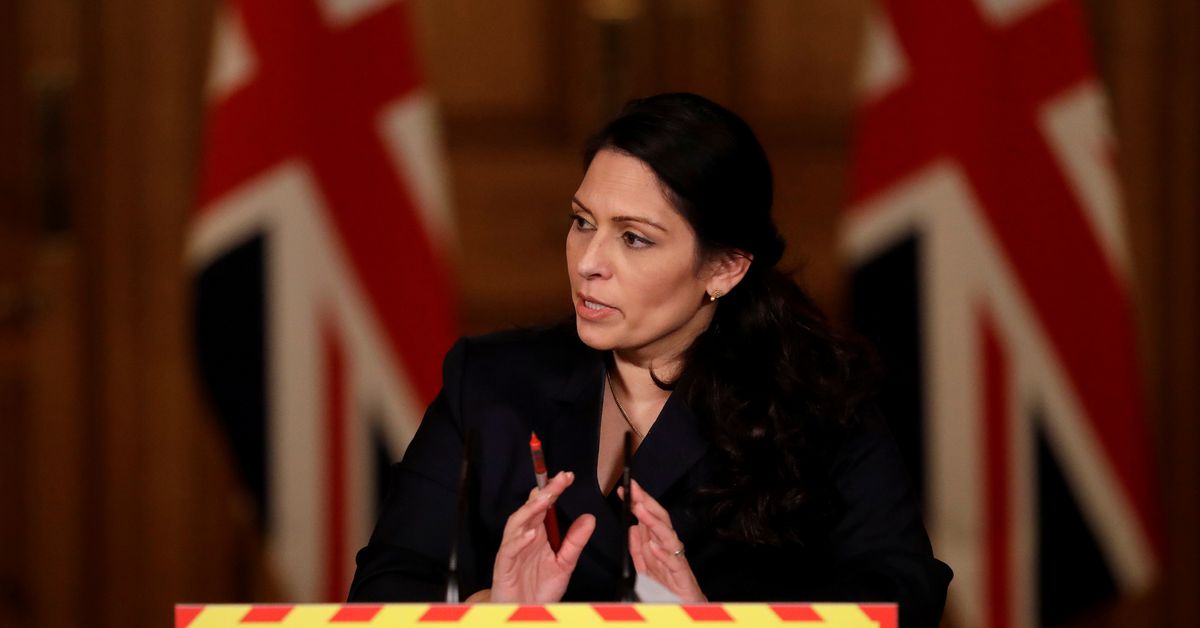 JERUSALEM/LONDON, Nov 19 (Reuters) – Britain’s interior minister Priti Patel on Friday said she had banned the Palestinian militant group Hamas in a move that brings the UK’s stance on Gaza’s rulers in line with the United States and the European Union.

“Hamas has significant terrorist capability, including access to extensive and sophisticated weaponry, as well as terrorist training facilities,” Patel said in a statement.

“That is why today I have acted to proscribe Hamas in its entirety.”

Hamas has political and military wings. Founded in 1987, it opposes the existence of Israel and peace talks, instead advocating “armed resistance” against Israel’s occupation of the Palestinian territories.

Until now Britain had banned only its military arm — the Izz al-Din al-Qassam Brigades.

“Resisting occupation by all available means, including armed resistance, is a right granted to people under occupation as stated by the international law,” said Hamas in a separate statement.

Hamas and Israel clashed most recently in a deadly 11-day conflict in May. During the second Palestinian uprising two decades ago, Hamas suicide bombers killed hundreds of Israelis, a campaign publicly backed by its political wing.

In 2017 Patel was forced to resign as Britain’s international development secretary after she failed to disclose meetings with senior Israeli officials during a private holiday to the country, including then-opposition leader Yair Lapid.

Hamas is on the U.S. list of designated foreign terrorist organisations. The European Union also deems it a terrorist movement.

Based in Gaza, Hamas won the 2006 Palestinian parliamentary election, defeating its nationalist rival Fatah. It seized military control of Gaza the following year.

Reporting by Stephen Farrell in Jerusalem and Aistair Smout in London; Additional reporting by Nidal al-Mughrabi in Gaza; Editing by Toby Chopra