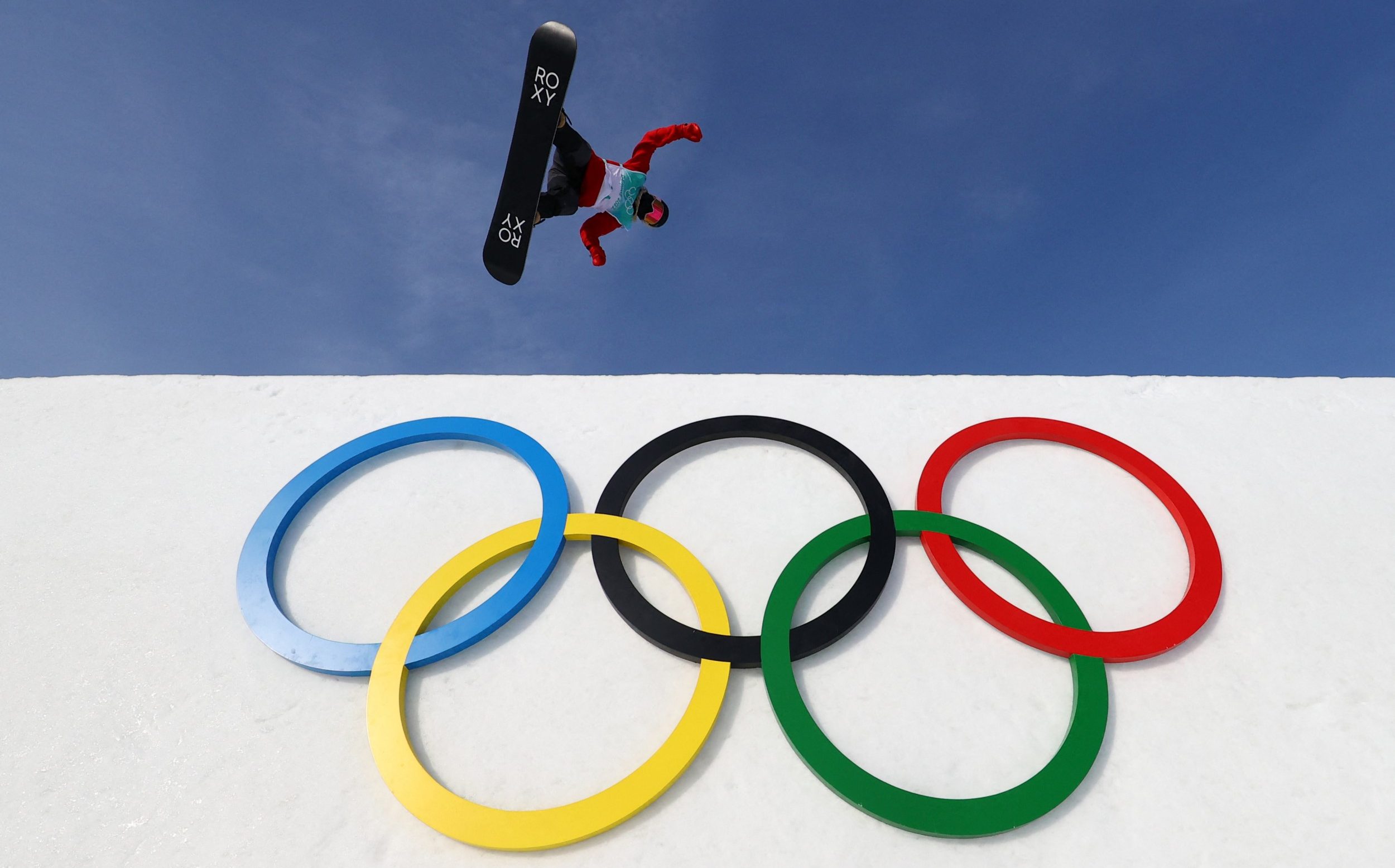 It was little wonder that Laura Deas looked shattered. She arrived at Yanqing’s Olympic Sliding Center with a daunting assignment, under pressure to emulate Amy Williams and Lizzy Yarnold by winning a fourth consecutive British gold in the women’s skeleton. And yet one look at the timesheets reduces her to tears. After four years’ training, and with £6.4 million spent, the only racers she and team-mate Brogan Crowley managed to beat were a Puerto Rican, an out-of-form South Korean, and an athlete from the British Virgin Islands who had only been down the track twice before being forced to isolate with Covid-19.

Nobody should seek to revel in the misfortune of Deas, a proven talent and a former Olympic bronze medalist, who was genuinely horrified to find herself 1.8 seconds off the pace, an aeon in this sport, after only two runs. But it was galling to hear her reflect that she was still “really proud of the way I went out there and slid”. “Proud”: it is becoming quite the refrain of a British campaign that is disintegrating by the day. Team GB quickly chimed in to affirm how “proud” they were of Deas. Crowley insisted she was “proud” of the runs she put together, despite completing the first sector of the course third fastest and ending up fourth last.

There are suggestions that there are dramatic deficiencies in the skeleton suits that the British have designed. Once, these uniforms invited accusations of technological doping, with American racer Katie Uhlaender publicly doubting their legality at the previous Games in Pyeongchang. This time, though, they appear to be more of a handicap than a costume fit for superheroes. Both Deas and Crowley lost touch the further they flew down the ice.

But equally, there are problems in the attitude of some of Britain’s Winter Olympians as much as any shortcomings in equipment. Snowboarder Katie Ormerod established the tone on day one by bizarrely claiming that she “couldn’t be happier” with a performance that left her 19th in slopestyle, a discipline where she had won an overall World Cup title. Crowley also raised eyebrows when she depicted the Olympic Games as no greater occasion than an average tour stop in Latvia. “Nothing changes, it’s exactly the same,” she shrugged, after finishing 22nd. “It’s just like another race, really.”

Except the reason her sport benefits from such unusually lavish British funding is that the Olympics should represent anything but just another event. This is, to be brutally frank, the only time in four years that the public pay even cursory attention to the human-cannonball absurdity of hurtling down an ice chute on a tea tray. Crowley is entitled to have a rotten day, or to struggle with her suit from her, but at the very least she needs to convince those skeptical of her Lottery support from her that she is not simply going through the motions.

To compound the indignity, the woman at the top of standings was Jaclyn Narracott, hailing from the celebrated hotbed of skeleton champions that is Australia. Her coach of her? None other than her boyfriend Dom Parsons, who took bronze for Britain in 2018. You could hardly draw a neater illustration of Britain’s travails in Beijing: as if they were not chastening enough that a rival is propelled to prominence by one of the nation’s own, it winds up benefiting another country that toils to be taken seriously as a winter sports power.

See also  Six Nations: Dan Biggar says victory over Scotland is one of his biggest wins for Wales

The reflex response to any criticism of Britain’s Winter Olympians tends to be: “Just look out of the window.” But the fact that theirs is scarcely a land covered in snow and ice should not by itself excuse them from blaming them for falling so dismally short of expectations. As an example, study Australia. Perisher, the premier ski resort in New South Wales, receives an average of 4.3 inches of snowfall in August, its peak winter month. Scotland’s Aviemore is broadly comparable, with 3.3 inches in January. And yet the Australian team continue to contrive means of punching above their weight, ending the first week in Beijing with a gold, a silver and a bronze. The British, by contrast, are in serious danger of departing an Olympics without a medal for the first time since Albertville 1992.

Jakara Anthony, Australia’s champion here in women’s moguls, refined her craft in Perisher, on a course created largely with fake snow. It is surely not beyond the wit of Britain to try the same. The national obsession with skeletons has run its course. How exactly do you inspire the next generation in such a sport when there is still not a single track in the UK on which to practise? If Britain is ever to shed its inferiority complex on this stage, it needs to start looking beyond the harvesting of low-hanging fruit.