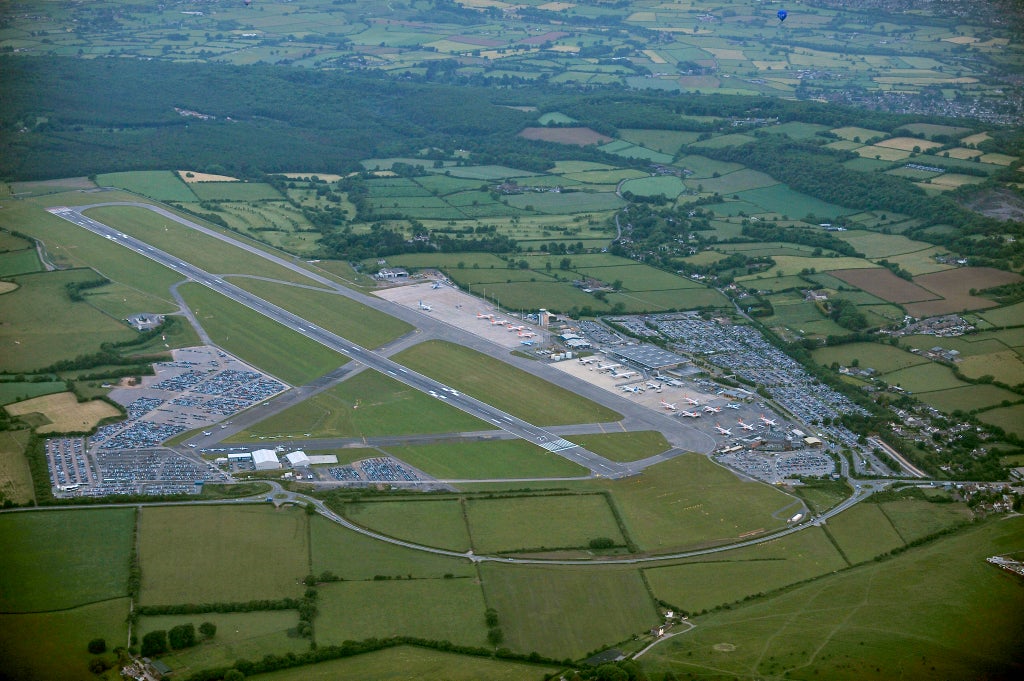 The government has given the green light for an expansion of Bristol Airport to the dismay of environmentalists and the council which originally rejected the plans.

The decision comes just weeks after the UK – which has committed to reaching net zero emissions by 2050 – hosted the global Cop26 climate summit.

Bristol Airport’s application to expand was originally rejected by North Somerset Council. But this was overturned by a government agency on Thursday following an appeal.

This means the airport will be able to go ahead with plans that will see capacity increase from 10 million passengers a year to 12 million.

The Planning Inspectorate, who made the decision, looked at how the proposal could impact air quality, the climate crisis and noise.

It concluded: “The balance falls in favor of the grant of planning permission.”

Carla Denyer, a Bristol City councilor and co-leader of the Green Party, said: “Allowing Bristol Airport to expand – more than doubling its capacity – is an outrageous decision that is totally incompatible with the climate emergency.

“The government’s intervention on the side of the airport goes against the wishes of local people, councils and elected representatives.”

North Somerset Council, which rejected the original application, said it is considering whether there are grounds for appeal.

“This simply flies in the face of local democracy and disregards the views of the local communities who fought equally hard to resist the expansion,” council leader Don Davies said.

“It completely undermines our vision for a greener North Somerset, our determination to tackle the climate emergency, and the target we have set for the area to be carbon-neutral by 2030.”

The Planning Inspectorate said there was no doubt the proposal “would increase CO2 emissions from aircraft”.

But considering factors such as national policy and measures already in place, it said: “The conclusion must be that the aviation emissions are not so significant that they would have a material impact on the government’s ability to meet its climate change target and budgets.”

West of England Metro Mayor Dan Norris criticized the government’s lack of policy on the expansion of UK airports.

“I am dismayed but not at all surprised by this decision. The government is in chaos on UK airport expansion as on pretty much everything else,” he said.

North Somerset Conservative MP Liam Fox said he is “hugely disappointed” at the appeal being allowed, and environmental campaigners also criticized the decision.

“The local transport infrastructure around Bristol Airport cannot sustain this amount of traffic without substantially impacting the quality of life in many of our towns and villages,” Mr Fox added.

Dave Lees, chief executive of Bristol Airport, said: “The decision is excellent news for our region’s economy, allowing us to create thousands of new jobs in the years ahead.

“We will now push ahead with our multi million-pound plans for net-zero operations by 2030 and look forward to working with stakeholders and the community to deliver sustainable growth.”

The airport said the expansion would add 800 jobs at the site itself and up to 5,000 more across the region.

It sai in a statement: “Bristol Airport put sustainability at the heart of their expansion proposals and will now push ahead with its multi-million pound plans for net zero operations by 2030.”

London flat mocked for £1,150 rent with the bath in center of living room

‘Like every other day:’ 10 lives lost on a trip to the store