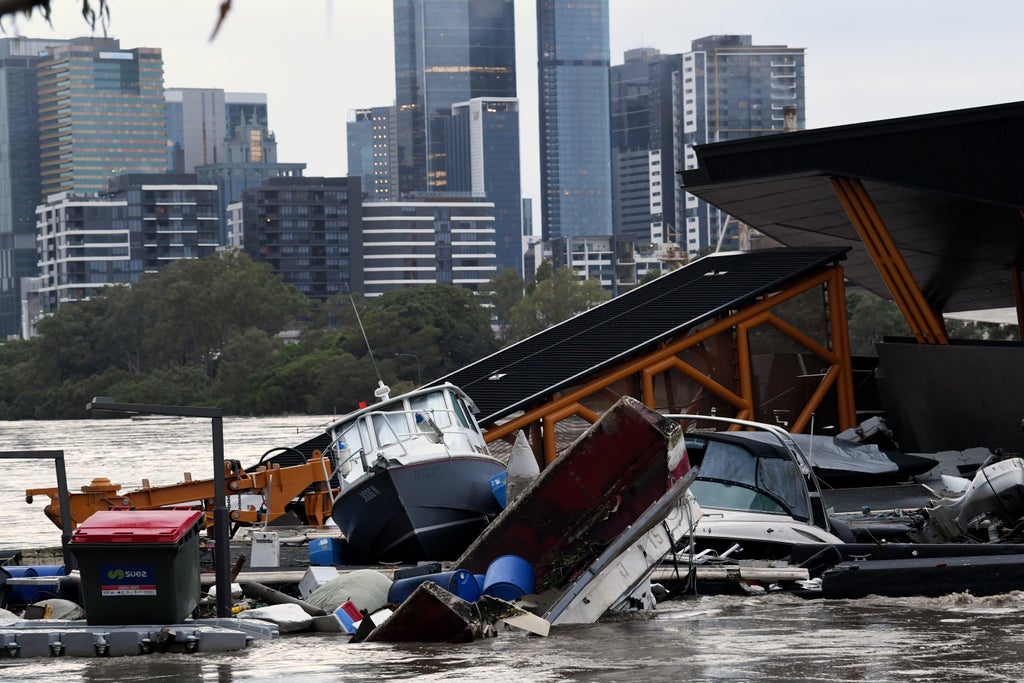 At least eight people have been killed after heavy rain inundated parts of Brisbane, in the worst floods since 2011 in Australia’s third most populous city on Monday.

In a statement, Brisbane Lord Mayor Adrian Schrinner said the floods are “very different” to 2011 when rain pummeled the region for five days, reported the Associated Press.

In 2011, rain had stopped days before the Brisbane river peaked and authorities had warned for several days of flooding downstream.

Authorities said the downpour had left thousands of homes and properties destroyed and inundated roads and caused power outages in several parts of Brisbane.

Over 50,000 homes across the southeast were without power on Monday afternoon, reported BrisbaneTimes.

Internet connectivity was lost in over 51,000 properties across Brisbane, Logan, Ipswich, Gold Coast, Sunshine Coast and Scenic Rim among others.

All eight flood deaths have been in Queensland, of which Brisbane is the capital.

The latest victim, a man in his 50s and his dog, were found dead in his car after it washed away in at Currumbin Valley about 3am on Monday.

Authorities said the search is on for a sailor in his 70s, who fell overboard from his vessel in the Brisbane river near the city center on Saturday.

The flood also inundated major roads including the Warrego Highway and Ipswich Motorway, while access to several Brisbane suburbs was cut.

At least 2,145 homes and 2,356 businesses in Brisbane’s suburbs were submerged in water on Monday while another 10,827 properties remained partially flooded.

While rainfall has eased in the region, storms are forecast later in the week which may cause further damage.

“We’re expecting more settled conditions today and continuing into tomorrow. From Wednesday onwards and the following five days, we see a return of the potential for severe thunderstorm activity with the risk of damaging winds, large hail and locally heavy falls,” Diana Eadie, from the Bureau of Meteorology, was quoted as saying by Guardian.

“We’re not expecting widespread rain as we have seen in this event, but with any severe thunderstorm, there is the potential that we could see very intense rainfall rates in some localized areas,” she added.