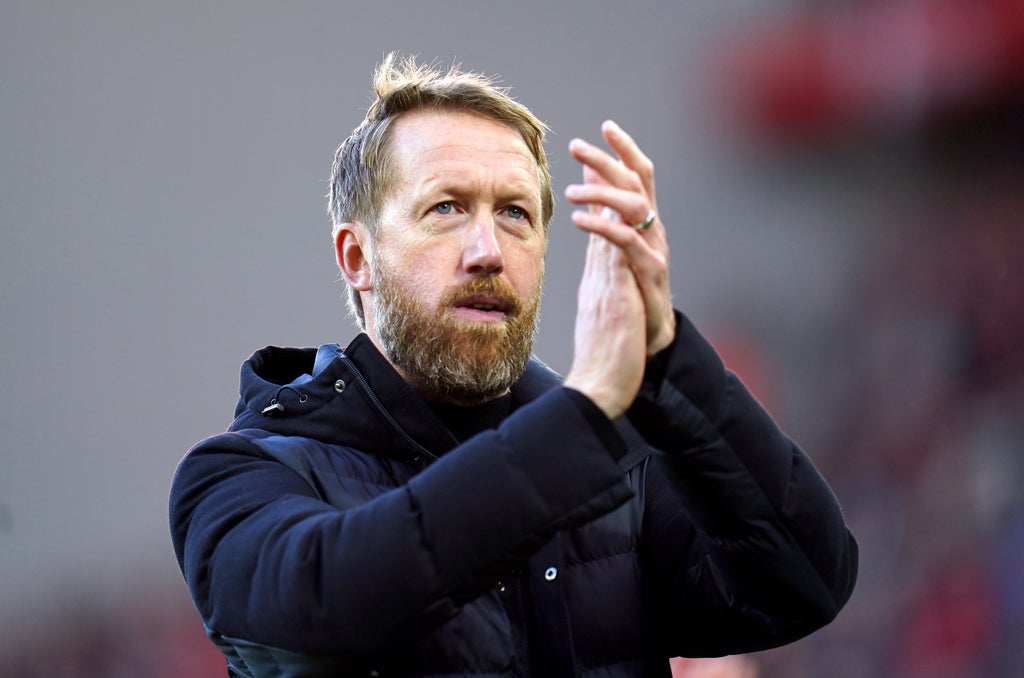 Dan Burn’s transfer from Brighton to Newcastle made few murmurs on football’s deadline day seismograph but it was an intriguing decision by Graham Potter to allow a versatile defender and semi-regular starter to join a rival Premier League club, and perhaps revealed something telling about Brighton’s plans to evolve.

Without time to source an adequate replacement, Brighton were well within their rights to tell Burn he was staying put. His departure from him follows Ben White’s exit last summer and leaves Potter’s squad looking thin defensively, given their tendency to play a back three and wing-backs. Only four senior centre-backs remain – Lewis Dunk, Shane Duffy, Adam Webster and Joel Veltman – and the latter is often needed on the right deputizing for Tariq Lamptey, who has been unlucky with injuries.

So why sell? Burn’s own wishes were a factor here: he grew up supporting Newcastle and a move to St James’ Park is the fulfillment of a childhood dream. “I can’t wait to step out in the shirt and to see what it feels like,” he said. “From sitting in the East Stand as a kid to now, it’s crazy.”

Financially it also made sense. For the 29-year-old Burn there were unlikely to many better opportunities to take up a two-and-a-half-year contract and a bumper pay rise; likewise for Brighton, who rejected Newcastle’s initial two offers, a sale of £13m meant good business for a player who turns 30 in May and who cost £3m from Wigan Athletic in 2018. It is the second-highest sale in Brighton’s history after White’s £50m switch to Arsenal. “We were not actively looking to sell Dan during this window,” admitted Potter, “but this represents a very good transfer for our club and the player.”

Tactically speaking, Brighton’s season so far can be split down the middle either side of their trip to Anfield on 30 October: before that 2-2 draw with Liverpool they almost exclusively used a back five, and since then they have predominantly used a back four . Their expected goals per game has improved from 1.1 to 1.3, while their expected goals granted has reduced from 1.4 to 1.0. There are other factors at play in that improved form, but clearly Brighton can be just as defensively stable and keep clean sheets with a back four, and it goes some way to explaining why a defender’s transfer was sanctioned.

Is this the next evolution of Brighton under Potter?

Their recent form has been very promising and adventurous, too: playing a back four has allowed Potter to deploy an extra attacker. The line-up against Leicester at the King Power Stadium at the end of January was filled with forward-thinking players in a notional 4-3-1-2 formation: Leandro Trossard and Neal Maupay led the attack with Jakub Moder in behind, Pascal Gross and Alexis Mac Allister pushed forward from the sides of a diamond midfield, and full-backs Veltman and Marc Cucurella were given license to push up. In a performance full of parallels to their match against Crystal Place a week earlier, Brighton dominated possession and chances and were unfortunate to only draw.

Potter is never one to stick to a particular formation for long but recent performances have been impressive and a back four could now form the basis of the rest of their season. Duffy and Dunk are fit after recent ankle and knee injuries respectively (their recent improvement has come about despite the captain’s absence), while Lamptey’s gradual reintroduction to the first team has freed Veltman to provide central cover. They only have 16 more league games to get through before the hierarchy can reassess defensive options this summer.

One source at Brighton also told The Independent that the club’s crop of promising young defenders coming through the academy made Burn’s easier to accept. Technical director Dan Ashworth told the excellent Training Ground Guru podcast how, when a gap opens up in the senior squad, the club’s first port of call is to consult academy manager John Morling and Under-23s coach Andrew Crofts on the readiness of youth prospects to step up. The 19-year-old defender Haydon Roberts is one example: he had a successful loan spell with Rochdale last season and has featured for Brighton’s senior side in the Carabao Cup. There was talking of him going out on loan again this month, but he remained at the club. Before Burn’s comes out, Potter said: “It is difficult for Haydon, he is competing in a really strong area of ​​the pitch for us. I think he has to be patient.” There is now one less senior player in his path than him.

As Potter put it, Burn’s transfer looks like a good move for all parties. It is a welcome fee for Brighton and, barring a major defensive injury crisis or Covid outbreak, they can get by without him as key players return from injury and youth prospects plug the gap, particularly if Potter is set on playing a back four. The manager’s acceptance of the move suggests the recent more attacking, bold Brighton could be here to stay.