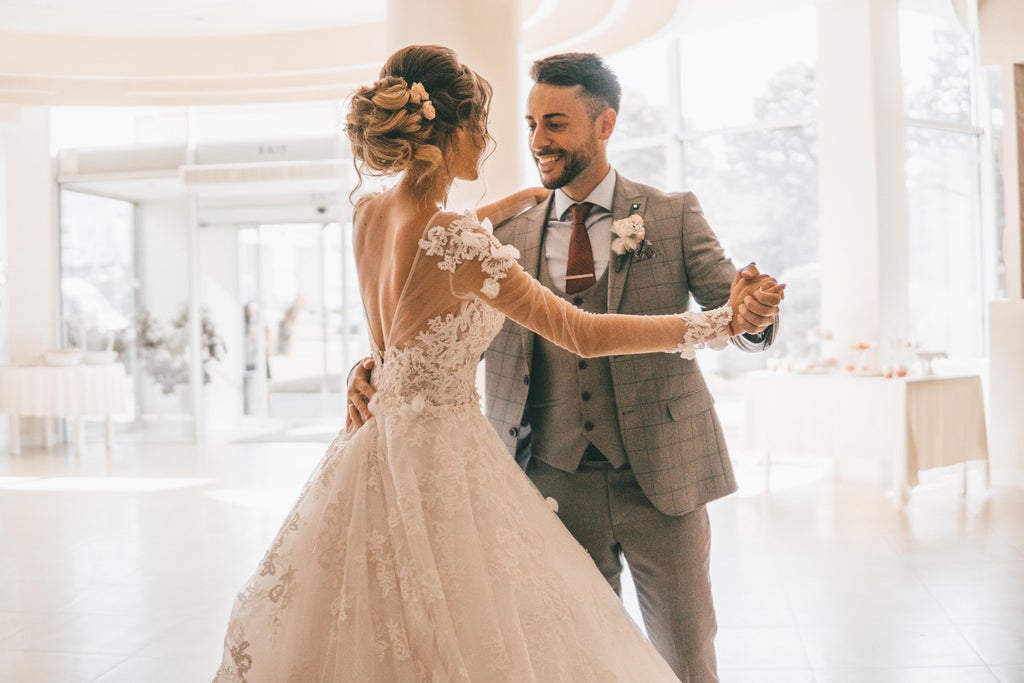 A bride’s parents are filing a $5m lawsuit against a hotel for a “severe” noise restriction that occurred during the wedding reception.

speaking to The New York Post on 6 February, Marjorie Newman, mother of the bride, detailed how her daughter’s wedding at Brooklyn Pier 1 Hotel had to get moved to a “dingy” room off-site, due to the fact that the party was too loud at the hotel.

“It was very, very devastating,” Newman said. “This was supposed to be her night to shine and it was all taken away from her.”

Jessica Alovis and Matt Alovis had their wedding ceremony at the hotel on 18 September, with 200 guests. Marjorie and her husband, Russell, detailed how pricey the wedding was in the lawsuit, shared via the post, as they spent $150,000 on only the flowers.

However, after the reception had already begun, the couple discovered one of the hotel’s rules was that the music had to be at a restricted volume. The family said this made the audio “woefully low” and guests could barely hear it.

The lawsuit claims that the DJ refused to raise the volume, so the party was moved to a smaller and darker room in the building next to the Brooklyn Pier 1 Hotel.

All attendees were moved to what was described in the lawsuit as an “afterparty” room, which only fit 60 people.

“There was nowhere to sit,” Marjorie told post. “There was not one flower in that room. Most of the adults, besides our very good friends and family, left at this point because really no one had a clue of what was going on.”

According to her father, Jessica was completely devastated about this change of venue.

“After about a half-hour into this, she was hysterical and crying,” Russell said about his daughter. “This is not how she envisioned her dream wedding.”

“[Jessica Alovis] has a problem looking at her wedding album and she gets upset every time she sees the pictures,” he added. “It was a horrific situation that was avoidable.”

Russell also noted that the noise restriction was due to the residential condos nearby the hotel. However, this rule was passed three weeks before the wedding, and the hotel reportedly didn’t make the bride and groom aware of it.

According to the lawsuit, Jessica’s family is requesting $5m for the wedding, which was “destroyed” due to “a breach of contract” and “deceptive concealment” of the sound restrictions. The family is also demanding this money as a result of the “infliction of emotional distress” caused.

“There were countless hours spent over at least one year planning period for what should have been a once in a lifetime special event which was single handily destroyed by the egregious actions of the defendants,” the lawsuit reads.

speaking to The Independent, a representative for Abraira said that she has “no comment at this time as she has only been made aware of this legal suit via the media.”

The Independent you have reached out to Marjorie and Brooklyn Pier 1 Hotel for comment.