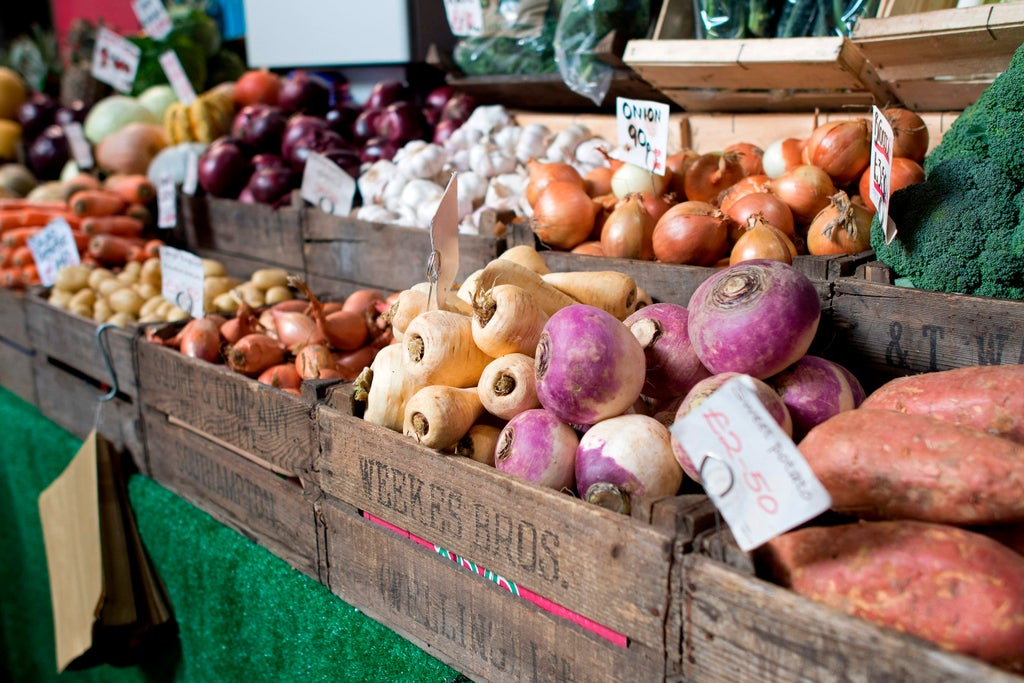 UK shoppers will see fewer food options and steep price rises as EU suppliers shun the UK for a latest round of Brexit red tape, retailers and shippers have warned.

Specialty food stores in particular are being hit hard by the red tape introduced on January 1 and some fear their businesses will no longer be viable when physical checks on food imports are introduced in July.

One carrier compared Brexit to “death by a thousand cuts” as EU companies increasingly avoid the UK with each new round of red tape and delays.

At London’s Borough Market, traders selling wares from around the world should be gearing up for a good year as the pandemic recedes and tourists begin to return.

Still, many in the famous market are nervous, said Klaus Kuhnke, owner of German Deli, which he founded in 1999.

Its administrative and transport costs have doubled, and shipments take more days to arrive than before Brexit.

To use an example: a packet of yeast that could sell for a couple of pounds now faces customs charges of £5 on the UK side and €5 on the EU side.

“I can’t stock that product anymore. Where’s my margin? I’m paying more for management than for the product itself,” he said. “This is all stupid and pointless.”

When physical food controls are introduced in July this year, Kuhnke estimates that we won’t be able to offer about a third of the products we have now.

“My fear is that I will no longer have a viable business,” Kuhnke said.

The logistics company that he had used for 20 years recently told him that it would no longer transport his products because it was not worth it.

Two of German Deli’s suppliers have also said they will no longer ship products to the UK. “They can’t be bothered to fill out the extra paperwork.”

“As a small business, we just hope that the big guys make such a fuss that things get fixed.”

“The same may happen under the new UK import controls introduced this year. Some EU companies may decide there are easier places to do business than the UK,” he said.

Since January 1 this year, certain food imports must be registered in a system called IPAFFS which has had teething problems and is not yet fully operational.

Shipments must have current customs declarations and can now also be selected for physical customs checks, which means they must drive to a facility and wait.

Trucks leaving the UK have also faced lengthy delays, in part because they now have to present what is known as a GVMS number at the port. Checks of even a few minutes can cause long delays at Dover, further driving up costs.

Shane Brennan of the Cold Chain Federation, which represents refrigerated truck companies, warned that the new system had not yet been properly tested and the problems could get worse.

“The real test of all this will be when exporters and specialist carriers outside the UK try to use the system. Will they encounter further delays?

“Most likely, when faced with the realities of the extra work and cost involved in trading across the EU-UK border, they will decide not to.”

Niraj Agrawal, compliance manager for PML, a shipping company that specializes in moving perishable goods, said the new rules had significantly slowed down the process of importing goods.

“Until January 1 there was free movement of traffic in the UK. Even if a truck did not have customs declarations, it would be allowed to pass through the port and hand it over to the customer.

“Now they cannot pass through the port of departure in the EU without a customs declaration or special authorization.”

Carrier Julie Bates now barely moves small shipments because it’s too expensive and too time-consuming. Some customers have stopped importing and exporting altogether and new import controls on the UK side have made the situation worse since January 1, she said.

“Now we have well-known food companies struggling with new paperwork to export their products this year. It’s pretty scary. They’re stuck not knowing what to do.”

Freight prices to move goods to the UK have been rising since last year and will be passed on to the consumer, he said. In addition to the shortage of drivers, long queues and delays on both sides of the Channel increase costs.

“The fees may deter EU companies from selling in the UK and we now have fewer and fewer options in the UK,” he said.

“If we don’t buy from the EU, where do we buy from?

“Having worked in freight since 1985, this is the worst I have ever seen. Switzerland is a piece of cake compared to this. I am drowning in extra red tape.

“I can’t understand why we have basically imposed sanctions on ourselves.”