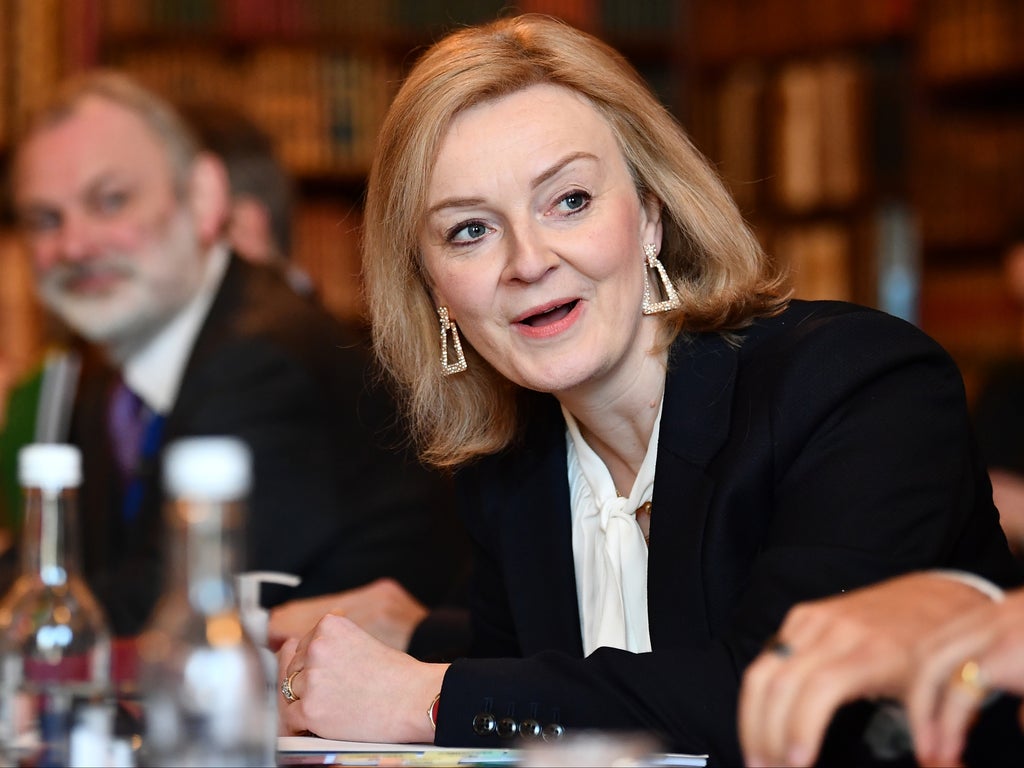 The DUP has set February 21 as a new deadline for Foreign Secretary Liz Truss to deliver a solution to the Northern Ireland Protocol issues, as the post-Brexit dispute continues.

Prime Minister Paul Givan warned that unilateral action would be necessary if an agreement with the EU to ease controls on goods moving between Northern Ireland and Britain cannot be reached within weeks.

After meeting with Ms Truss on Thursday, the DUP senior figure said he had referred to February 21 as an “important date” for the progress of his negotiations with Brussels, the day a summit is held. of the Joint Working Committee on the Withdrawal Agreement.

Givan suggested a breakthrough must be achieved by then, again raising the threat that DUP ministers in Stormont would act to stop Brexit checks at Northern Ireland ports.

“I have emphasized the absolutely critical nature of that progress being made, because the protocol is causing instability in these institutions, it is damaging our economy and this is having a very real impact on Northern Ireland,” Givan said.

The prime minister added: “So we need to see that progress, we need to see it imminently and we also need the UK government to take action if there is no agreed outcome.”

Givan said his party colleague, Edwin Poots, will order a halt to the controversial checks after a failed attempt to secure broader approval from the Stormont Executive to proceed with them. “That is something the DUP has said we were going to do, and we are going to do it.”

Ms Truss shared her determination to secure an agreement on the protocol that can build support in Northern Ireland after a day of meetings with business and political leaders from the region.

The chancellor said: “What I want is a deal that works for everyone. We are making progress. I want to make significant progress by February. That’s important, but it’s important that we secure the support of all communities in Northern Ireland, including the Unionist community.”

Sinn Fein warned that any attempt by the UK government to suspend the protocol by activating its Article 16 mechanism would cause more uncertainty in Northern Ireland.

The foreign secretary recently insisted there was a “deal to be done” and agreed to enter into intensified talks with Brussels following a meeting with European Commission Vice President Maros Sefcovic.

However, Sefcovic reportedly told member states that he is “frustrated” with the talks and that “there is no prospect of an imminent breakthrough.” It came despite Brussels officials referring to an improved “atmosphere” since Ms Truss took charge of the negotiations late last year.

The EU negotiator is also said to have told a private meeting of the European Parliament that the talks should be concluded by the end of February ahead of Northern Ireland’s May election campaign.

However, despite the apparent thawing of some of the tensions between Brussels and London, Boris Johnson risked escalating the dispute yet again on Wednesday when he accused the bloc of implementing the protocol in a “crazy” and petty manner.

Speaking in the House of Commons after being challenged by DUP leader Sir Jeffrey Donaldson, he said: “I never thought, we negotiated, that it would mean 200 companies would stop supplying Northern Ireland, food would be blocked and cards would be charged. of Christmas”.

“Frankly, the EU is implementing this in a reckless and petty way, we have to solve it,” the prime minister added.

Asked about Ms Truss’s comments today regarding the importance of February, the Prime Minister’s official spokesman told reporters: “We have never put a particular date on things, but as you know, it has always It has been our intention to reach an agreement as quickly as possible. ”