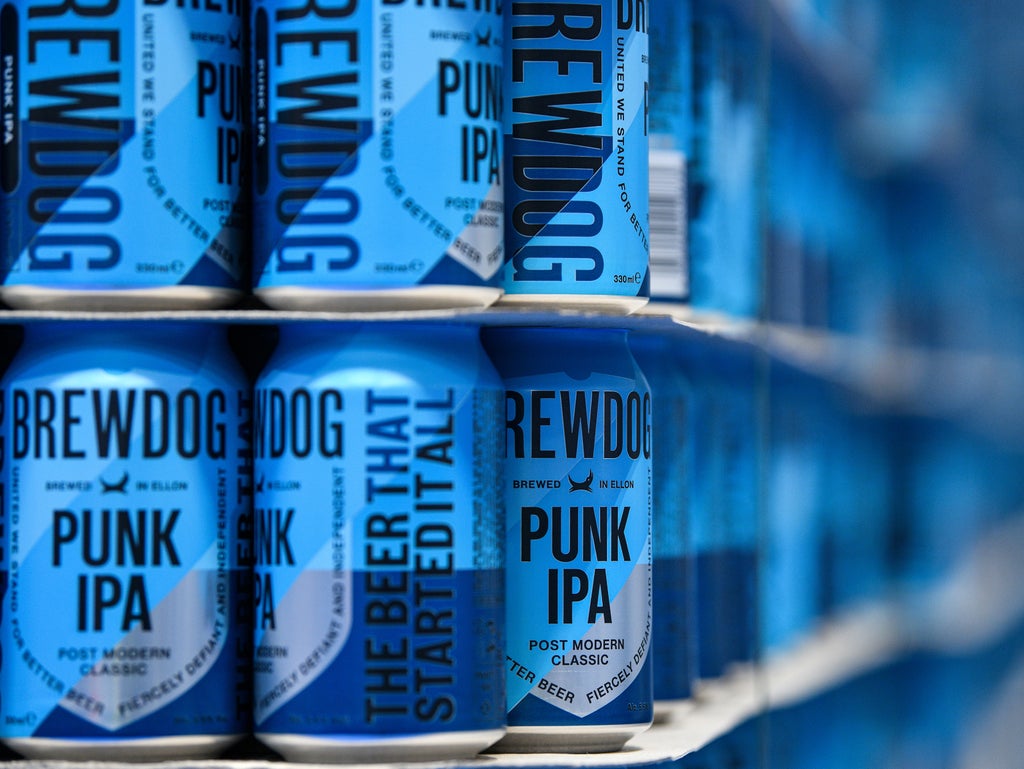 BrewDog has been accused of having “lost the plot” over an environmental scheme in Scotland that could involve shooting animals dead to clear land for planting trees.

The beer company – which says it plants trees where it cannot reduce emissions – has bought thousands of acres of land in the Highlands for the new project.

Documents show local hare and deer populations are considered a threat to the success of the new woodland near Aviemore.

Proposals say these animals found within fenced-off areas of land should be shot, if non-lethal methods to drive them out do not work.

It has also been suggested an extra 100 deer should be culled on top of normal numbers to manage the impact of “loss of forage and shelter” from the Lost Forest project. A BrewDog spokesperson said this plan was set by Scotland’s nature agency.

Deer numbers are managed in Scotland through cull, with authorities saying this is necessary to protect tens of millions of young trees at risk of being eaten by the animals.

While Scotland changed their rules two years ago to give mountain hares more protection from being killed, the country’s nature agency says these animals can still be “legitimately controlled” under license for certain purposes including to protect young trees – which they feed on.

But an animal rights charity has raised concerns about how Brewdog’s plans for planting more than a million new trees could affect local animal populations.

Elisa Allen, from Peta, said: “BrewDog has lost the plot and will lose its customers if it thinks that blasting mountain hares and deer with shotguns is going to help restore lost forests, these species’ natural home.

“All it will mean is the slaughter of many of the beloved animals who live there.”

The charity’s director added: “If the company wishes to retain any of its ‘planet-friendly’ credentials, it must remember that the planet is home to more than just humans and switch to one of the humane, sustainable methods of population control that exist – or risk losing all credibility.”

BrewDog – which claims to have become “carbon negative” in 2020 – says when it cannot reduce carbon emissions, it takes twice as much carbon out of the air as it emits through planting schemes.

It purchased the Kinara Estate in the Scottish Highlands – encompassing more than 9,000 acres of land – where it plans to start planting its own trees this year.

The company has called this Lost Forest scheme “one of the largest reforestation and peatland restoration projects the UK has ever seen”.

Public consulation documents – which are linked to an application for funding from the Scottish government – have shed light proposals for the woodland.

These suggest putting up fencing to protect the trees from deers as “large-scale afforestation” would not be possible without appropriate management.

“Deer found within enclosures will be driven out and where this is not successful deer will be shot within season or under license if this falls out of season,” one document says.

Hares in the Scottish Highlands also threaten the success of new woodlands due to damage caused by browsing, according to another.

Proposals suggest the preferred method for removing hares from enclosures would be getting people to drive them out – but where this is not possible or fails, they should be shot.

Brewdog says it aims to plant 1.1 million native trees to the area in the Lost Forest project and is now waiting for a decision on a grant from the Scottish government.

A company spokesperson said: “Herbivore management is essential for the successful establishment of new woodland. This is true of the Lost Forest, but it is true of any afforestation project. The density of herbivores has to be within a tolerance that allows woodland to establish.”

They said the company had consulted with revelant Scottish authorities about their plans, which involve fencing off new woodland creation areas to keep deer and hare out. Fences would be removed once woodland areas have established – which is estimated to take between 10 to 30 years.

“We will be monitoring deer and will do damage to the new woodland creation areas. If the damage exceeds the acceptable tolerance, control will be required to bring damage back to within the acceptable levels,” the company spokeperson said.

“Any control of herbivores will be implemented by qualified wildlife managers in full adherence of the law. This includes under license from NatureScot where required.”