Skip to content
Home News Brett Hankison: Who is former Louisville officer as trial over Breonna Taylor raid gets underway? 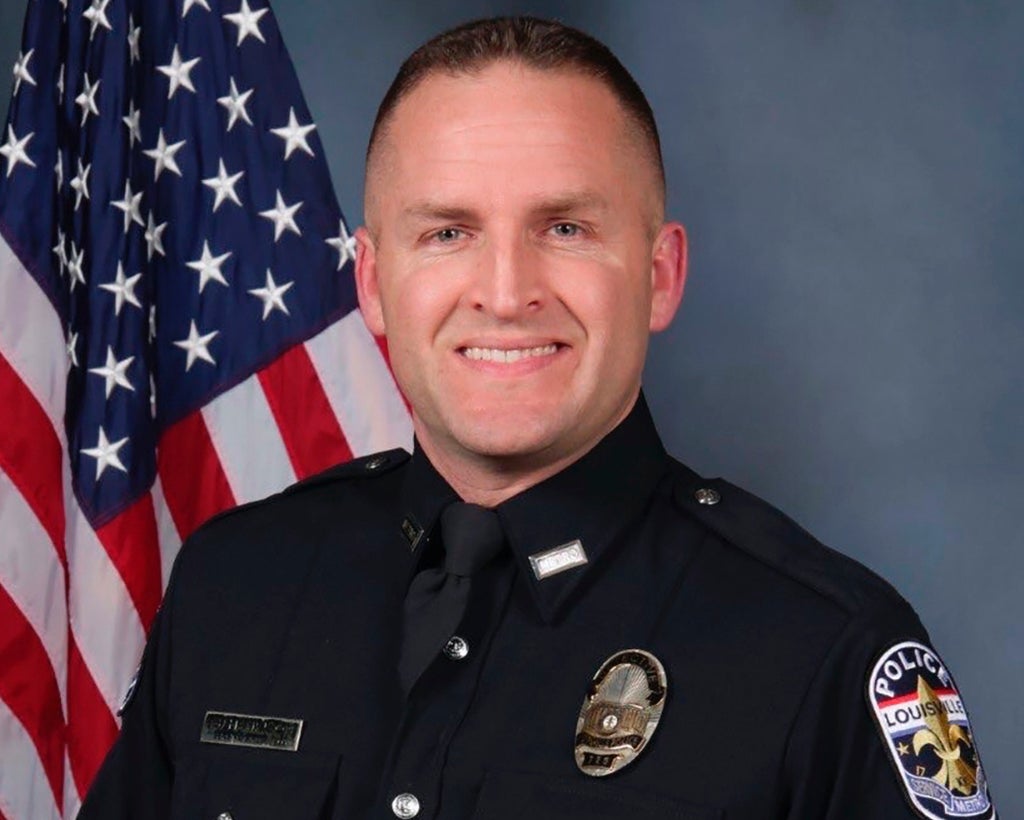 Opening statements have begun in the trial of Brett Hankison, one of the officers involved in the highly controversial 2020 no-knock police raid that killed Breonna Taylor, a 26-year-old Black woman, in Louisville, Kentucky.

Officers say they knocked on the door and announced themselves, while Taylor’s boyfriend, Kenneth Walker, says he asked who was at the door and got no response. He shot his legally owned pistol at officers once they broke down the door, and they returned fire, striking Taylor six times and killing her.

Mr Hankison, who was fired from the Louisville Metropolitan Police Department, is the only officer tied to the 13 March 202 raid to receive any criminal charges. They are not related to Taylor’s death from her, but rather to the 10 shots he fired which passed through her apartment from her and into a neighboring unit. The Kentucky attorney general ruled the other officers’ conduct was justified, since they were fired upon first. The former LMPD officer has been charged with three counts of felony wanton endangerment and could face up to five years in prison if convicted. He has pleaded not guilty.

Here’s what you need to know about Brett Hankison:

No. According to prosecutors, none of the former officer’s bullets struck Taylor. Rather, they passed through a glass door and into the next apartment over, where they came perilously close to hitting the home’s three residents: Cody Etherton, his pregnant partner Chelsea Napper, and their five-year-old son, who was asleep when the raid started.

“This case is about Cody and his partner Chelsea (Napper), who was seven months pregnant at the time, and their 5-year-old son, who was sleeping in the bedroom closest to the front door when the bullets ripped through the apartment and out their sliding glass door, into the night,” Kentucky Assistant Attorney General Barbara Whaley said in her opening statement.

Mr Hankison has maintained that he only started shooting once his partner, former police sergeant Jonathan Mattingly, was shot in the leg. Mr Hankison has also claimed he saw someone holding an “AR rifle”, though investigators only located Breonna Taylor’s boyfriend’s legally owned Glock pistol.

“He was justified,” Mr Hankison’s defense lawyer Stew Matthews said on Wednesday, adding that the former officer was trying to “defend and save the lives of his brother officers who were still caught in what they call the fatal funnel in that doorway”.

Was Brett Hankison disciplined after the Breonna Taylor killing?

And it is. The officer was fired on 23 June 2020, and police officials wrote a scathing letter explaining their decision.

The then-police chief wrote that Mr Hankison’s actions were a “shock to the conscience” and “created a substantial danger of death and serious injury to Breonna Taylor and three occupants of the apartment next to Ms Taylor’s”.

“You have never been trained by the Louisville Metro Police Department to use deadly force in this fashion,” the letter continues.

I have appealed the firinga process which will be on hold while his trial continues.

Does Brett Hankison have a record of alleged misconduct?

And it is. Thought Brett Hankison has received multiple commendations on his police work from him, and once served on the Louisville Police Merit Board, after being chosen by his fellow officers, he has a lengthy record of alleged misconduct.

He has been accused multiple times of sexual misconduct, including a 2008 allegation he didn’t arrest a woman because she gave him oral sex, and a 2015 allegation that the officer offered to eliminate a ticket in exchange for sex. The LMPD investigated both matters and found no wrongdoing. He was also accused multiple times on social media of offering women rides home from bars when they were drunk and sexually assaulting them.

Mr Hankison has not appeared to publicly comment on the allegations, and his attorney did not respond to a request for comment from The Independent.

Elsewhere, the former officer had fifty separate internal incident reports or allegations of misconduct on his record, though none appear to have led to formal discipline. He was reprimanded twice by former LMPD chief Robert White after Mr Hankison was found to have violated department regulations on evidence-gathering and medical twice during investigations in 2005 and 2009.

TO federal suit from a man named Kendrick Wilson accuses the former officer of arresting him three between 2016 and 2018, as part of a contentious relationship between the two over having relationships with the same woman. The suit calls Mr Hankison a “dirty cop with vendetta.” The former officer has denied the allegations.