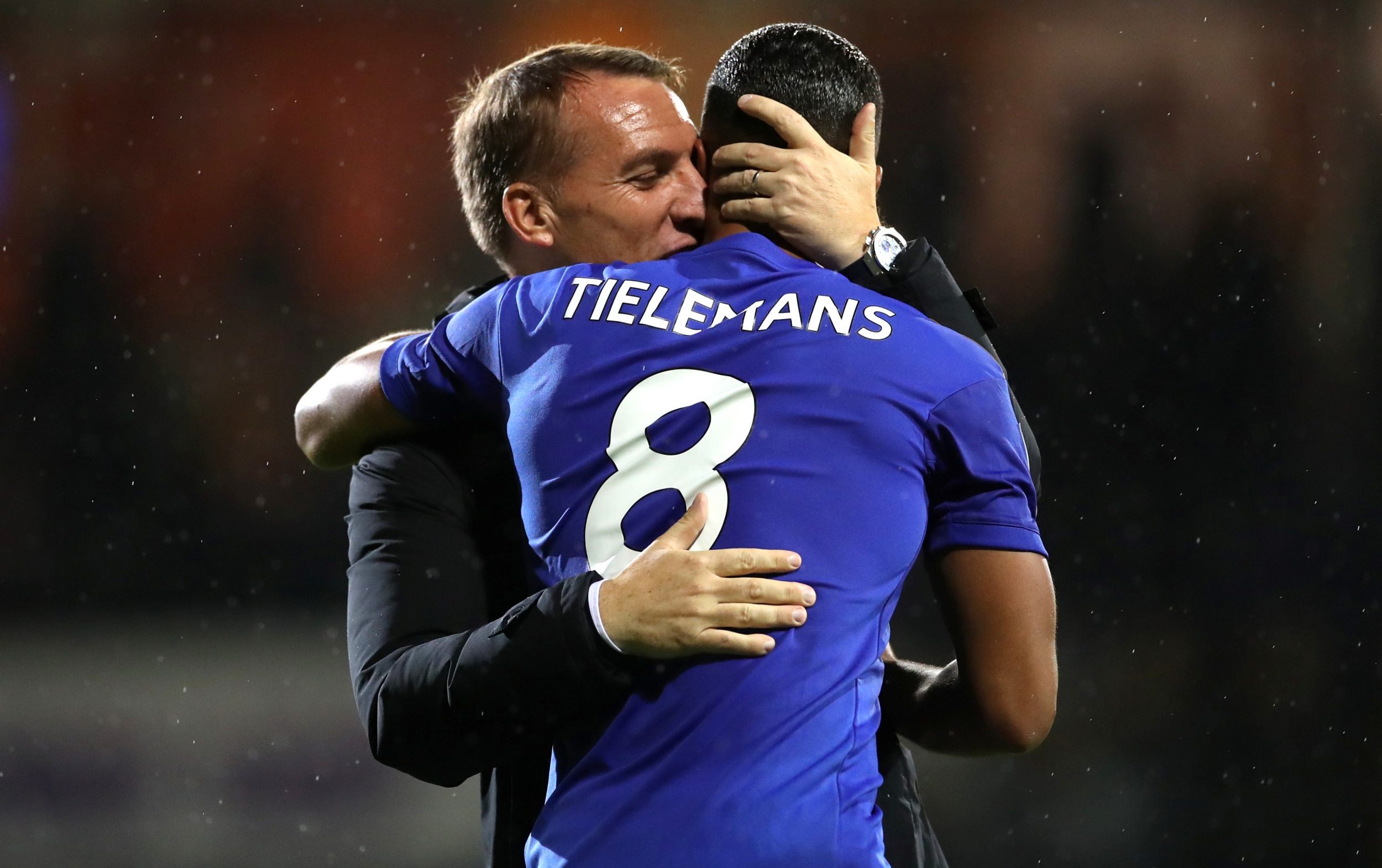 At Wembley in May, it felt like one of the great partnerships – Brendan Rodgers and Youri Tielemans, the coach who always finds a way and the young Belgian, signed as a prodigy and honed into an FA Cup final match-winner while wealthier clubs wasted fortunes signing players much less transformative.

Whatever has happened to Leicester City since, that day still stands – winning a major trophy with a club outside the dominant elite has been beyond so many coaches, including some who managed in that elite. That Leicester had done it before in arguably the most extraordinary defiance of the odds five years earlier only made it more remarkable. The club could have lived off the memories of 2015-2016 for the next 30 years and yet here they were with standards raised, and expectations soaring, doing it again.

As with Claudio Ranieri, one of his recent predecessors, the big question for Rodgers was always: what next? That is never the issue when the trophy is in your hands and the only fans left in Wembley are yours, but that moment always comes so much quicker than anyone expects. For Ranieri in 2016 it arrived like an express train. Almost as soon as he had settled into his unfamiliar new status of coach emeritus, opera’s man of the football people and the signatory on several lucrative commercial deals, it was gone.

For Rodgers, the question is the same. Leicester will always eventually sell their best players and their status as the last stop on the line before a club in the elite is well established. If he needed a verdict on dealing with that thorny question then it has been delivered without remorse by Tielemans, his Wembley goalscorer. No room for sentiment in his career strategy. He will not sign a new contract at Leicester and in doing so he has made clear what he thinks. The FA Cup final was a great day but the future will be somewhere else and, with just one year left on his contract post-season, that moment is coming soon.

It will not be simple, given that this has not been a good season for Tielemans, interrupted by injury and then a general form slump in which he was substituted in the FA Cup defeat by Nottingham Forest and then dropped for Thursday’s visit to Anfield. With Liverpool one of the most heavily trailed potential destinations for Tielemans, that will have stung. No doubt his form will be factored into whether Liverpool and other suitors feel compelled to act this summer, although they will be aware that he is an excellent footballer nonetheless.

As contract talks petered out last month, Rodgers was sympathetic to Tielemans’s career plans, but of late the understanding has been running out. His pointed comments from him after the Forest defeat about certain players needing to prove they have the requisite quality look as if they have been aimed at-albeit not limited to-Tielemans. The pressure is on himself, too, Rodgers admits, although it never really goes away.

He made good in the best days, securing that new contract in late 2019 when Arsenal were interested. Last season’s FA Cup was the club’s reward on that lucrative deal, although now the momentum that Leicester carried to two fifth-place finishes is ebbing. Old patterns are emerging, as they did on a greater scale after the 2016 title with that team’s leading players. There are also the cycles of injury, form – all the usual problems – but it also makes you wonder if Rodgers looks at Tielemans and sees something of his own thwarted career plans.

For an ambitious manager, the route back to an elite club is not easy. The Manchester United job will be available in the summer, and Pep Guardiola’s pledge to step away from Manchester City in the summer of next year – real or not – has precipitated some fraught succession planning. To land one of those jobs, Rodgers will have to be in the right place at the right time to make an irresistible case. He might need a few riders to fall along the way. He may need a lot of luck. But it certainly does not feel like he will get there under current circumstances.

As for Tielemans, there is the inevitable tension between manager and player when it looks like priorities are shifting and sights are being set elsewhere. The mood among fans was that Leicester needed to reach the Champions League to keep their best young asset and when that attempt failed there was resignation that a parting was inevitable. As results have tanked in recent weeks there has been more dismay, especially given his contribution against Forest.

Against West Ham United on Sunday, Leicester face the club in the position they might have expected to be at the start of the season: exciting young players, a manager once written off at a big club now enjoying a stirring renaissance, and knockout European football to look forward to. How swiftly it can all change, and amid the sweetness of success, David Moyes will also recognize the potential for the ground to shift again. West Ham’s contractual security over Declan Rice is not quite as urgent as that of Tielemans but ultimately the big picture is the same.

Rodgers’ problems have been nothing like as Dire as Ranieri’s were in his post-title season but even so it feels like the relationship between manager and club has changed. Three years since his appointment of him, the first stage has ended and he is into a difficult second act. At least one good player is leaving and the capabilities of others are being publicly challenged by the manager. Club and manager need one another and the partnership has been one of mutual benefits, although doing it twice is even tougher.