A three-year-old boy who died in a dog attack in Rochdale has been named as Daniel Twigg.

The youngster was fatally attacked at a property on Carr Lane in Milnrow on Sunday afternoon (May 15). Police said he had been outdoors with several dogs when he was seriously injured.

Daniel was rushed to hospital from the scene, but he tragically died a short time later. One dog has since been put down and several others have been seized.

Today (May 17), a spokesperson for Greater Manchester North Coroners’ Office confirmed a file in Daniel’s name had been received. An inquest into his death will be held at a later date.

Police remain at the scene on Carr Lane as a complex investigation continues. Detectives said inquiries in relation to the dogs are ongoing.

In the force’s most recent update, police said no arrests had been made. Officers are reviewing ‘other incidents of note’ and a referral has been made to the police watchdog due to ‘previous contact’ with the force.

Meanwhile, a woman told the MEN how she made a complaint to police last year after she was mauled by a dog while she was walking on a footpath just yards from where the fatal attack happened. Kia Walker, 19, suffered horrific injuries to her arm.

It is not clear if the same dog was involved in the attack on the boy. Kia was on a walk when she claims two dogs running loose on the public path attacked her, with one jumping up at her and one biting her arm in April last year.

“It’s sad really, because maybe people would’ve done more about it and it could’ve saved a little boy’s life,” she told the MEN

She said she made a complaint to the police, but added: “They just said that the investigation couldn’t go any further because there wasn’t enough evidence”. Police said Kia chose to take no further action.

GMP Assistant Chief Constable Scott Green said: “Our thoughts, of course, remain with the loved ones of the young boy who so sadly died following yesterday’s incident. Specially trained officers have been deployed to support them.

“A thorough investigation is ongoing to establish the full circumstances surrounding this incident and review other incidents of note. Due to previous contact, GMP’s Professional Standards Branch is making a referral to the Independent Office for Police Conduct.

“It goes without saying that this news will have had an impact on the community. I can reassure members of the public that any criminal offenses identified by our inquiries in relation to this incident will be dealt with accordingly by ourselves and our criminal justice partners.

“We are aware of speculation on social media and ask that members of the public and the media refrain from engaging in speculation at this time until our investigation is complete and any subsequent criminal proceedings have concluded.”

Anyone with information should share it via 0161 856 7386 or gmp.police.uk. Information can also be shared anonymously via the independent charity – Crimestoppers on 0800 555 111. 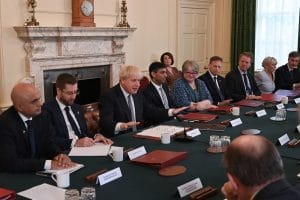